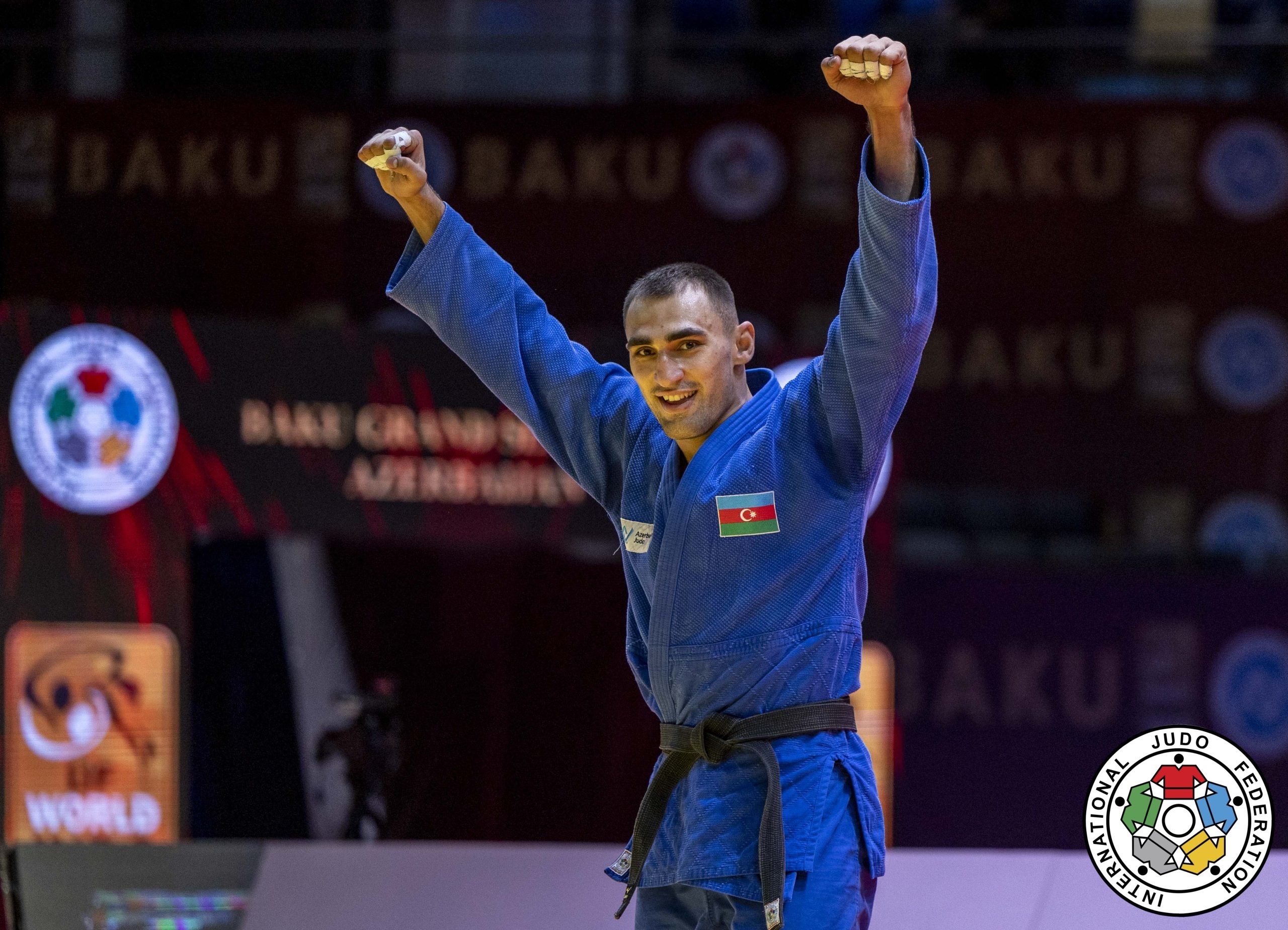 On the last day of the Baku Grand Slam, Zelym KOTSOIEV (AZE) kept up the momentum for the home team and secured a gold medal in the -100kg category. It was a proud day for the Azeri home crowd, the children cheering, the musicians drumming, assisting their athletes throughout the day and celebrating each win with pride.

Aleksandar KUKOLJ (SRB) was given the task of facing Kotsoiev, as well as the home crowd, in this particular final and gave a convincing defence, however his own ko uchi was countered by the Azeri with some fancy ashi waza of his own, completely taking the Serbian off his feet before they had reached the half way mark of the contest. 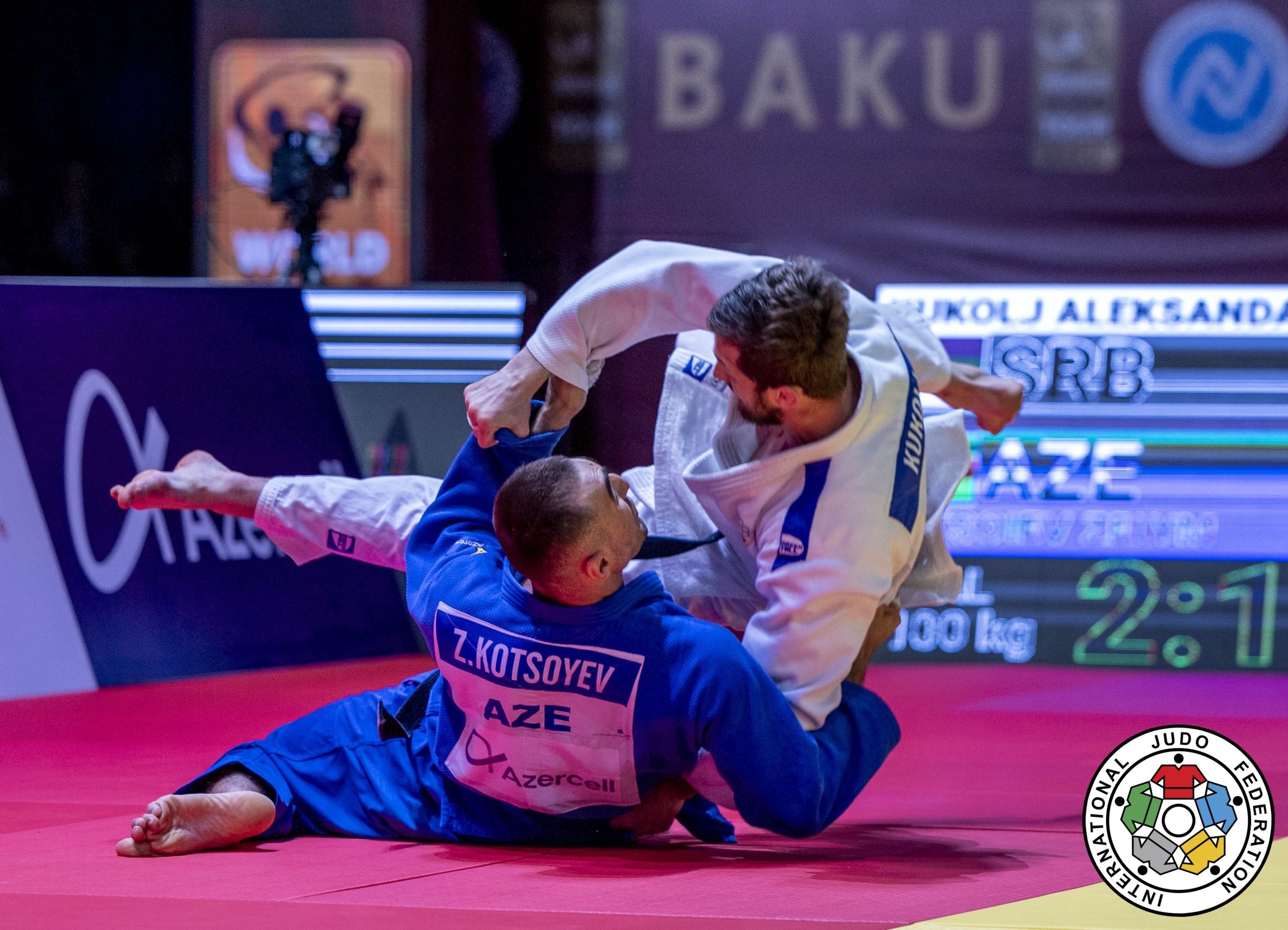 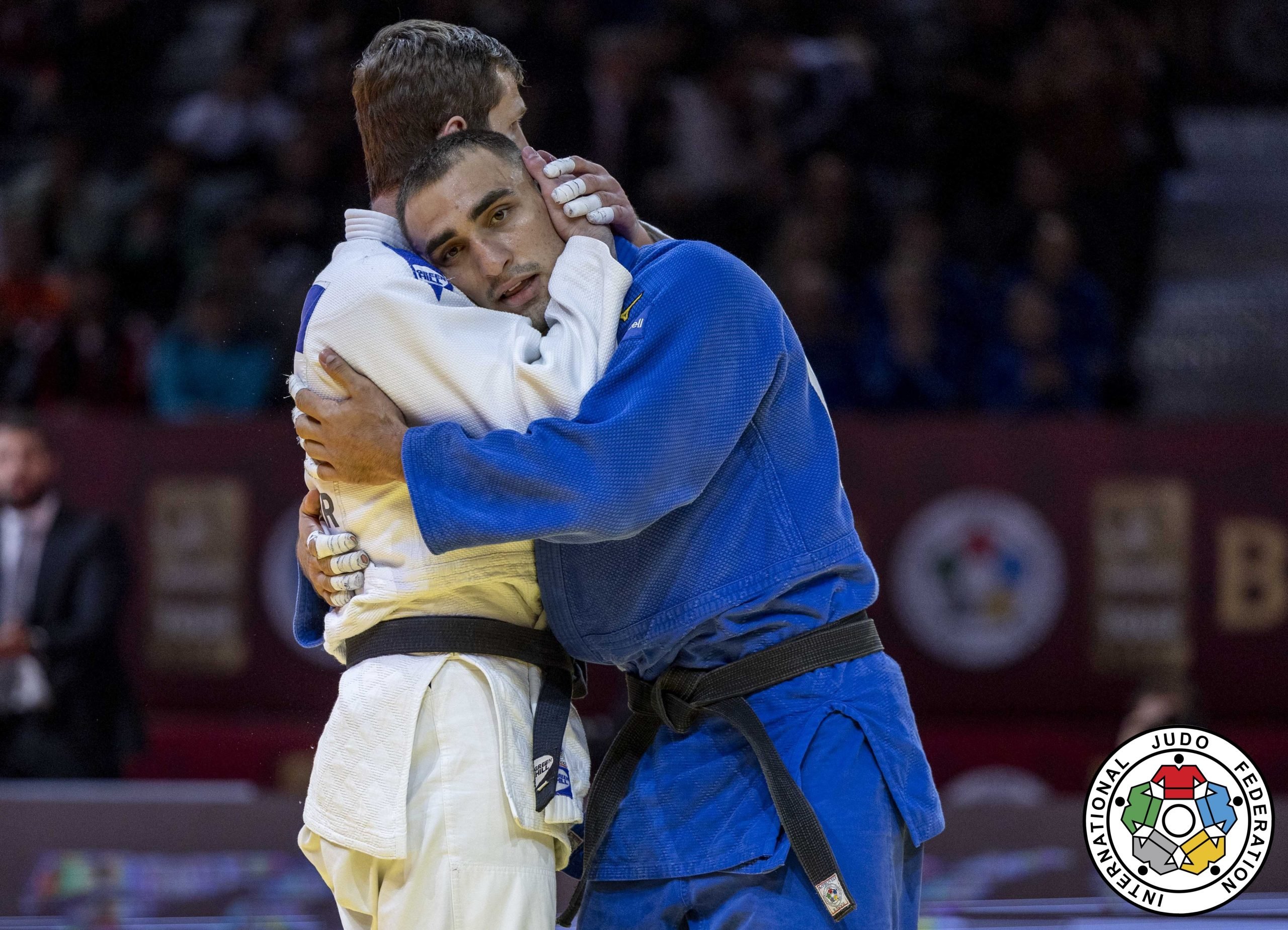 Great sportsmanship as always from Kukolj.

In the -78kg final, Alice BELLANDI (ITA) continues to prove that this category was ready and waiting for her. Ranked #13 in the world and soaring up the list, Bellandi has secured a senior European medal and four IJF tour medals – two of which are grand slam golds – since her transition to her new category, and it would seem that proof is in the pudding.

Defeating former world champion, Madeleine MALONGA (FRA) to take her place in the final against the Netherland’s Natasha AUSMA, she was a convincing champion. Once in the final, she faced an equally determined Ausma, but following a seoi nage attempt, Bellandi came out and right back in to score waza ari with o uchi, enough to bring her the gold today in Baku. 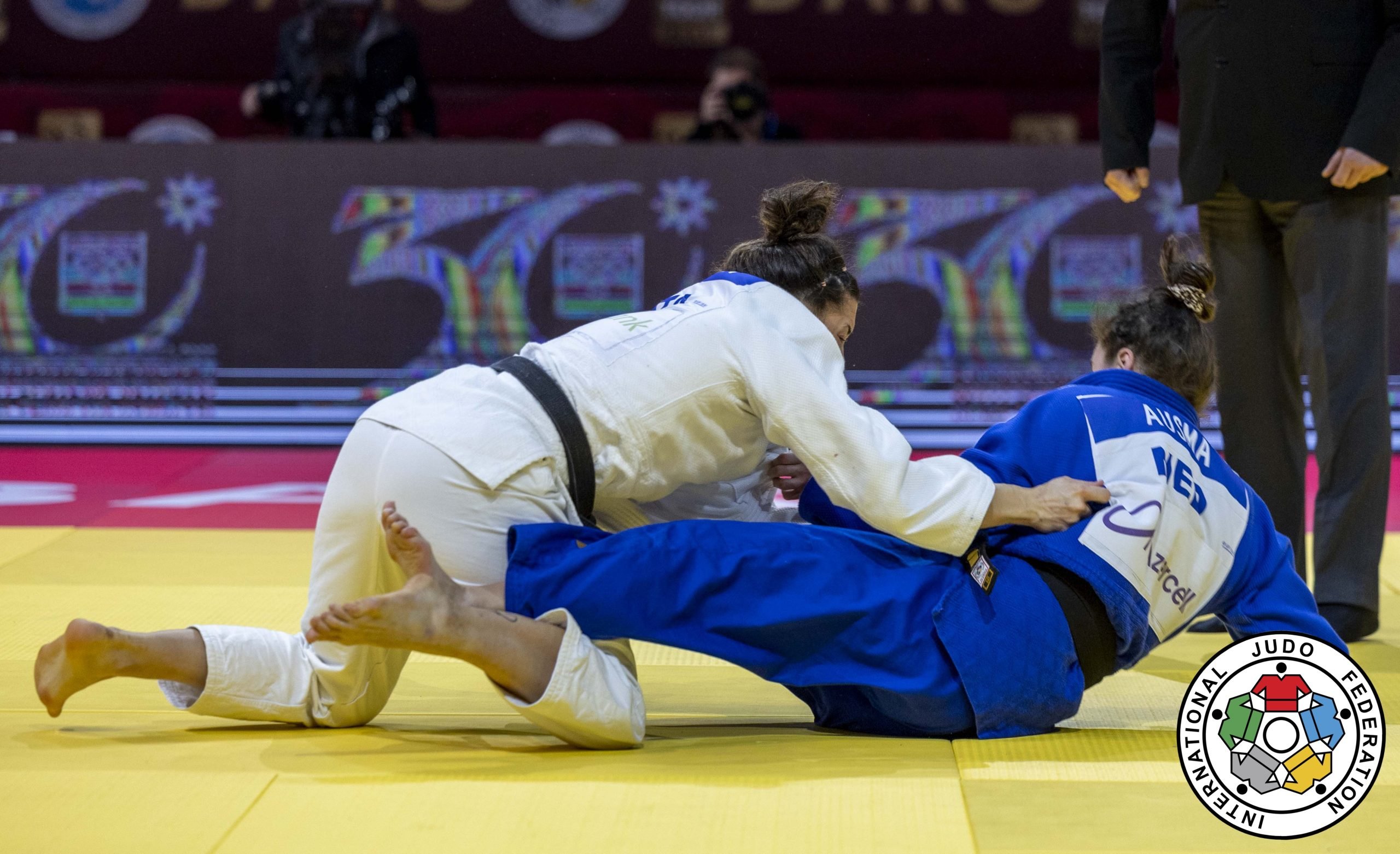 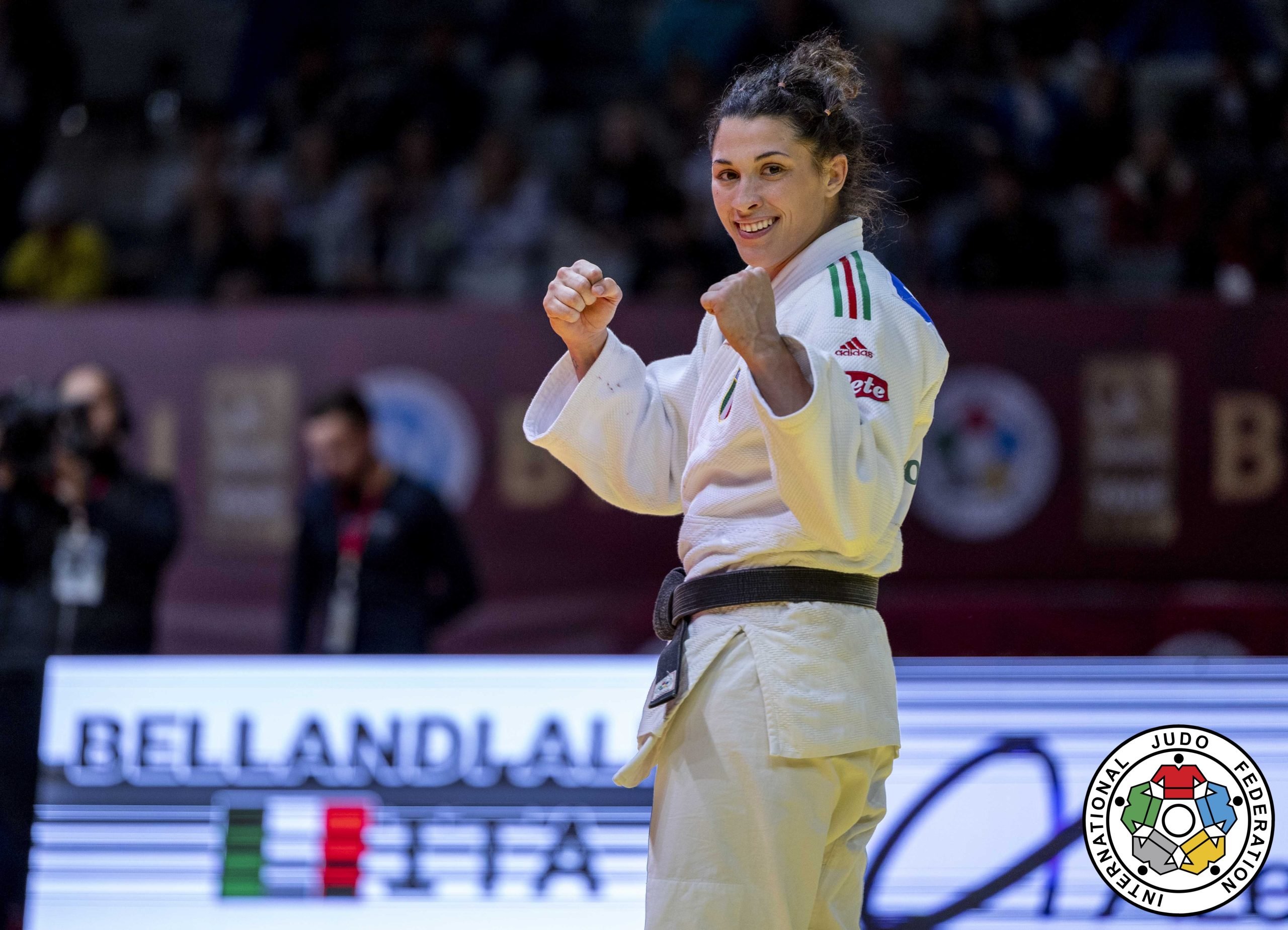 He’s back and that’s that. Marcus NYMAN (SWE) usually takes his time away from the IJF world tour between cycles, avoiding what can become a mundane and repetitive lifestyle by mixing it up with Bundesliga commitments and work at home. He mightn’t have had the longer break given the three year period between Tokyo and Paris, however it has been long enough since Tokyo to miss him. Now here we are in Baku with him taking an impressive gold medal, defeating the current European champion, Luka MAISURADZE (GEO) in the semi final and former world champion, Nemanja MAJDOV (SRB) for the -90kg gold with some serious power. 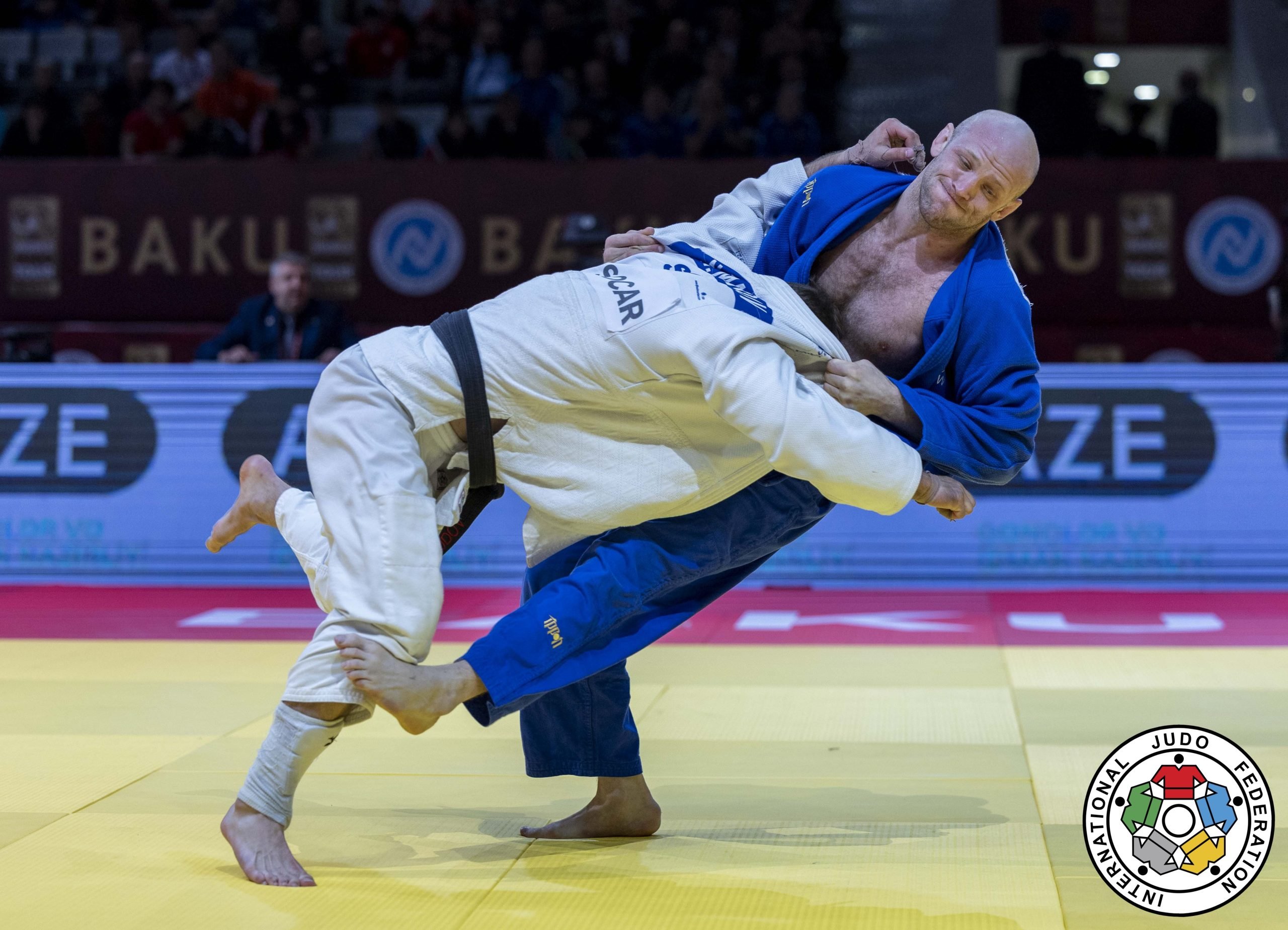 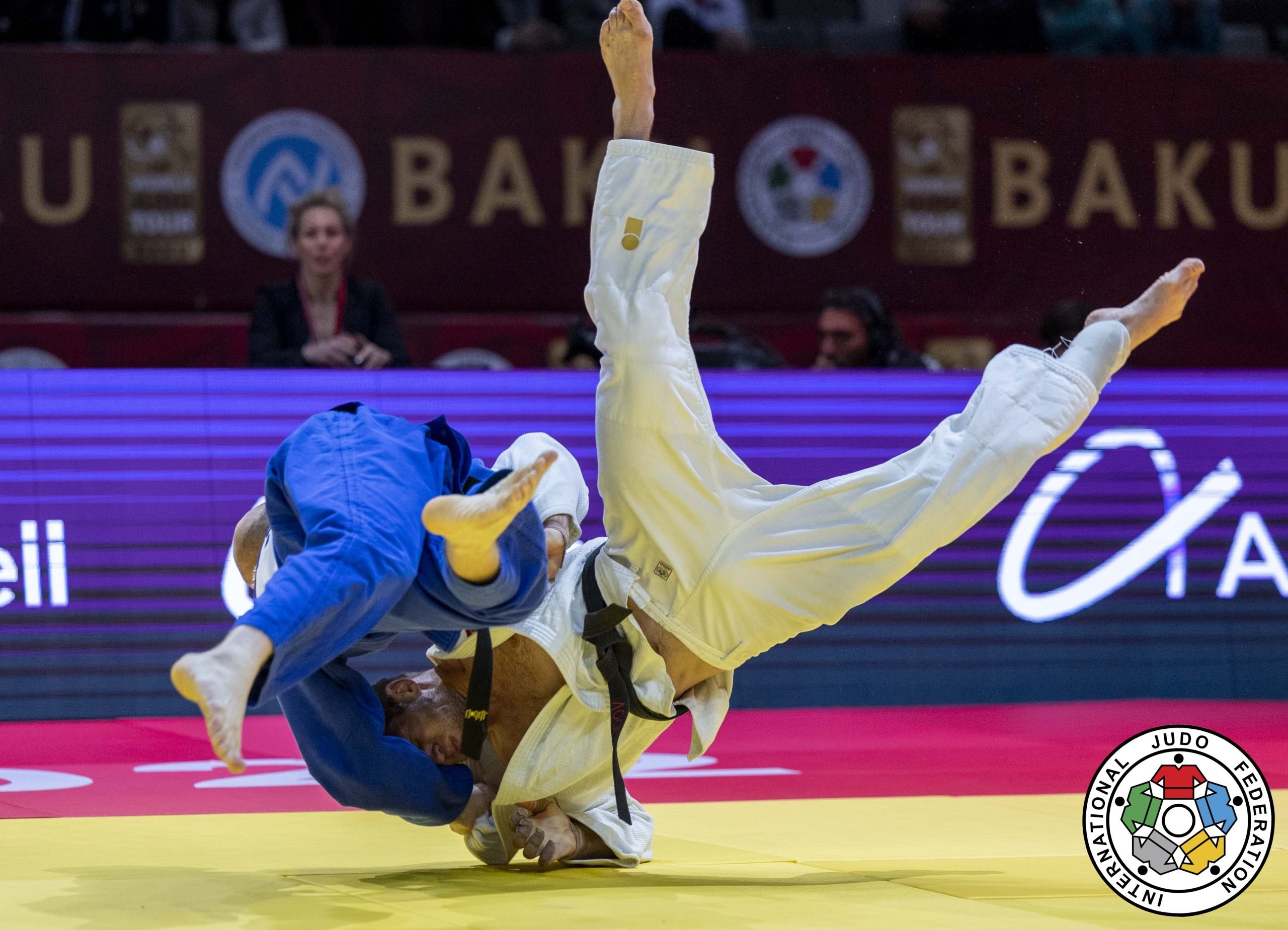 Though the Serbian men just fell short of the top places on the podium, Milica ZABIC was not looking to suffer the same silver fate in the +78kg category. With this sensational win, she took her team to the third spot in the standings behind the Netherlands and of course the hosts Azerbaijan.

The #7 seed Zabic first saw out Sophio SOMKHISHVILI (GEO) who we’ve seen a lot of recently, first securing a silver medal in Abu Dhabi and last week in the U23 European championships putting on a stunning performance to help her country secure the bronze medal in the mixed teams event. Then the Serbian moved on to defeat Kamila BERLIKASH (KAZ) and finally, Abu Dhabi bronze medallist, Rochelle NUNES (POR) in the final. A deep drop seoi nage sent the Portuguese flying for ippon. 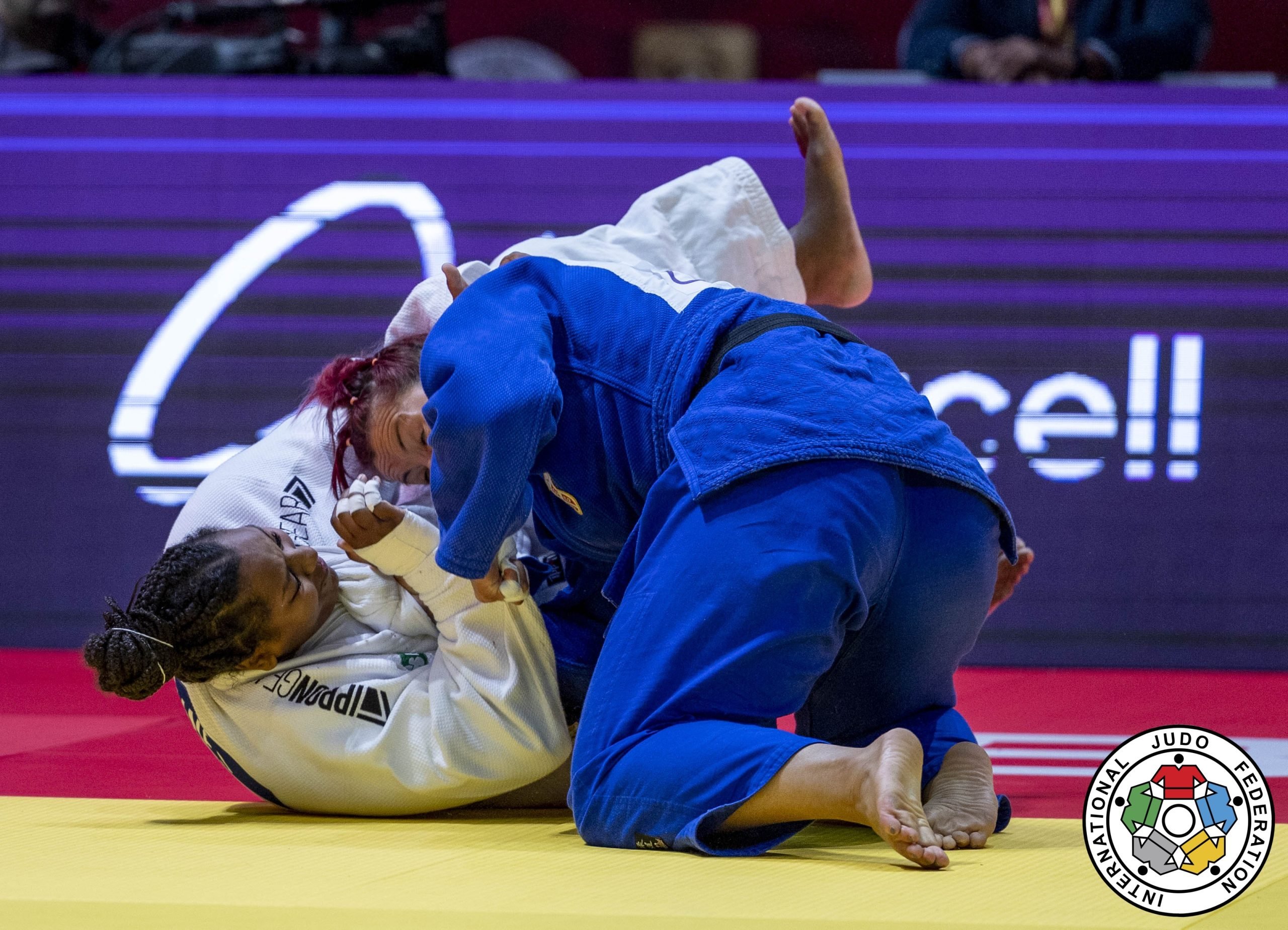 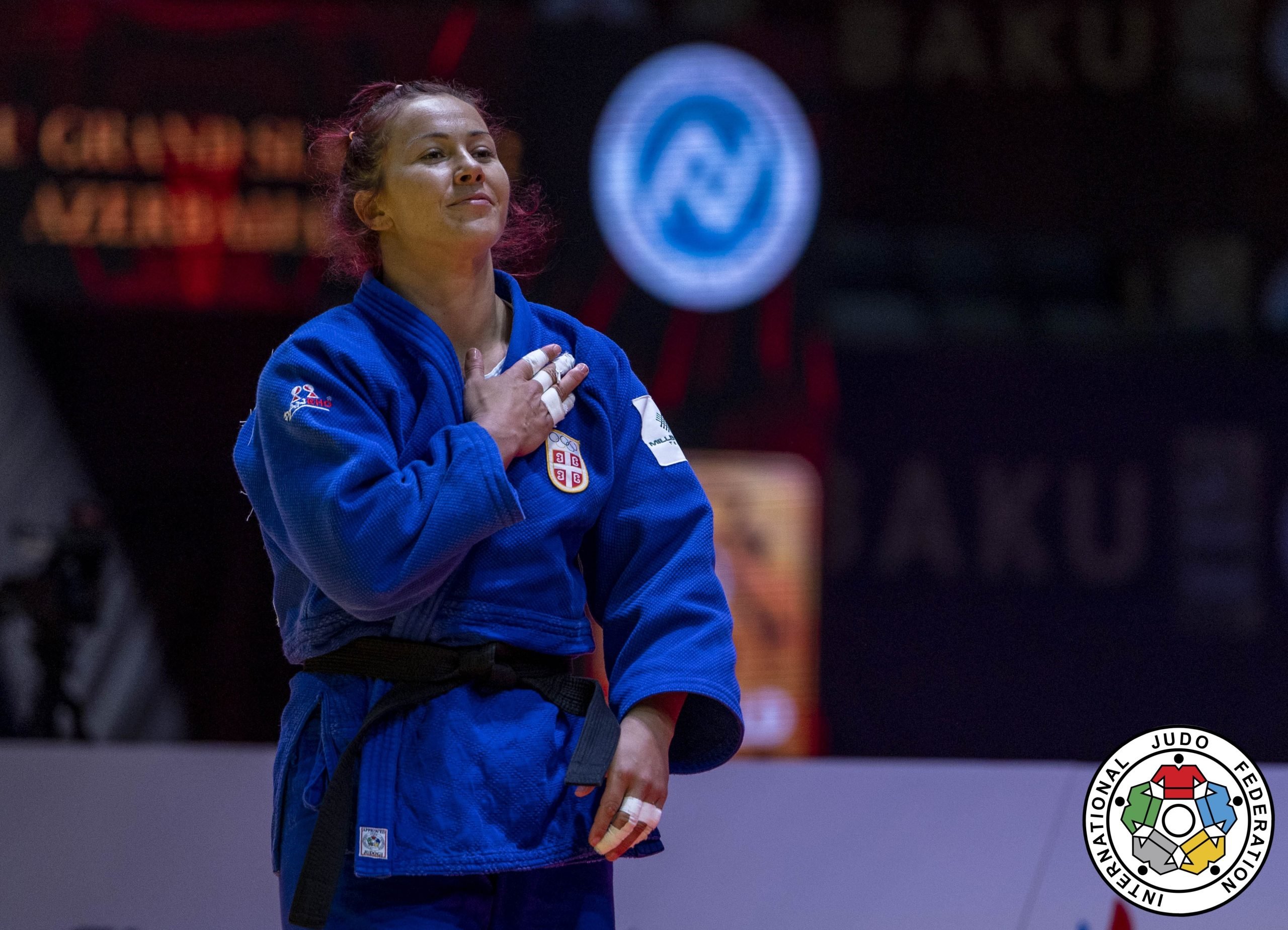