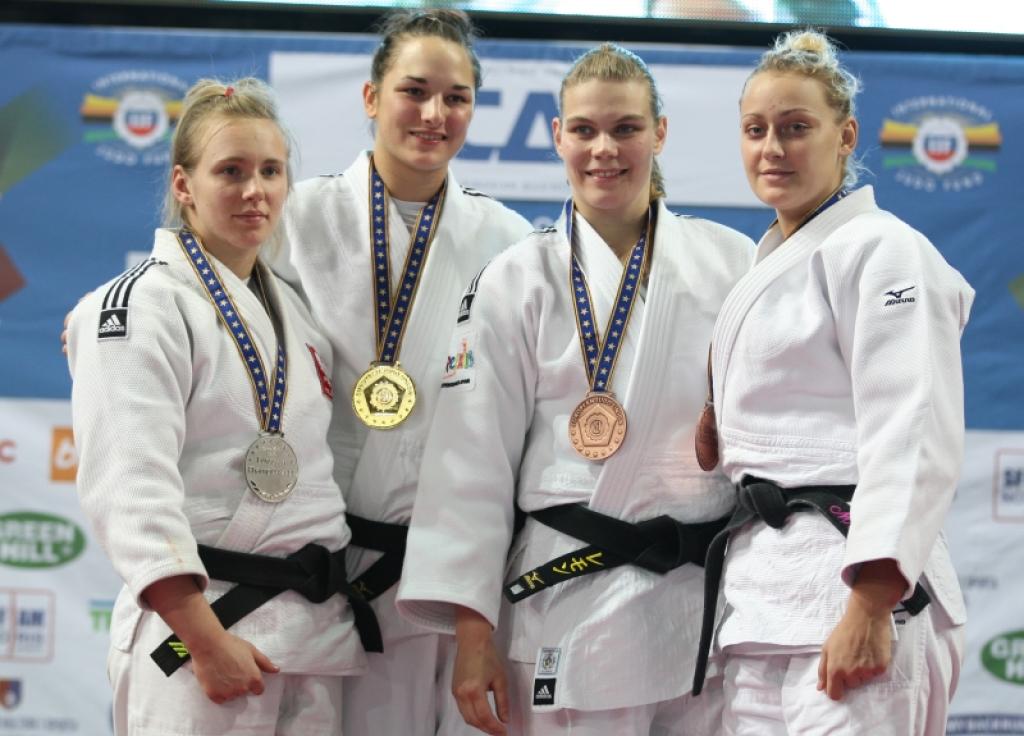 Abigel Joo has won the European U23 title in Sarajevo. Not surprisingly the European senior Champion was dominant in her class with all ippon victories. In the final she defeated Daria Pogorzelec of Poland.
With her strong physics she is hard to topple and keeps her enemies away to reach them with her powerful uchi-mata.
The 20-year old Hungarian led the final match halfway while Pogorzelec built up penalties. 97 Seconds before the end she defeated Pogorzelec with a combination and prolonged last year’s title. She has now won two European U20 title and two U23 gold medals, and last but not least the senior title. Now it’s a matter of performing at the World podium.
It’s the 14th European U23 title for Hungary, seven by the men, seven by the women.

Dutch Iris Lemmen needed only one minute to take the bronze against European U20 Champion Tereza Dzhurova of Bulgaria. For Lemmen it was her first European medal ever.
Ivanna Makukha (UKR) won bronze when she came over Tatiana Sordiya (RUS) after an exhausting match by ippon after four minutes. Makukha already won three U20 European medals and now showed she can adjust to an older age category.