Hungarian men and German women show off in Prague 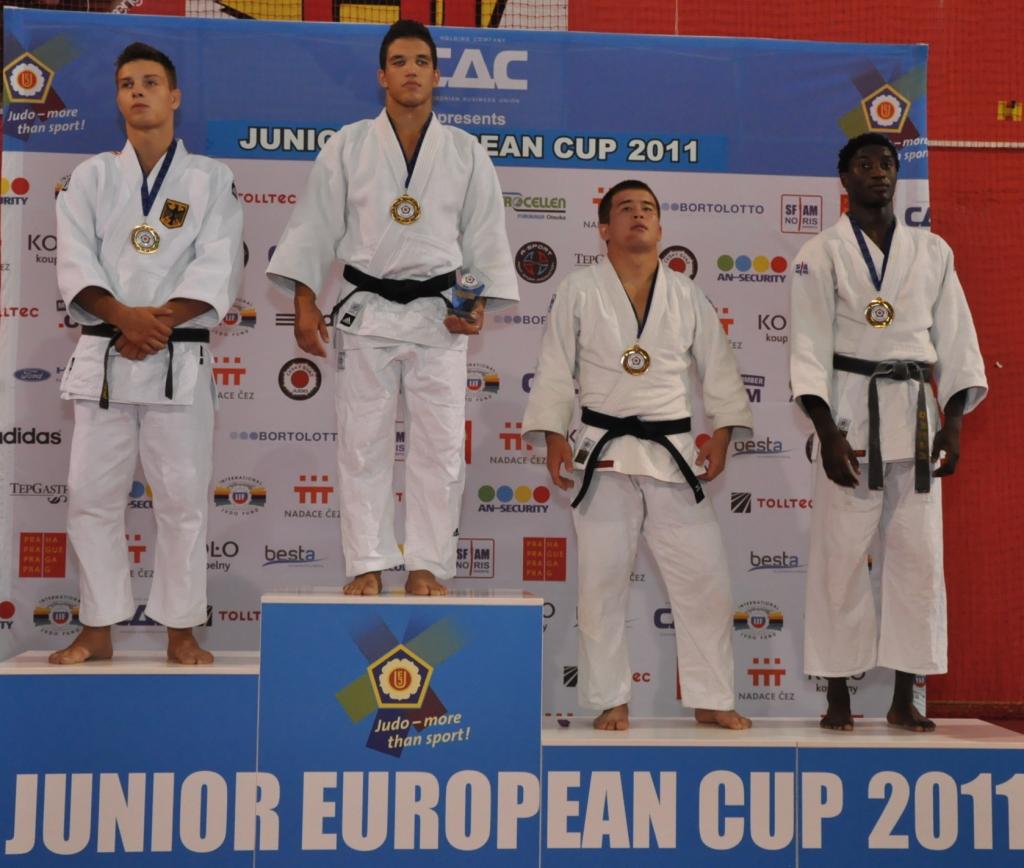 Germany became the winner of the European Cup for Juniors in Prague. The German women’s team made the difference on the second day winning two gold medals in the two women’s heaviest categories. However the Hungarian men really showed of today winning all three consecutive divisions U81kg, U90kg and U100kg.
Hungary finished second in the medal tally but Germany won a total of 13 medals this weekend and was by far the best performing nation.

Mia Hermansson of Sweden threw Kathrin Unterwurzacher of Austria by a beautiful Ko-uchi-gari in the final.

It was however Austrian Bernadette Graf who won the U70kg category who defeated German Miriam Butkereit in the quarter final, her Polish opponent Jablonska in the semi final and home fighter Leona Kubikova in the final.
Butkereit and german’s Lisa Schneider won the bronze.

Carolin Weiss won the heavyweight category in an all German final against Zita Notter by two waza-ari.

45 Participants gathered for the U81kg category and this division had a great final between Krisztian Toth (HUN) and Max Münsterberg (GER). It was the final the organization had hoped for.
Kristian Toth of Hungary was unstoppable today. In the final Toth finished the match in a few seconds with a nice uchi-mata. Only one opponent was able to last the whole 4 minutes against him as he finished all of his pother matches before the time limit. Taking into the consideration that he is a last-year-cadet he has a bright judo future in front of him.

Gabor Ver (HUN) was able to win the U90kg division against Giorgi Mermanishvili (GEO) by yuko. Georgia had won two gold medals at the first day.

Andras Kaszas collected the third Hungarian win in the men’s division today by defeating Lukas Hlavacek U100kg despite the support of the home fans. Hlavacek was the last Czech hope and he did extremely well during the whole day. He was not far from the gold but Andreas Kaszas of Hungary was slightly better in the final. He scored yuko and maintained the lead till the end of the final. Golden triple for Hungary was achieved!

Damian Nasiadko (POL) was the strongest heavyweight. He defeated Kazakh Aituar Abdulov by a great counter for ippon.

It was the most successful ever edition for Hungary taking three gold medals, making a total of five since Prague became part of the European Cup tour in 2008.
Since then Germany won 15 medals, 11 for the women, and four of them this amazing weekend.

Giuseppe Maddaloni and Ylenia Scapin received honorary awards from the Czech judo federation for their achievements.