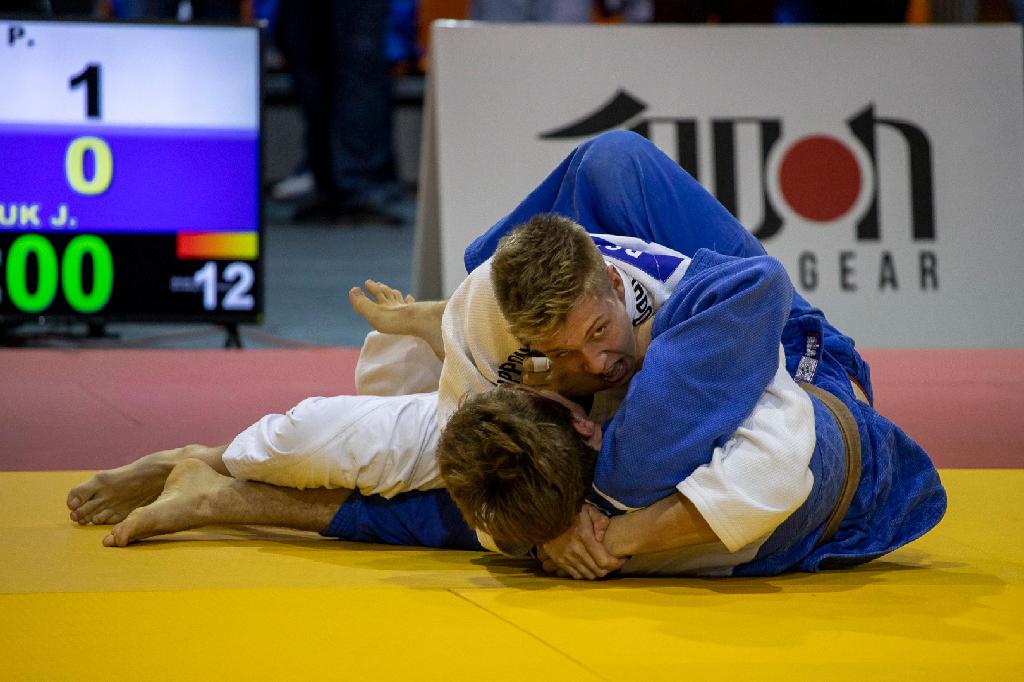 There were some surprises on the second day of the Cadet European Judo Cup in Győr 2019. By the end of the weekend, the host nation earned four gold, two silver and four bronze medals, allowing them to finish on top of the medal table. Ukraine sharply followed with a 3-3-4.

The city of Győr is not far away from Miskolc, where SAFRANY Peter is from. The young judoka came with a strong support to this event. He is also a great athlete who walked off the tatami when winning the -90 kg category, creating a warm atmosphere. Whilst watching this specific weight division, we came across with a number of talented athletes but only two of them made it in to the final, one of which was Safrany; whom, on his way to glory, managed to defeat another great Hungarian judoka BERTOK Krisztofer (HUN) as well as Polish contender, Jakub BOGDANIUK. Nevertheless, it was his semi-final that attracted not only the Hungarian spectators attention, but the whole arena. This contest included his opponent, Benjamin MATASEJE (SVK). Apart from Safrany’s success, FARKAS Szilvia put on a golden girl style when winning the +70 kg category. Congratulations to all medallists.