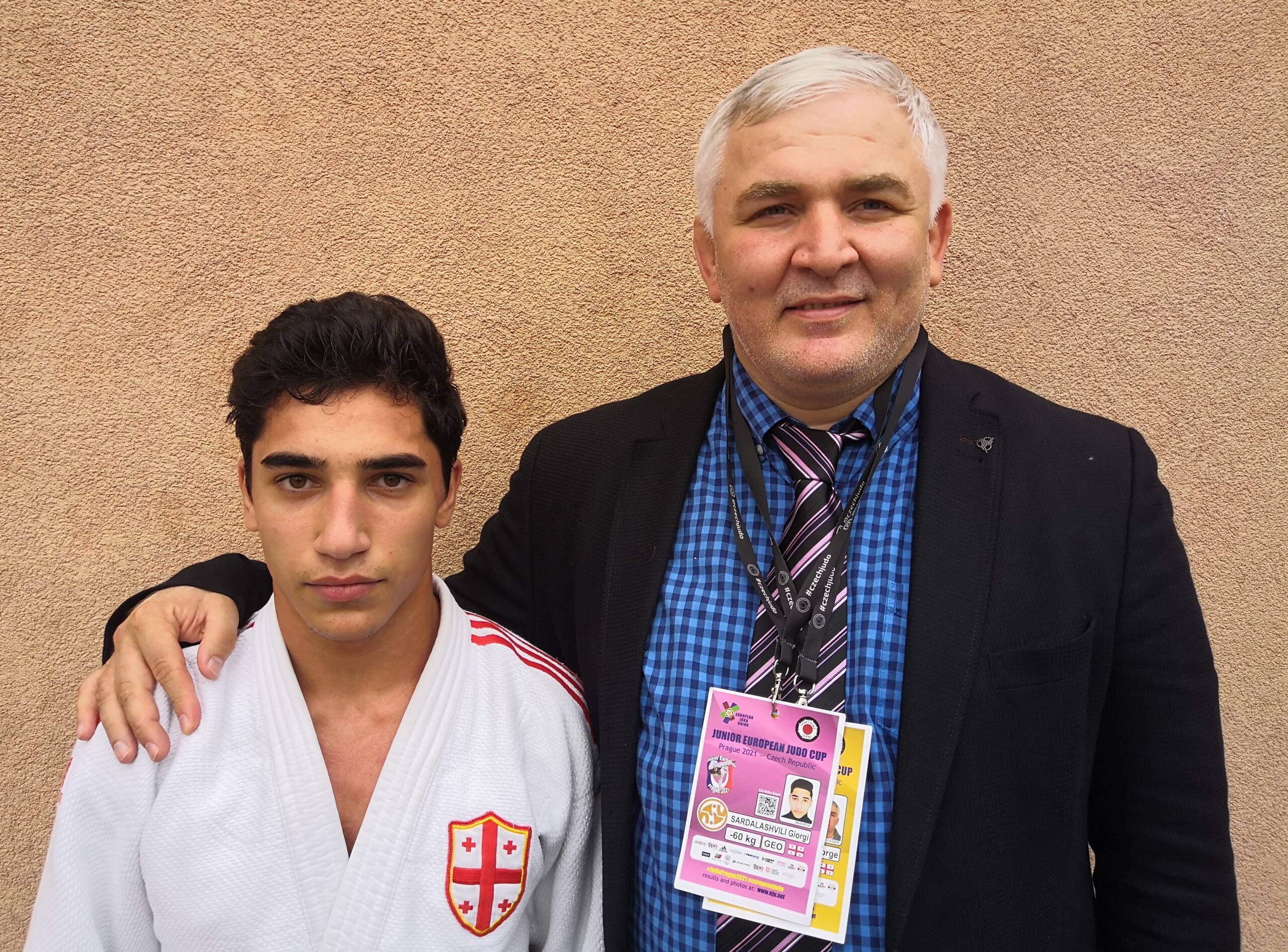 Prague hosts the third European Junior Cup of this year and the quality of the tournament is very high.
One of the highlights of the tournament was the performance of Giorgi Sardalashvili of Georgia in -60kg category, although his first fights were not easy at all.

“To start competing again after such a long pause caused by covid is difficult and it took me some time to get in the shape. I won my first fight only in the golden score but the toughest match for me was the second one against DAVLATOV of Kazakhstan who is a former Asian Cadet Champion. When I defeated him, I believed that I could win the tournament.”

With shorter pauses between the matches the performance Giorgi got gradually better. In the semifinal against Marchanbetov of Kazakstan he managed to counter him a couple of seconds before the time limit and threw him for ippon.

“I was anxious before the final and could not wait to get on the mat. I felt confident and enjoyed the match. I managed to score waza-ari soon and threw him once again before the time limit.”

Giorgi was full of excitement and exuded positive energy after the match. With a smile in the face he said:

We will soon realize if Giorgi will follow the path of Lukhumi Chkhvimiani, 2019 -60kg world champion.

“I am lucky that I can practice with Lukhumi almost every day. I hope to be as good as him one day.”

”Giorgi Sardalashvili is one of our greatest hope for the future. Now he has to prepare for the European and world junior championships and prove his qualities there. But I am confident he will.”