“I NEVER LOOK AT THE SEEDING NUMBERS…THEY MEAN NOTHING” 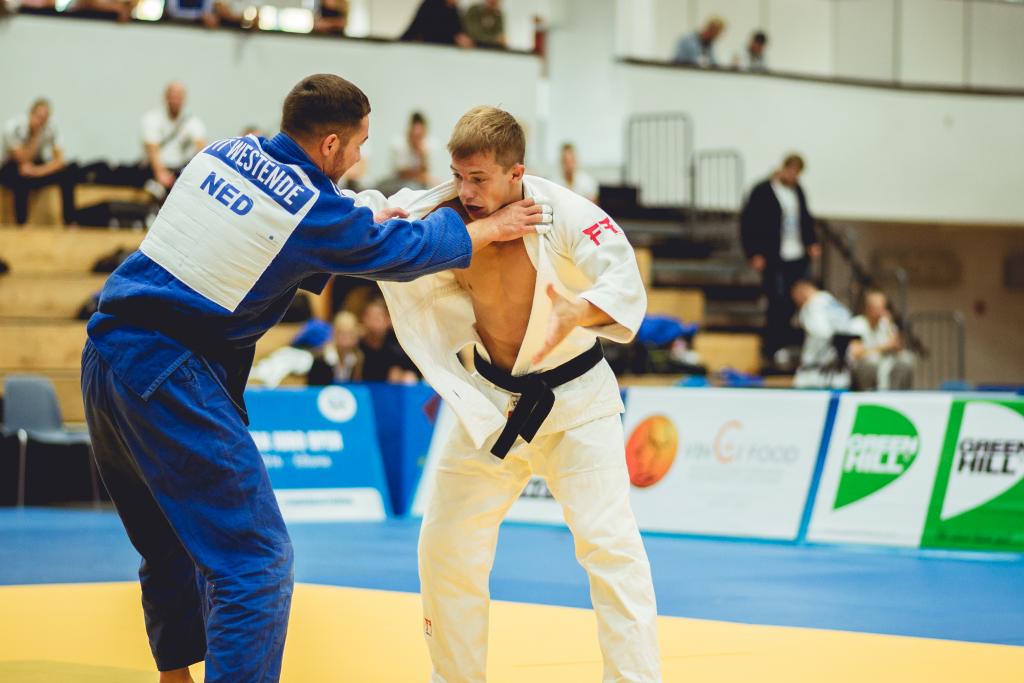 The first World Ranking scoring event ahead of 2020 began in Tallinn this morning as the first day of the 2016 Estonian European Judo Open took place in the University of Technology Sports Hall. The total number of seven victories were on stake today which of Germany managed to claim two. The remaining five golden moments spread amongst five different nations. Namely, Great Britain, Israel, Brazil, Spain and Latvia.

Mentioning Latvia… Dmitrijs FEDOSEJENKOVS delivered a stunning performance and won the -73kg category. FEDOSEJENKOVS first faced Nikita RAZIN (EST) whom he defeated by two waza ari, one of which was scored by a drop seoi nage. During the second round, Kestutis VITKAUSKAS (LTU) left the tatami with an error after mistakenly grabbing the leg of his Latvian [Fedosejenkovs] opponent. Fedosejenkovs’s quarter final ended with another victory for the Latvian judoka, where he foot swept Vadzim SHOKA (BLR). It was time to face top seeded, Tommy MACIAS (SWE).

The 23 years old judoka scored waza ari against Macias with a succesful ippon seoi nage attempt, which the Swedish fighter did not manage to overturn. “My hardest fight today was definitely the semi final against Macias and it is not because he was number one seed but because we fought so many times at different training camps that I knew it will take a good amount of hard work to defeat him today. About the seeding, I don’t think it matters at all because at the end we must have our game plan for every single opponent we face. I never look at the seeding numbers…I think they mean nothing.”

This particularly thrilling throw [drop seoi nage] allowed Fedosejenkovs to claim the final victory of his weight class when he stunned number two seed, Sam VAN T WESTENDE (NED) for Ippon. “In the final I knew I had to focus on getting a quick reaction from my opponent [Van T Westende]. I knew I had to create a situation where I make him to push forward, towards me so I can attack.” Fedosejenkovs concluded his thoughts: “My target was to win a medal here today. I train hard not only for this gold medal today but for the long term goal which for me is Tokyo 2020. I felt really good this morning and throughout the day. I will continue the hard work. I need to work on my gripping structure and hopefully in Glasgow I can repeat my success.”