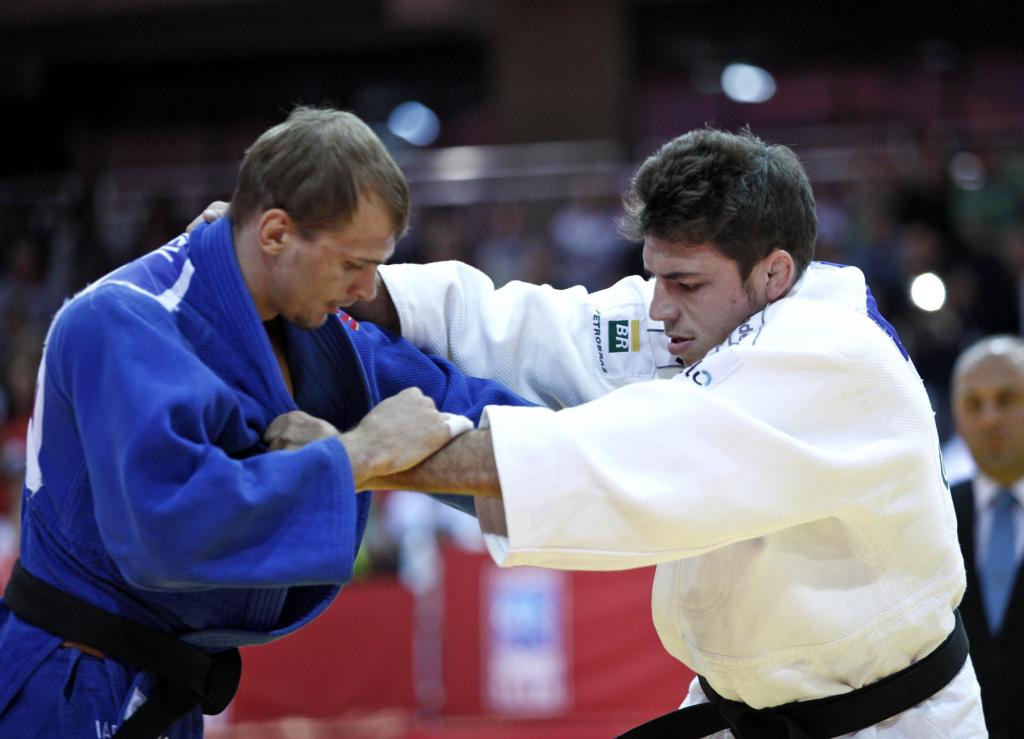 Russian Denis Iartcev brought smiles to the faces of the home fans when he won gold in the -73kg category on the opening day of the Tyumen Grand Slam. He may also have brought a measure of relief to the organisers given that he was the only Russian to manage a first place finish. Strong foreign opposition across all seven weight categories on the first day meant that medals were hard to come by for the host nation. Iartcev came into the tournament ranked number 20 on the IJF World ranking list but showed that he is perfectly capable of sustaining a higher ranking. His difficulty is that he just happens to be in the same category as current Olympic champion Mansur Isaev who, despite being ranked five places below Iartcev, the former remains a firm favourite for the number one spot in Russia. There is also the small matter of Musa Mogushkov and Murat Kodzokov who, along with Isaev, were rested from this tournament. But Iartcev’s job today was to defeat those put in front of him and he did that comfortably and without any undue stress. It was the kind of performance designed to secure a gold medal rather than lift the roof off the stadium; that job was left to Charles Chibana BRA who was the star in the -66kg category where Anzaur Adanov took a bronze medal for Russia. There were bronze medals too for Italy’s Valentina Moscatt -48kg, Ilgar Mushkiev AZE -60kg, and a spirited silver medal winning performance from Julia Ryzhova RUS who lost out to Japanese Grand Slam medal winning “queen” Nakamura Misato in the -52kg category. Andrea Chitu ROM made a successful return to Tyumen and collected a bronze medal in the -52kg category. Chitu’s team mate, Loredana Ohai collected a bronze medal alongside Sabrina Folzmoser AUT in the -57kg category. Uail Kurshev RUS took a bronze medal in the -73kg category. The -63kg category saw Ekaterina Valkova RUS putting in her best performance to date in taking silver losing to Abe Kana JPN, whilst team mate Pari Surakatova took bronze alongside Hilde Drexler AUT.

For the rest of today’s results visit: http://www.ippon.org/gs_rus2014.php