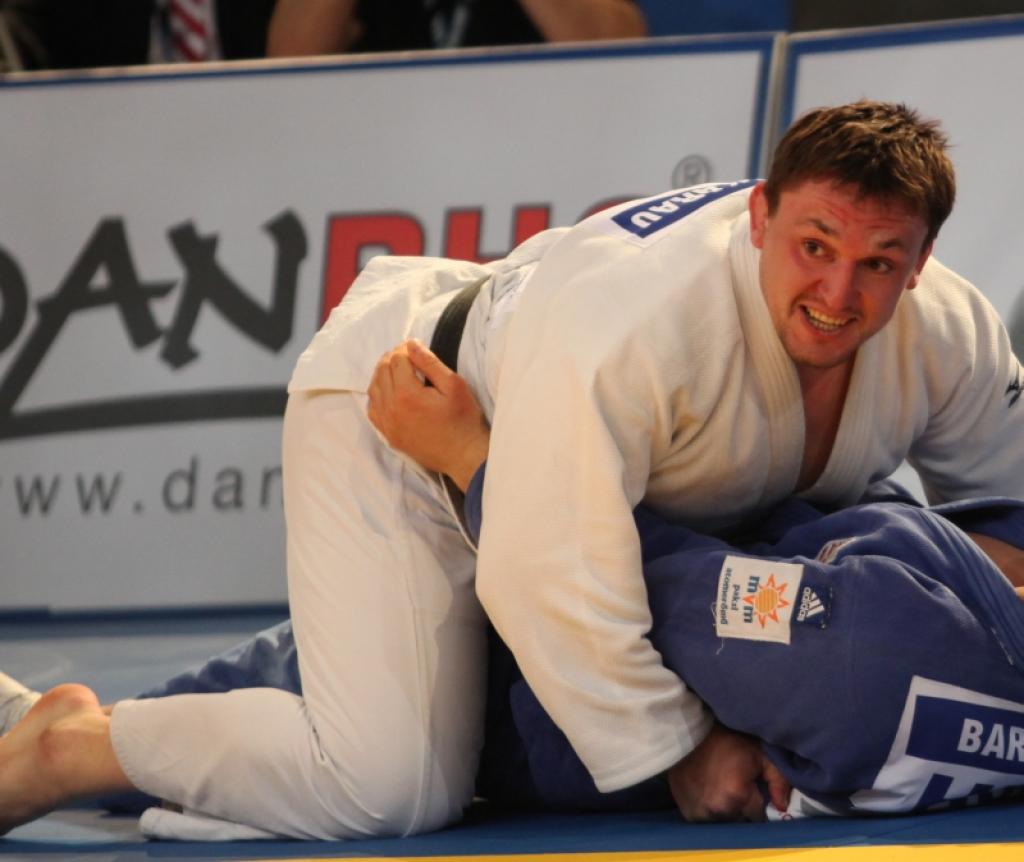 Belarusian Ihar Makarau has won the gold medal in the heavyweight category at the Grand Prix of Qingdao. Makarau was the only left European in the semi final where he defeated Brazilian Rafael Silva. In the final the former Olympic Champion U100kg defeated the strong Kim Sung-Min of Korea.
This year Makarau won a silver medal at the GP of Baku, but doesn’t show of in his number of medals but in his expertise to peak at the right moments. Now he is safe for qualification and mingles around the tenth place of the World Ranking.
Alexander Mikhailin who won a gold medal last week at the Grand Slam in Tokyo finished with fifth place after his lost quarter final against Rafael Silva. Mikhailin is still in a battle with the higher ranked Dmitriy Sterkhov.

The U100kg category saw a more European podium, but the gold was for Korean Hee-Tae Hwang. In the final he defeated Levan Zhorzholiani of Georgia. In the semi final the Georgian was victorious over Artem Bloshenko (UKR) who won the bronze, as well as good old Ariel Zeevi who lost to Hwang in the semi final. Zeevi is safe in the top 10 for Olympic qualification. Zhorzholiani was also runner-up at the European Championships this year but won the World Cup in Baku. The Georgian is also entering the top 10 best judoka.

In the men’s U90kg category Masashi Nishiyama captured the gold medal. In the final he was stronger than his Egyptian opponent Hisham Mesbah. Nishiyama defeated Kirill Denisov in the semi final who won the bronze. Nishiyama also won the Grand Slam of Tokyo last week and is in a battle with brother Daiki Nishiyama and Takashi Ono, heavy competition.

American Kayla Harrison was able to win her first IJF event since November last year when she won the Abu Dhabi Grand prix. In Qingdao she defeated Olympic Champion Yang Xiuli in the category U78kg.
In the semi final Harrison defeated French Lucie Louette who collected a bronze medal.

The Chinese heavyweight in the women’s division fought the final and we know who won. Tong Wen is the undisputed favourite for the Olympic Games. Today she defeated Qin Qian, a repetition of the World Championships finals.
It was actually the first time that Tong won the Grand prix of Qingdao. However in the time the event was the Chinese Open she collected the title in 2002. She is undefeated since February 2007 almost 60 matches in a row.