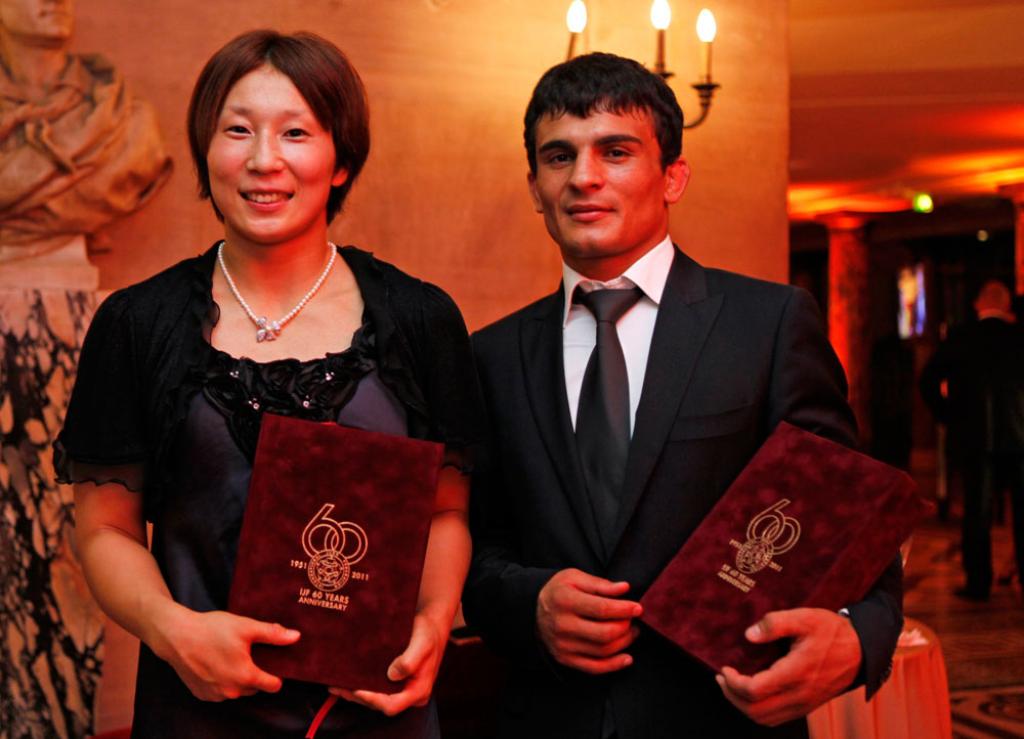 On Sunday the International Judo Federation organised a magnificent gala at the Opéra Garnier, in the city center of Paris, in the occasion of the celebration of its 60th birthday.
During the evening several awards were given to the important actors of the judo family. IJF President Marius Vizer was really happy evaluating the gala: “Judo has entered in a new era of evolution. We have made many changes during the past four years, but we still have a lot to do. For the very first time, the IJF was able to organize such a gala. It was a real present for all our national federations. Great champions were awarded, but also media, sponsors. The “Judo Family” concept is not only a concept, it is a true reality” said President Vizer.

2. best male judoka today: Rishod SOBIROV from Uzbekistan, winner of the last edition of the world championship, last year in Tokyo, will try to obtain a second world gold medal in 2011.

3. best female judoka in history: Ryoko TANI (JPN), today member of the Japanese Parliament, announced that she was ready to come back to competition. She was really honored by the distinction that she received at the gala and will continue to promote judo all over the world.

4. best male judoka in history: David DOUILLET. Retired from competition, the French champion, 4 times world champion and 2 times Olympic Champion, continues to promote the sports values through his new career as a politician.

6. best coach for men today: Andrey SHTURBABIN, who’s performance as a coach and perfect behavior is particularly appreciated was awarded with the best coach for men. He is still the personal coach of Rishod Sobirov and head coach of all the Uzbek National Teams.

7. a life dedicated to judo: Jigoro KANO. Who else than the founder of judo could have been awarded tonight. The prize was received by Haruki Uemura, today’s President of the All Japan Judo Federation. During his speech, once again, Mr. Uemura thanked all the national countries and the IJF which are helping Japan to rebuilt after the terrible catastrophe that hit the country in 2011.

8. the judo legend: Anton GEESINK. Anton Geesink’s son Anton Jr. received the award that has been attributed to his father. Later during the evening, David Douillet, who received the best male judoka in history award, also mentioned Anton Geesink who has always been an example for him.

10. Award for Lifetime Achievement in Judo: George KERR (GBR). 10th dan since last year, George Kerr is still very active in the judo world and he will definitely enjoy the upcoming world championships.

12. Gold Judo supplier: Green Hill, which is the IJF master supplier will be involved in the Pyramid of Judogi that will be built during the World Championships by offering a 30% immediate discount for anybody who will drop a judogi on the pile.

19. Judo promotion in the world : All Japan Judo Federation (JAP)

20. Veteran Judo : Andrei BONDOR explained how important it was to take care of the judoka of all ages. The Grand Masters championships habe become a real international success.

21. Kata: Franco CAPELETTI continues to promote the kata, which are the basics of judo.

The European Judo Union congratulates all award winners and the IJF with sunday’s great gala, development and 60th anniversary.