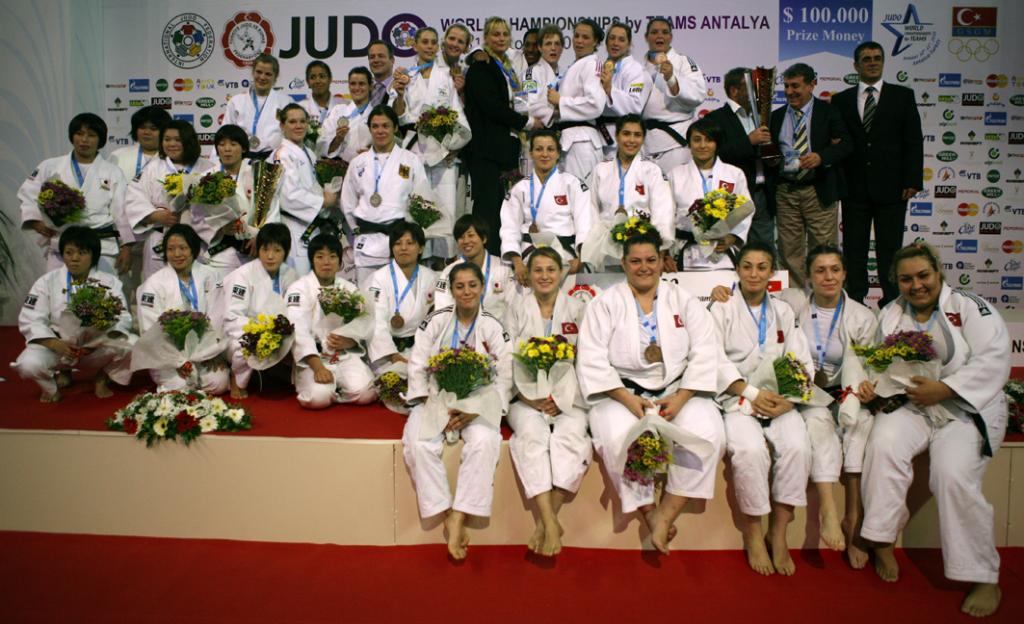 Recently a new format of World team Championships was successfully tested, with teams composed of five athletes, where before it was seven.
This will give opportunities for more countries to be qualified at that level.

For an individual sport like judo, a team event represents something different and always increases the passion and the emotion, but in a very respectful atmosphere. This is exactly what the IJF wants to promote with the organisation of the team championships. Next year the team event will be held at the last day of the World’s in Paris in August.

Now the nominations for participation have been determined by the IJF.

The objective is to be able to have the team competition in the official program of the Olympic Games, in Rio 2016. This decision will be taken in 2013, after London 2012.