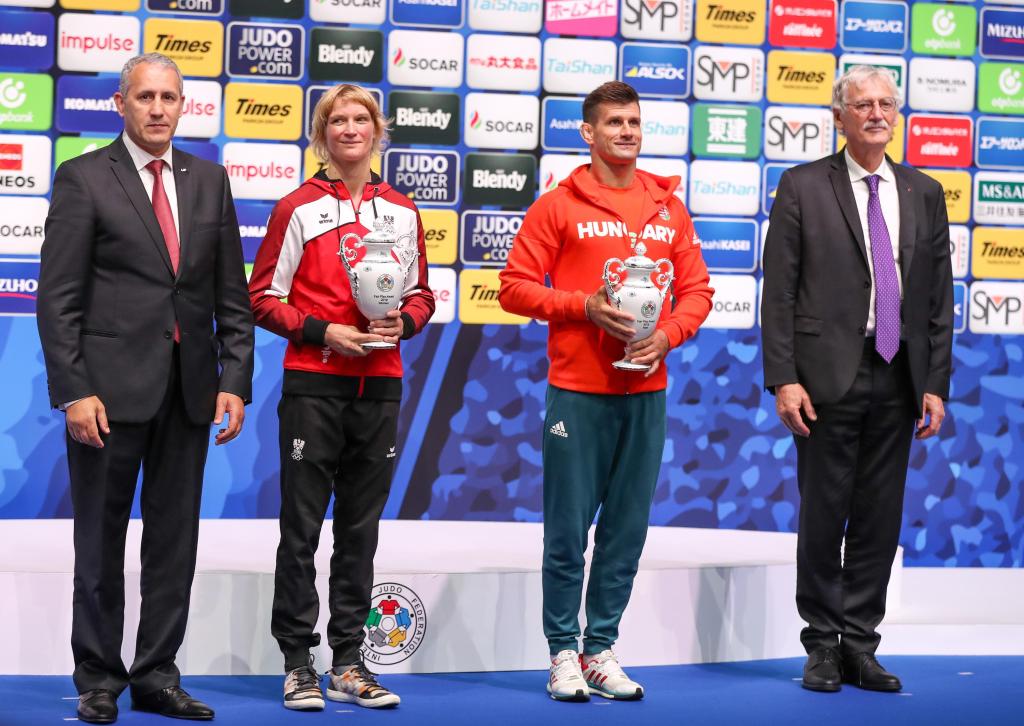 On the sixth day of individual competition at the World Championships 2019, the IJF presented Sabrina FILZMOSER (AUT) and UNGVARI Miklos (HUN) with the Fair Play Award during the recess.

Started in the Nippon Budokan, this will become a yearly feature, granted by the IJF President, Marius VIZER. The president wishes that this award be given to athletes, coaches, clubs or countries that have adopted the morals and values of judo culture, highlighting respect.

Both European athletes have been competing on the IJF Tour for many years now and have some taken some incredible titles in the process.

FILZMOSER became the oldest medallist on the IJF tour this year, taking bronze in the Budapest Grand Prix at the age of 39. Among her many accomplishments are World bronze medals and European titles, not to mention 21 medals on the IJF tour.

The Hungarian recipient, UNGVARI is FILZMOZER’s junior by one year, and also has multiple European titles, three World bronze medals and to top it off, a silver medal from the London 2012 Olympic Games.

The Austrian recipient was pleased to receive this award in the Nippon Budokan,

This award means a lot for me. It is a special appreciation of the IJF for my work for the Judo & Peace project. The project is a matter truly dear to my heart and I think it is very important for the smaller countries. It helps to develop judo and also to teach the values of judo.