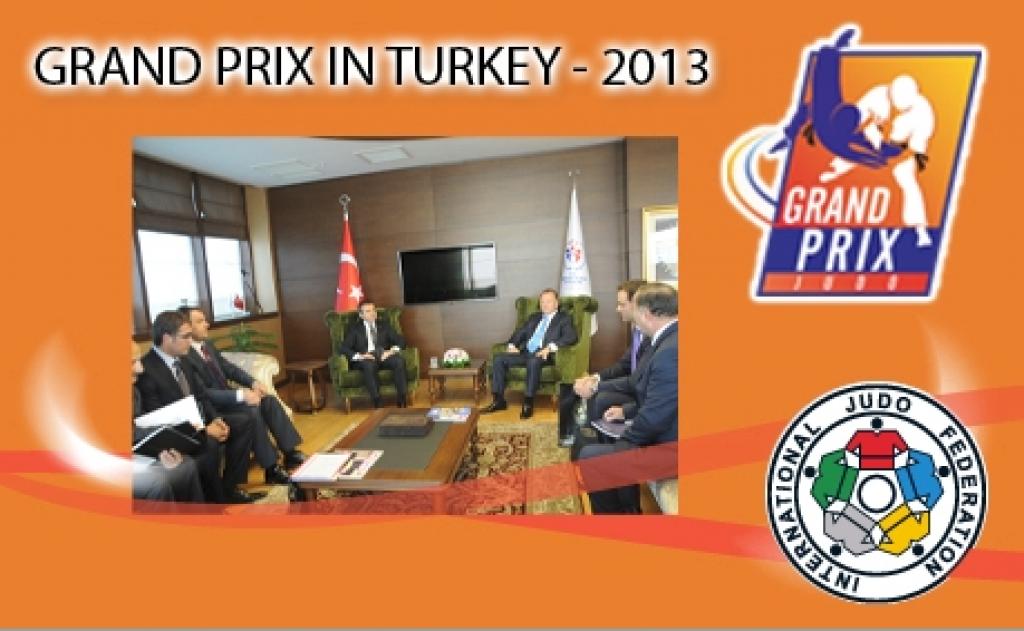 The President of the International Judo Federation, Mr. Marius L. Vizer undertook an official visit to Ankara for discussions and to conclude a agreement in start a Judo Grand Prix in Turkey!

During the visit, Mr. Vizer met with the Minister of Youth and Sport Mr. Suat Kilic where Judo projects in Turkey were discussed. Mr. Vizer also met with President of the Turkish Judo Federation, Mr. Fatih Uysal as well as staff and officials of the TJF.

The first edition of the Grand Prix will take place in the city of Samsun on March 30-31 2013.

Previously the IJF allocated a new Grand Prix to the city of Rijeka in Croatia.

Next weekend the first World Cup will be held in Istanbul (TUR). Watch the preview here: