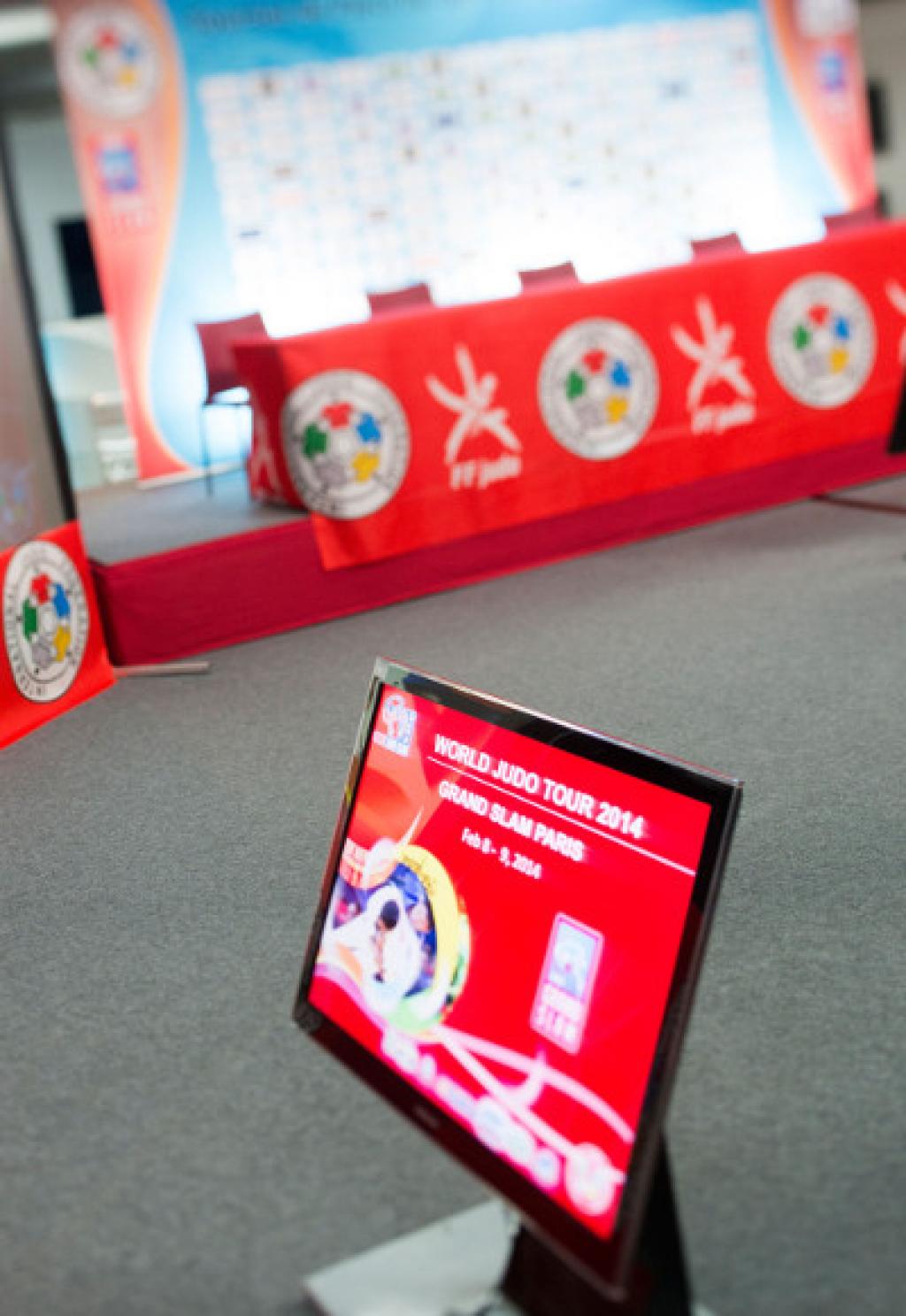 The 2014 Paris Grand Slam will mark the opening of the hotly-anticipated 2014 season as the world’s elite judoka go head-to-head on Saturday 8 and Sunday 9 February at the Palais Omnisports Paris-Bercy.

Judoka all relish the Bercy experience with a teeming 12,500 flag-waving crowd who share their patriotic hope in a colourful and vibrant display of unbridled enthusiasm. All the athletes aim to measure themselves against their greatest peers in Paris which can be a springboard to building some momentum for a highly-successful 2014. The two-day Grand Slam has attracted 476 athletes and 76 countries who will bid for honours in the theatre of judo. Olympic champion and six-time world champion Teddy RINER has made the Bercy his own personal playground having won four consecutive gold medals but the Frenchman misses out this weekend. RINER has recently returned to training following shoulder surgery and has lost his fitness race to defend his 2013 title. Hosts France has selected a 56-strong team as IJF Grand Slam organisers are entitled to enter a maximum of four judoka per weight category. The team is based locally at Paris’ acclaimed sporting centre of excellence, INSEP, the National Institute of Sport and Physical Education, and is replete with superstars such as London 2012 bronze medallists Ugo LEGRAND, Automne PAVIA, Audrey TCHEUMEO and Gevrise EMANE and 2013 world champion Loic PIETRI (FRA). World champion U52kg Majlinda KELMENDI (KOS) will be intent on delivering a polished performance of ruthless precision. 2013 Paris Grand Slam silver medallist KELMENDI will be in action along with Tokyo Grand Slam bronze medallist Andreea CHITU (ROU) and Baku Grand Slam winner Jaana SUNDBERG (FIN) who finished fifth at the Worlds last year. Olympic bronze medallist Automne PAVIA (FRA) won here in 2013 and will be expected to defend her crown in one of the fiercest categories. French star PAVIA will face competition from 2013 World Championships bronze medallist and World Ranking leader Miryam ROPER (GER) and world champion Rafaela SILVA (BRA) who will wear a red backpatch for the first time. Baku Grand Slam winner and top seed DAVAADORJ Tumurkhuleg (MGL) lost out to David LAROSE (FRA) in the -66kg final last year and both judoka return in 2014. TAKAJO Tomofumi (JPN) is one of the brightest young Japanese judoka and has pedigree in France after claiming bronze at the Bercy in 2013. Strong Lukas KRPALEK (CZE) has made the -100kg category his own and will be out to steal the show on the second and final day of the competition. Double Olympic bronze medallist Henk GROL (NED) is capable of improving on his 2013 bronze medal and the same can be said for Cyrille MARET (FRA) who won World Judo Masters bronze last year.