ILIADIS ON TOP OF THE WORLD AGAIN 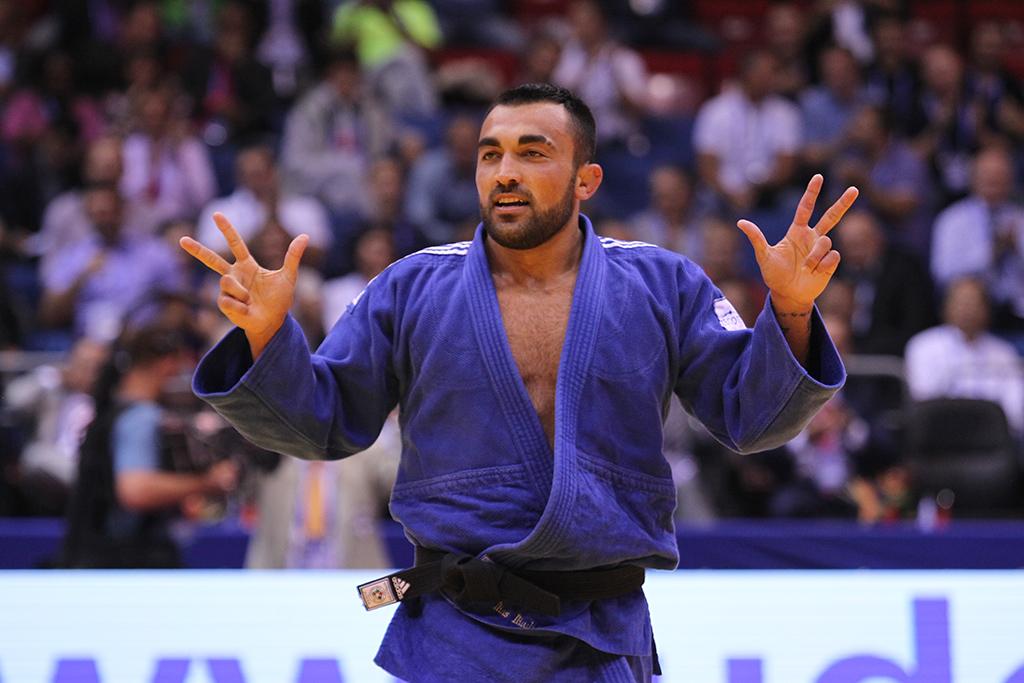 Looking comfortable Ilias Iliadis GRE first faced Mervin Rodriquez VEN scoring freely with makikomi then sode tsurikomi goshi to lead by two yukos after two minutes. The makikomi was working well as Iliadis threw again neatly for ippon. Celio Dias POR was next to take on Iliadis and although Dias almost went the distance he rarely bothered the Greek chancing his arm on only one occasion resulting in Iliadis throwing him sharply with o goshi for ippon. In the quarter- final Iliadis came up against 2005 world champion Guillaume Elmont NED. Their previous meeting had been at the 2013 world championships in Rio where Iliadis won. Elmont was unable to offer up any real threat and Iliadis remained workmanlike whilst Elmont collected shido after shido until he received hansokumake with a minute still left on the clock. It was a shadow of past performances from Elmont. However, Iliadis was showing, as he had in his first two contests of the day, that he had not only an impregnable defence but was perfectly capable of shutting down even the most accomplished of fighters. In the semi-final Sherali Juraev gave Iliadis his stiffest test taking him to time. In a close, tactical battle, Iliadis again demonstrated his all-round prowess, never looking in any danger of being thrown and, when needed, coming up with a trade mark o goshi for yuko that proved to be the winning score. The final was an all-European affair with Iliadis taking on Hungarian junior sensation Toth Krisztian. The audience was treated to a spirited effort from the 20 year old Hugarian but Iliadis had too many weapons for the youngster and eventually threw him with a well executed makikomi for ippon and a third world title. Valrlam Liparteliani GEO and Kiril Voprosov RUS won bronze medals making it a clean sweep for Europe in the -90kg category. Audrey Tcheumeo won silver in the -78kg category and Ana Maria Velensek SLO took bronze. There was also a bronze medal in the -70kg category for Katarzyna Klys POL.

For the rest of the results from Day five click on: http://www.ippon.org/wc_sen2014.php
Click here to see our gallery: http://www.eju.net/media/?galleryId=91&mode=showEvent&id=1833