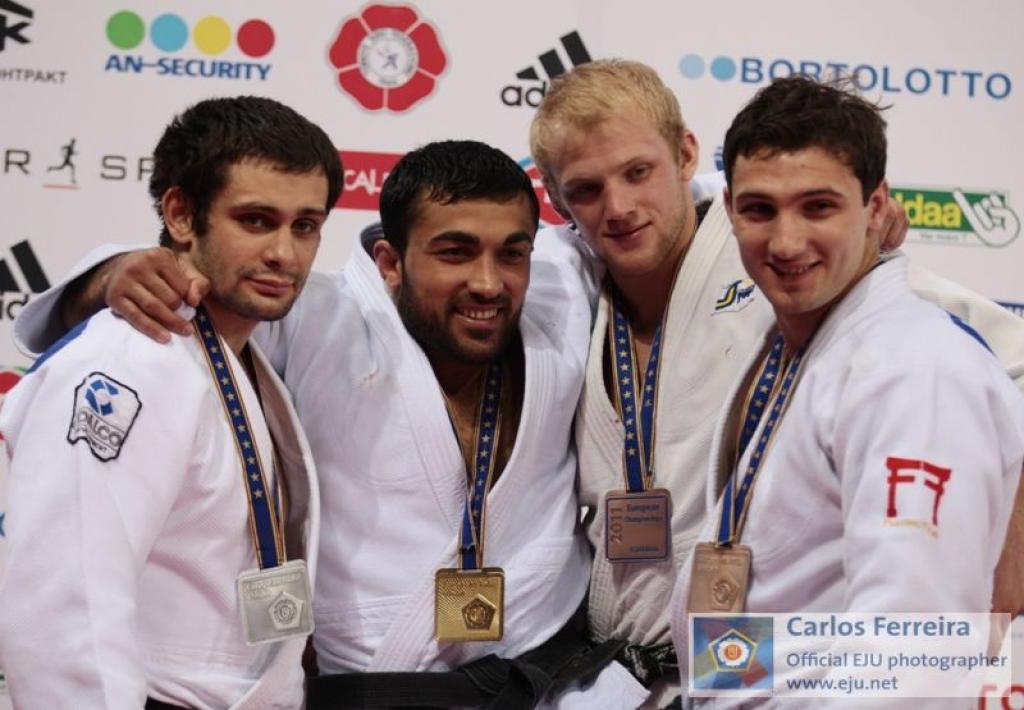 Ilias Iliadis struggled a lot in his career but what a career he has got. Today he added another title to his list of honour. In the final he defeated Kirill Denisov from Russia. It was his second European title. His first he won at the age of 17 as youngest ever European Champion. Today he is more mature, more relaxed, enjoys judo and is not hunting for medals anymore, he simply IS the best.
In the final he showed his confident smile to the crowd that saw him taking the lead against Denisov. Both fighters know each other well but have just met three times. This year Iliadis defeated Denisov in Baku at the IJF Masters. But Denisov had beaten the Greek before in 2010.

The World Champion from Tokyo was already Olympic Champion at the Athens Olympic Games in 2004 at the age of 18yrs. Denisov is the World’s bronze medalist in Tokyo but didn’t get many chances against Iliadis.

For the bronze medal it was Marcus Nyman (SWE) who said goodbye to his European title. Nonetheless he was able to continue success. With such strong fighters in Europe in this category a bronze medal is not so bad. He defeated Robert Krawczyk (POL) in the small final.

Varlam Liparteliani (GEO) won his third consecutive medal at European Championships. Last two years he finished as runner up and this edition he took the bronze. Milan Randl (SVK) was his victim but could also be quite satisfied with his performance. He would have liked to win bronze, which was a nice gift for his birthday on Sunday but that will remain an Easter dream.