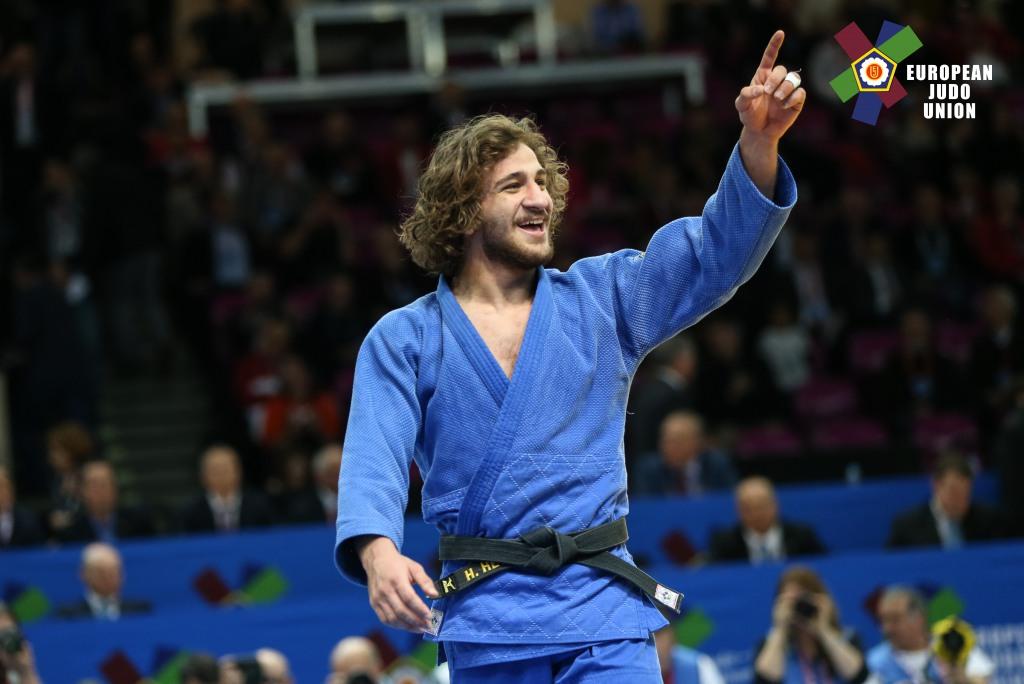 Medal expectations were high for Azerbaijan on day two of competition at the Senior European Championships in Warsaw. For the most part, eyes were trained on reigning European champion and Olympic silver medallist Rustam ORUJOV (AZE) who began the day as number one seed. But it was team mate number six seed Hidayat HEYDAROV (AZE) who rose to the occasion to claim his first European senior title. The 19-year old Azeri arrived in Warsaw as the current holder of both the junior and -23 European titles at -73kg. It was a tall order to expect Heydarov to vanquish a field that contained three Olympic medallists. And yet he managed with some skill, flair and incredible fighting spirit to triumph from a field of 43.

After a first round bye Heydarov overcame by a single score of waza ari 2017 Katowice European Open winner Javier RAMIREZ (ESP). He followed this up with back-to-back wins by ippon first over Hasan VANLIOGLU (TUR), whom Heydarov forced into submission with a neatly executed shime waza, and then in the quarter final against number three seed Tommy MACIAS (SWE). This put Heydarov into the semi final against three times European champion UNGVARI Miklos (HUN). A very close contest saw Heydarov score waza ari from a modified kata guruma with only one second left on the clock to put the Azeri into his first senior European championship final.

In the final Heydarov faced Musa MOGUSHKOV (RUS) who in his fourth senior European championships was making his first appearance in a final. Unfortunately for the 29-year old Russian he was unable to bring his experience to the gold medal match and ended up committing three errors that led to his being disqualified and Heydarov being handed the title. There is time enough for Azerbaijan to determine how they will prepare their young talent [Heydarov] for the future. Keeping Heydarov focused on and around the tatami will be key to ensuring that such preparation will lead to success at the very highest level.