IN-FORM CHITU PRIMED AND READY FOR NEXT STEP 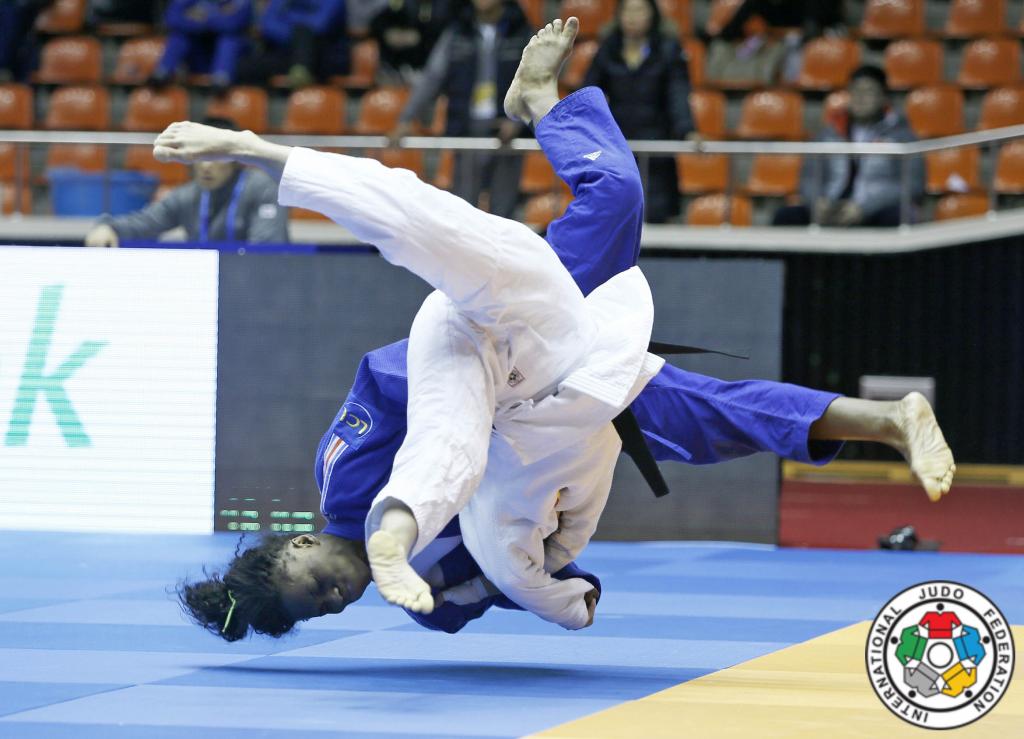 Living up to her top billing Romania’s Andreea CHITU topped the podium in the  -52kg category on the opening day of the Jeju Grand Prix. After a first round bye Chitu opened her day with a win against Maria ERTL (GER) whom she defeated after three minutes with tateshiogatame for ippon. This brought about a quarter final contest with MUNKHBAATAR Bundmaa (MGL) with whom Chitu had 1-3 losing record.  After a close contest it was number one seed Chitu who went through on the back of having committed one less error (shido) than her Mongolian opponent.

In the semi final Chitu faced Priscilla GNETO (FRA) to whom she had lost last month at the Abu Dhabi Grand Slam. In an untidy contest that saw both fighters penalised several times, it was Chitu with 2:13 left on the clock who came up with an o goshi for waza ari. Gneto came back seconds later with her own o goshi but could only manage yuko. Chitu then finished things off with uchi mata sukashi for ippon as the last seconds ticked away.  In the final Chitu came up against relatively untested junior UCHIO Mako (JPN). With 1:30 left on the clock Chitu launched a huge left sided ko soto gake attack that brought the Japanese youngster crashing to the tatami for ippon to take her fourth Grand Prix gold medal. Uchio appeared to injure her right knee on landing and was taken to hospital as a precaution.

When asked about her experience in Jeju Chitu said, “I’ll admit that with only three from the top ten in the world here it was not the strongest of weight categories. But that did not mean that the matches were easy at all. I feel that this [Jeju] was a good test in my preparation for Tokyo next week and I’m looking forward to a good result there.” With Tokyo only a week away Chitu gave some insight to her thoughts on the forthcoming Grand Slam. “I only have one bronze medal to show from all my visits to Tokyo and there is the added incentive of wanting to win my first Grand Slam. So Tokyo is my focus now and I’ll be looking to carry this good form into the final event of the year for me,” said Chitu.