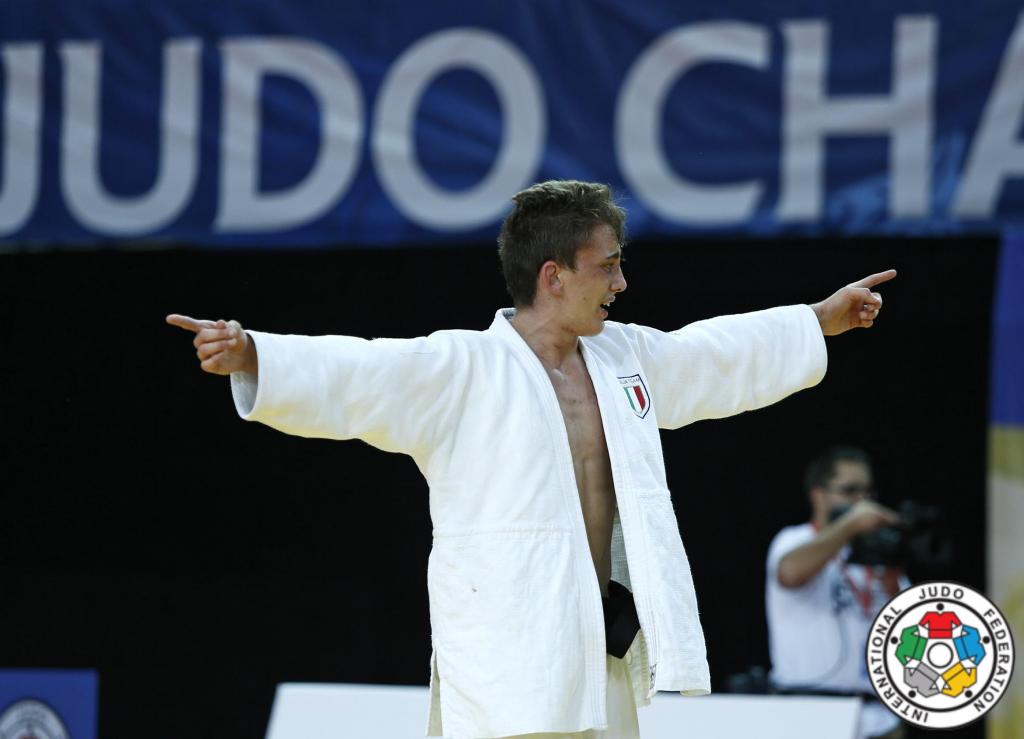 Fresh from his first place finish at the European Youth Olympic Festival in Tbilisi, Georgia a week ago, Italy’s Giovani ESPOSITO proved that he remains in top form by winning gold in the -66kg category on day two of the Cadet World Championships in Sarajevo. Espositio powered his way through to the semi final, defeating along the way Quentin COOK (USA), Eradzh ABDULLOEV (TJK), and Zhankozha MARAT (KAZ) all by ippon. In the semi final, Bilal CILOGLU (TUR), to whom Espositio had lost in the European cadet championships in Sofia earlier in the

year, managed to avoid going over for ippon but could not stop Espositio from scoring waza ari that proved to be the winning score. In the final Espositio faced Bagrati NINIASHVILI (GEO) who scored with makikomi within the first half a minute. Thereafter, however, it was Esposito who made all the going. Pressure from the Italian began to take its toll and Niniashvili collected three shidos as he began to tire. Then, with only 18 seconds left on the clock, Espositio attacked with an o goshi that Niniashvili was unable to block and the Georgian went over for ippon. With regard to the final Espositio said “Toward the end of the contest I changed my tactics and this helped me to gain the ippon.”  “I want to dedicate this win to my brother, my family and to Elio Verde,” said the 17 year-old Italian. Esposito hails from Naples where he began judo aged five and is now coached by Raphael Parlatti. “This win is like a dream come true,” said Esposito. Judo runs in the Esposito family, as elder brother is current -23 European and 2013 junior world champion Antonio Espositio who competes in the -73kg category. “My brother is one of my favourite fighters along with EBINUMA Masashi (JPN). I’d like to compete at the junior world championships in Abu Dhabi, if my federation will send me,” said Esposito.