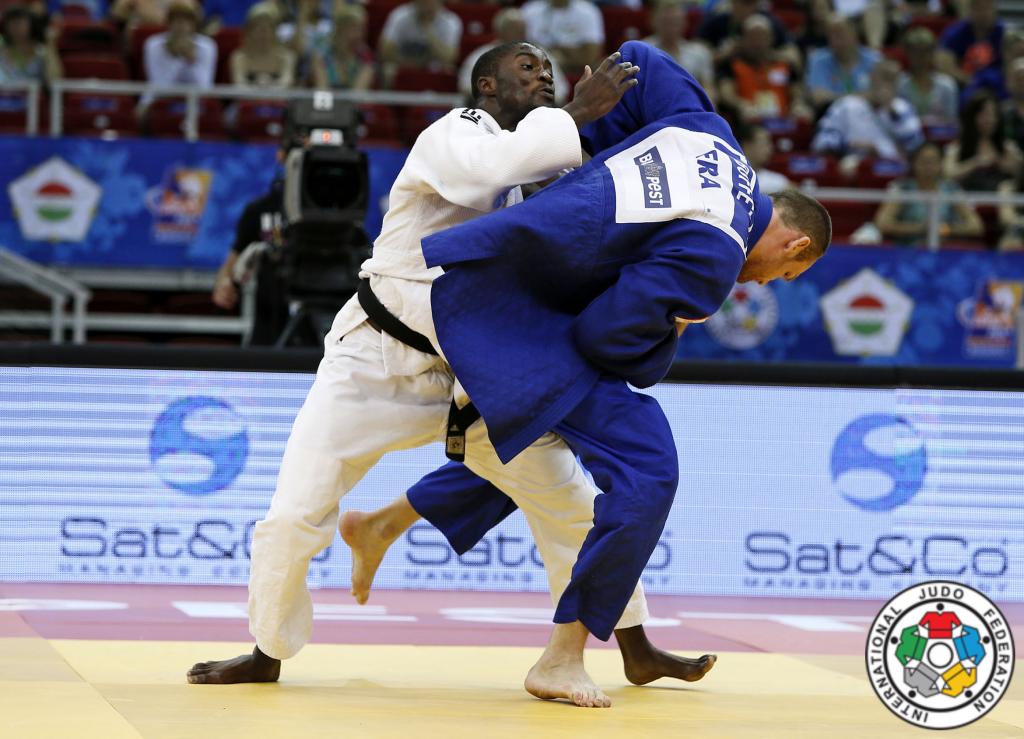 Talk with any athlete and sooner or later the conversation will turn to the subject of inspiration. The list of things, people, places etc. that inspire athletes is long and at times unintelligible. For Celio DIAS, however, his inspiration for today’s gold medal winning performance in the -90kg category at the Budapest Grand Prix was a quote attributed to Serena Williams that says, “You have to be fearless to succeed.” Starting the day ranked at number 33 on the IJF WRL Dias showed little sign of nerves in his opening contest against China’s CHENG Xunzhao whom he defeated by ippon. This brought about a return match with Mihail ZGANK SLO to whom Dias had lost at the European Judo Open Cluj two weeks ago. This put DIAS in to the quarter-final against number one seed and 2013 world champion Asley GONZALEZ CUB. “I knew the draw a few days ago and was anxious when I saw my possible opponents. But on the day of the competition it helps to motivate me when I have to face fighters such as Gonzalez” said DIAS. Early in the quarter-final GONZALEZ had a stroke of bad luck when he reacted to a DIAS attack by grabbing the leg of the Portuguese, resulting in hansokumake for the Cuban. The semi-final was another rematch, and another opportunity for revenge against an opponent to whom DIAS had lost, Marc ODENTHAL GER. The pair had faced each other at the European championships in 2013. This time, however, DIAS came out on top countering the German’s opening uchi mata attack beautifully for waza-ari. DIAS then threw again with right-sided ippon seoi nage for ippon to end the contest and take his place in the final. Romain BUFFETT FRA had come through on the side of the draw to face DIAS. But the Portuguese had his throwing skills in fine order for the last contest of the day and came up with a left o soto gari that brought BUFFETT down for waza ari. That single score was enough to take the gold medal. This win improves the chances for DIAS to qualify for Rio 2016. If the Portuguese needs any inspiration he may do well to take on board the saying “What you do today determines your tomorrows.” I’m not sure to whom this should be attributed. But DIAS will probably discover this soon enough.