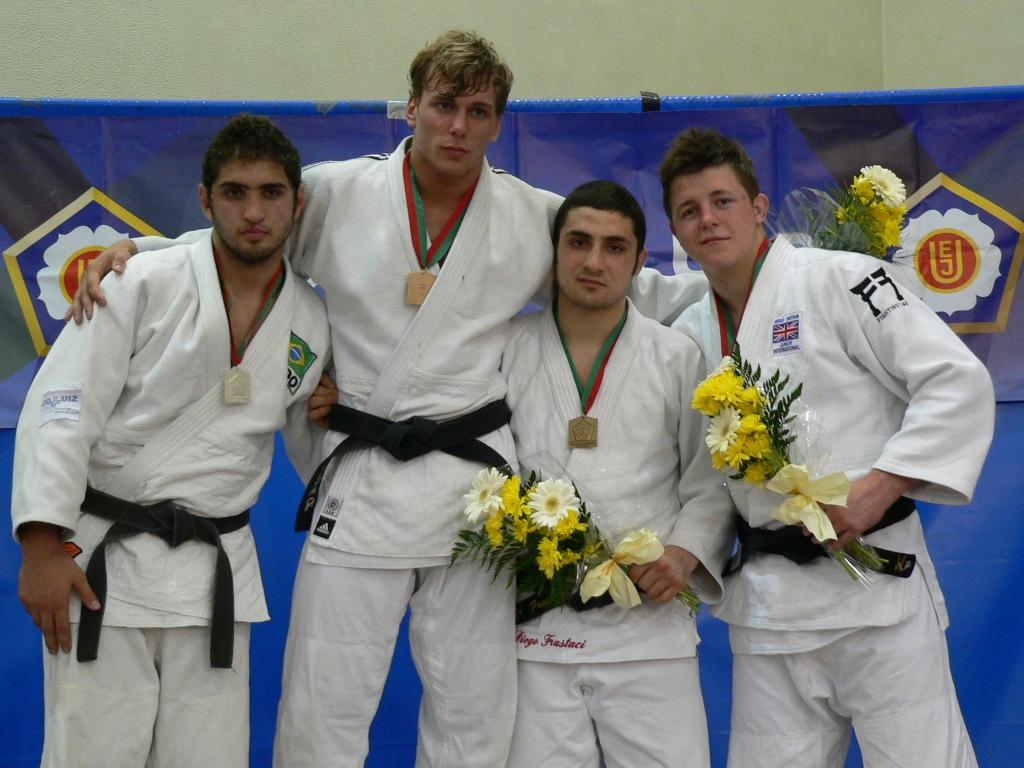 At the first day of the European Cup for juniors in Coimbra Brazil, Great Britain and host country Portugal all took two gold medals on Saturday.
The sports hall had a full attendance and an enthusiastic crowd.
It was one of the most participated junior competitions ever held in Portugal with 17 nations. Three of them, outside Europe: Brazil, Canada and even South Africa.
Belgium and Germany also won a gold medal. The western European countries dominated the men’s division with gold for Dominic Ressel (GER) U81kg. Last year Germany won five gold medals in Coimbra. Dylan van Nuffel (BEL) won gold U90kg and his countryman Toma Nikiforov lost the final against Philip Awiti of Great Britain.