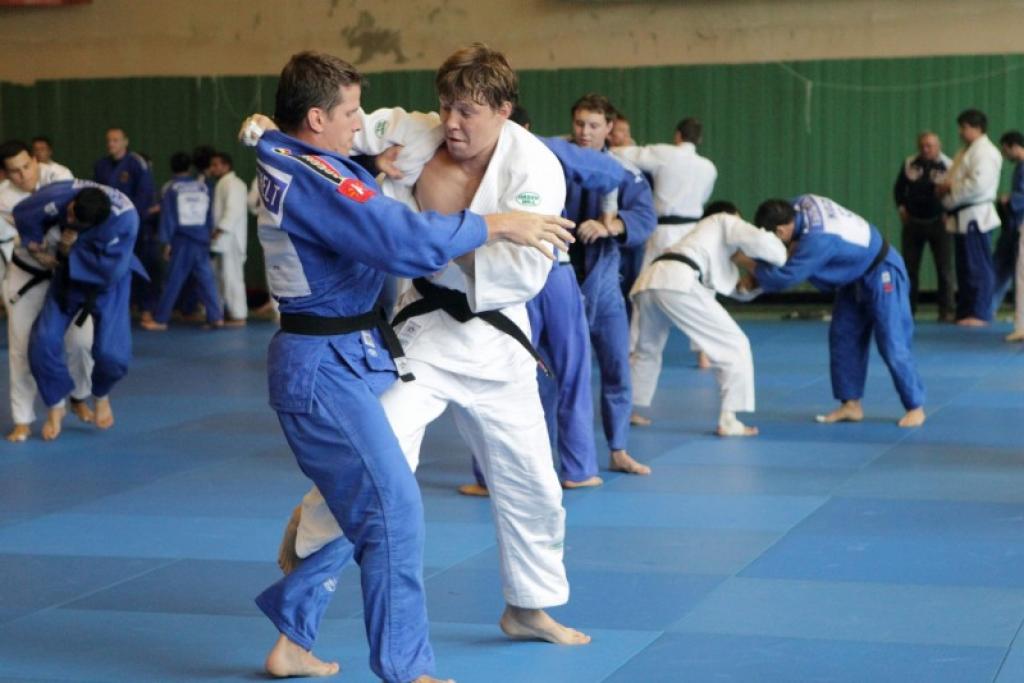 In total 277 athletes have gathered at the Training Camp in Moscow after the Grand Slam of Moscow. Athletes from 25 nations are testing their shape against others in advance of the World Championships in Rio de Janeiro in August. Many of the medal winners are still in Moscow and some will even extend their stay and transfer to Sochi where the EJU OTC “Going for Gold” will be hosted for the first time.

Sochi is also the place where the successful Russian team prepared for the Olympic Games last year. In Moscow a big Brazilian team is also present. The Brazilians are preparing for their ambitious plans to win a record of gold at the World Championships. In 2007 Brazil won three gold medals, all men, now the women’s team is also very strong. The men’s team still consists of 2007 World Champions Tiago Camilo (not present in Moscow) and Luciano Correa. Last week Brazil won 10 medals, which is a good grade for their form and ambitions. Gold U66kg was a surprise for Charles Chibana, but Olympic Champion Sarah Menezes is still going strong U48kg. Also heavyweight Maria Suelen Altheman has a fair chance for a gold medal in one month. Among the European Olympic medallists in Moscow are Tagir Khaibulaev, Henk Grol, Alexander Mikhailin, Ivan Infontov, Ilis Iliadis and Dimitri Peters.

A big team in Moscow is also the German team, that had a successful week in Moscow with gold for Sven Maresch U81kg, Robert Zimmermann +100kg, and Miryam Roper U57kg. Furthermore big teams from Azerbaijan, Netherlands, Hungary, Italy, Great Britain and obviously Russia with 115 judoka are well represented.

So far, after the Grand Slam of Moscow Europe won 65 gold medals (241 total medals) at the various Grand Slams and Grand Prix and including the IJF masters. Last year this was just 34 (142 medals), an increase of 91%. Last year’s figures are comparable to the number of medals won by Asian judoka this year; 36 gold (142 medals). Last year Asia won 33 gold medals and 105 total medals in the first half of 2012.