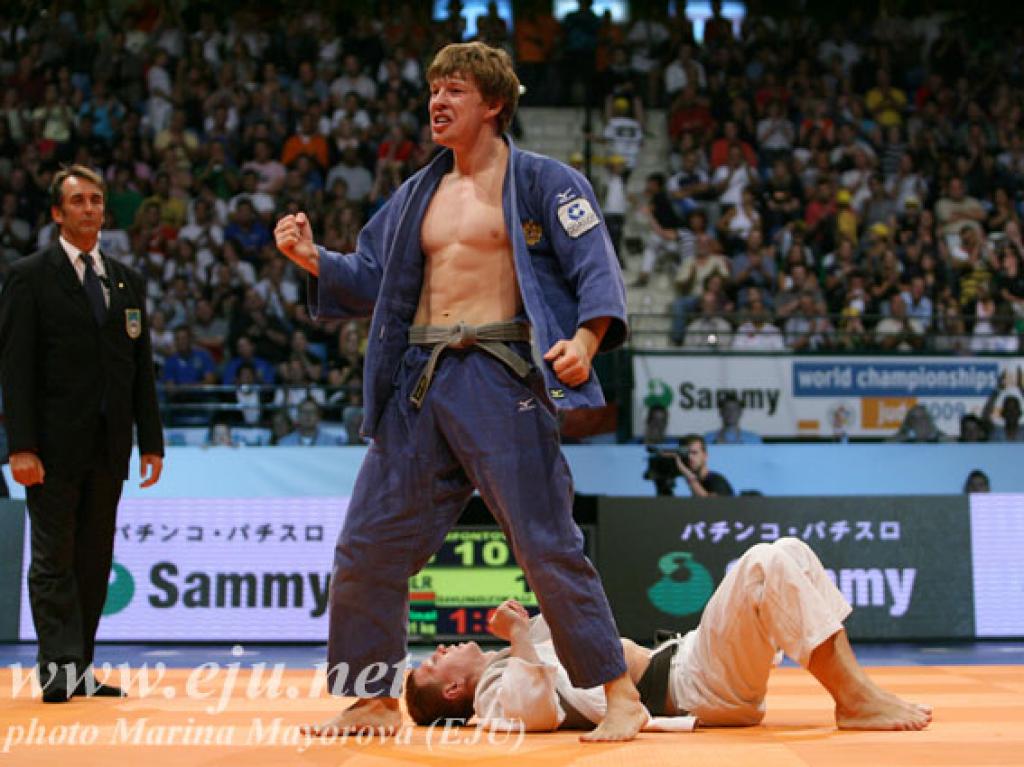 Ivan Nifontov (RUS) had his greatest day ever to win the World Title in the final of the -81kg division at the 2009 World Judo Championships on Friday. He is one of four male judoka who ever won the World- and European title in one year.

Nifontov responded after his title: “I’m just very happy right now. Maybe I haven’t realised yet that I won. My goal coming here was to win. I’m the top ranked judoka, so I wanted to win.”
“We’ve worked very hard in advance. We’ve changed our preparation. We have had a lot of training camps and we almost didn’t rest anymore. All this hard work paid off and led to today’s success.”

“I was not afraid of Ole Bischof (the Olympic Champion). I went into the match to win.”
“Tonight we’ll celebrate wherever they take me. I’ll celebrate with friends and other people close to me.”

Silver medallist Siarhei Shundzikau (BLR) said: “On the one hand it is a big joy, but on the other hand it is a disappointment. To be in the final and to lose because of one mistake is a little disappointing. I thought I already had the gold in the pocket. Maybe this was a mistake.”

“My goal was to medal. Each match was difficult, each match was principal.
This is my first medal at the world championships.”