Interview with Teddy Riner just after he won his medal 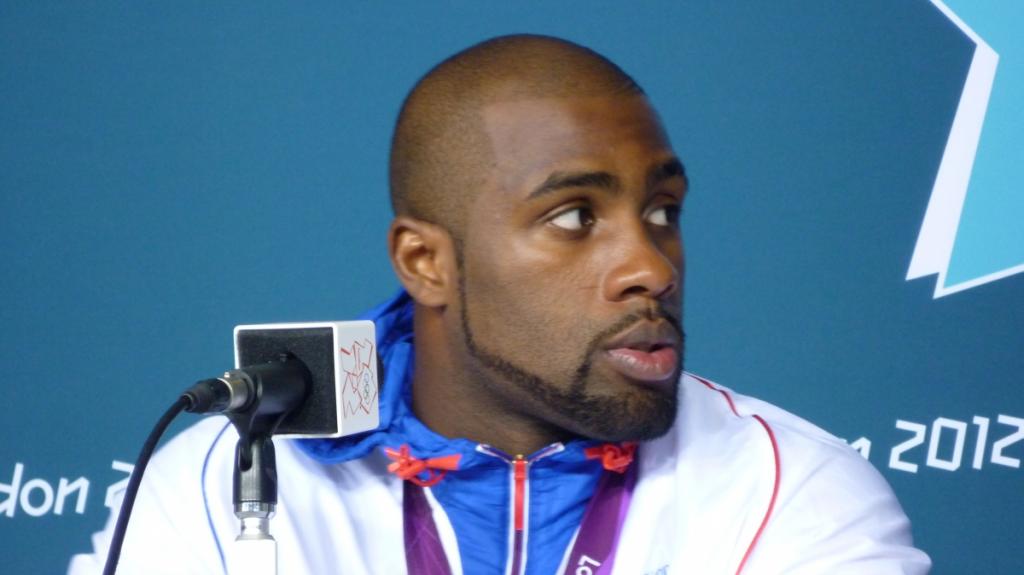 Teddy RINER won the gold +100kg. The Olympic champion speaks about his preparation, the Japanese teams, his approach of these Olympic Games and his final opponent Alexander Mikhailin.

“I can tell you that my coach gave us all the tools that are necessary to prepare for today. I remember the training camp where we had three training partners coming towards us and fighting against us. For the last four years, it was particulary difficult when it comes to waiting. The work has been done, it has been difficult, but it’s been done.”

On how his experience at Beijing 2008 helped him:
“I identified my weak points and understanding about what exactly had to be worked on. I have matured and grown up. I have learned some new techniques to attack on the left and right.”

On his plan to keep his opponents as far as possible and not to try to get ippon:
“I just decided to remain aggressive and try to catch my opponent as quickly as possible. It’s true there was no ippon or no big technique, but I realised that the Olympic Games are different to world championships or any other competitions. All the opponents are ready to do anything.”

On the result of the Japanese team which ended in one gold, three silvers and three bronze:
“I can’t tell you so much about the Japanese team, but I have practiced with them. They have wonderful judo athletes, and they know the techniques very well. Obviously, this result was a little bit different, but I know for sure we will compete againt Japan in future competitions. I can tell you we (the French team) have great players.”

On his positive reaction to the criticism from Alexander MIKHAYLIN (RUS):
“We have known each other for a long time. Obviously this is a combat sport and there is rivalry between us. I think he is a nice guy and his reaction is completely understandable. This is the Olympic Games. That’s why I reached out to him in the end.”

Watch the interview with Teddy Riner below: