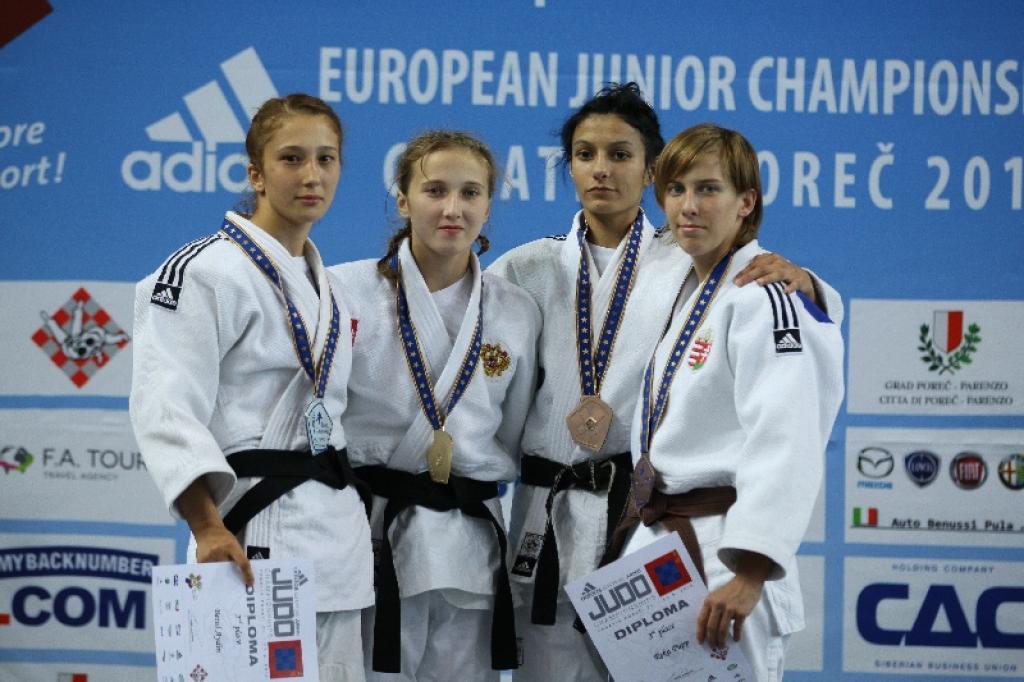 The final U44kg was won by Irina Dolgova from Russia. In 30 seconds she defeated Turkish champion Betul Aydin. Dolgova is just 16 years young and already World Cadet Champion. What a birthday present for her, next week she will turn 17 and already won the European Cadet title and was victorious at the EYOF in last year. Now she continues the success in the junior category.

The bronze medallist Damyanova (BUL) said to us: “I was disappointed to lose to Dolgova in the semi final whom I’d beaten once before.
It was a close match but I feel the next time the result will be different. As far as my bronze medal is concerned I am happy because it’s it the first year in Juniors.”

Dolgova said: “ I am still young but have been lucky to have a lot of success so far. But my real goal is to compete at the Olympics.. and take a gold medal” she said 100% serious and dedicated. “Next year I will move up to U48kg.”