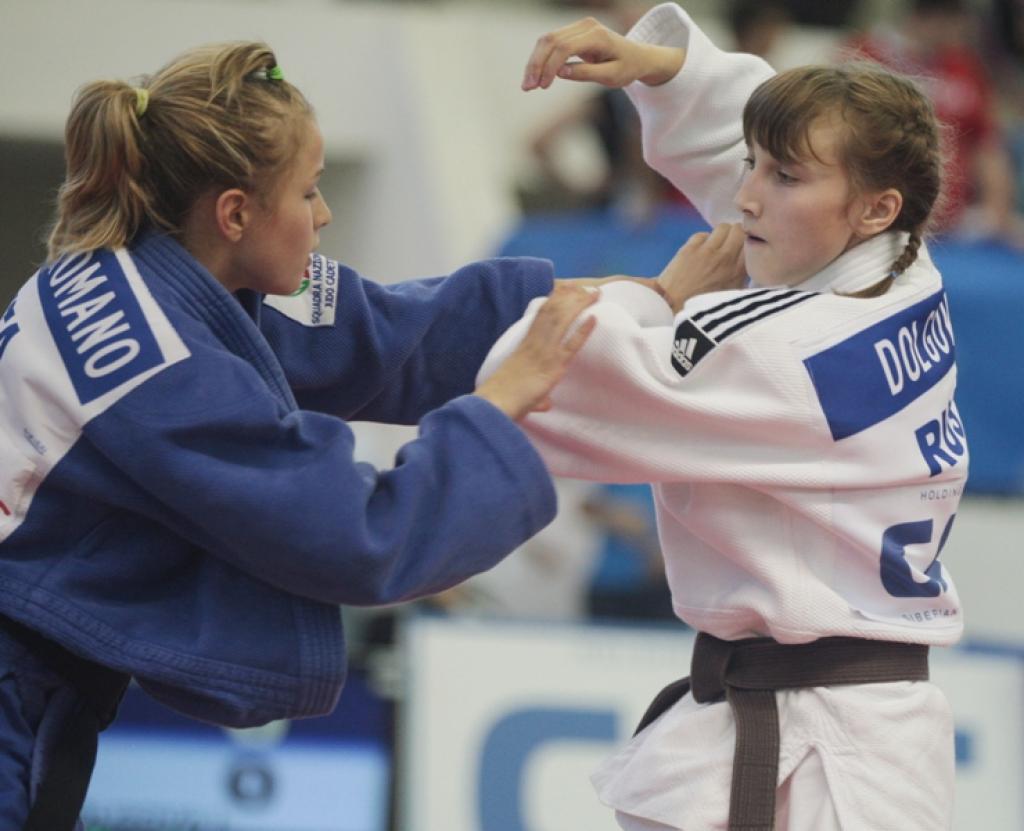 The Ukraine is celebrating it’s first ever World Cadet Champion. The host nation of the World U17 Championships could cheer for Pavlo Skopnenko who collected the world title in the category U55kg by defeating Ming Yen Tsai of Taipei who was the first medallist ever for his country.
Cadet super star Irina Dolgova of Russia finished the tremendous triple in Kiev by winning the World title U44kg. Dolgova had already won the European U17 title and the EYOF last month.
Europe won two gold medals just like the first edition and won as well two silver medals. European U17 Champion Elios Manzi from Italy who lost to Japanese Ryuju Nagayama.
Romanian Ruth Barna lost the final U40kg against Tawany Silva from Brazil. The Brazilians won two bronze medals as well.
Russia won gold and bronze (Shapi Surakatov) at the first day in Kiev but also Italy won two medals, silver for Manzi and bronze for Sara Maria Romano U44kg.
The U40kg was dominated by Brazil but the rest of the podium was European. Evi Vermandere won bronze for Belgium and Ana Budescu made a great performance by winning bronze for her country Moldova. The last one to win a medal for Moldova at a youth world championship was Lyudmila Kristea at the World Junior Championships in 1994.
Azerbaijan’s Sadig Maharramov won bronze U50kg.

Follow the second day of the World U17 Championships via this link: