ISRAEL TO HOST EUROPEANS IN 2018 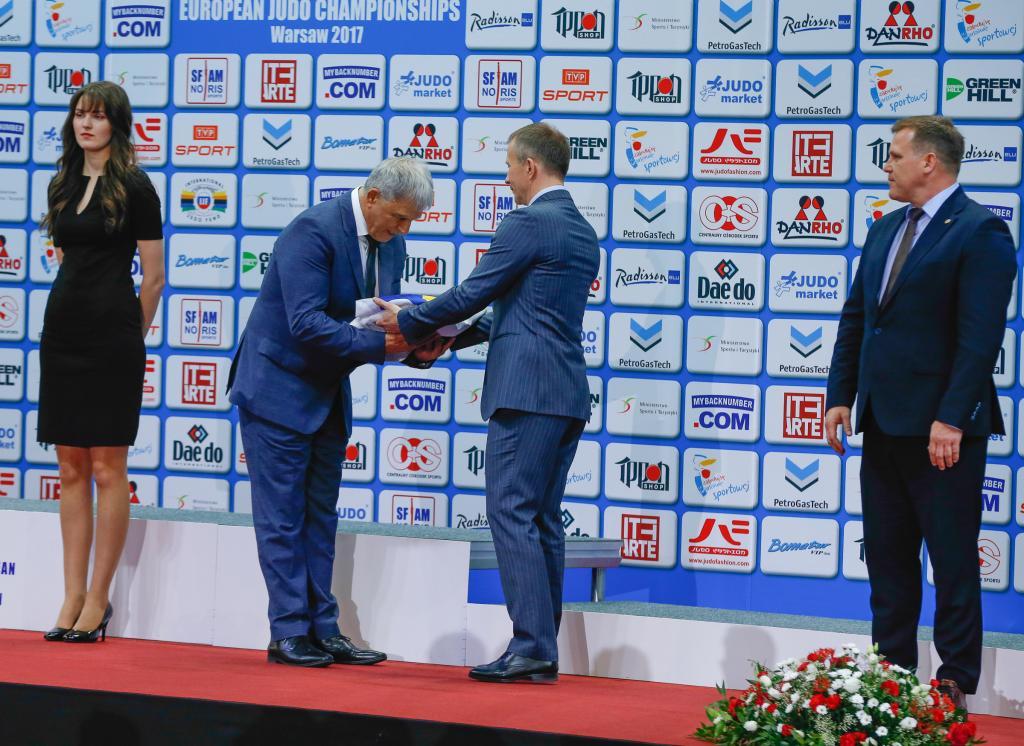 We are delighted to announce that the 2018 European Judo Championships will be hosted in Israel. Following protocol, the official flag handover ceremony was conducted on Sunday, the 23rd of April 2017. The President of the Israel Judo Association, Mr. Moshe PONTE expressed his thoughts after the official ceremony;

“I could list three reasons why it is important for us to host the European Championships next year. First of all, it will be for the first ever time we are hosting a Senior European Championships. Last year, we hosted a great U23 European Championships which everybody enjoyed, all the people and all the countries said it was a great championship. Thirdly, because Israel is going to be celebrate their 70th anniversary as a country. In addition, Judo is the first sport in Israel; in every home, there are one or two children participating judo and all the families will come to see judo, they love judo, and so surely they will be partners during the event.”