IT JUST KEEPS GETTING BETTER AND BETTER FOR NIKOLIC 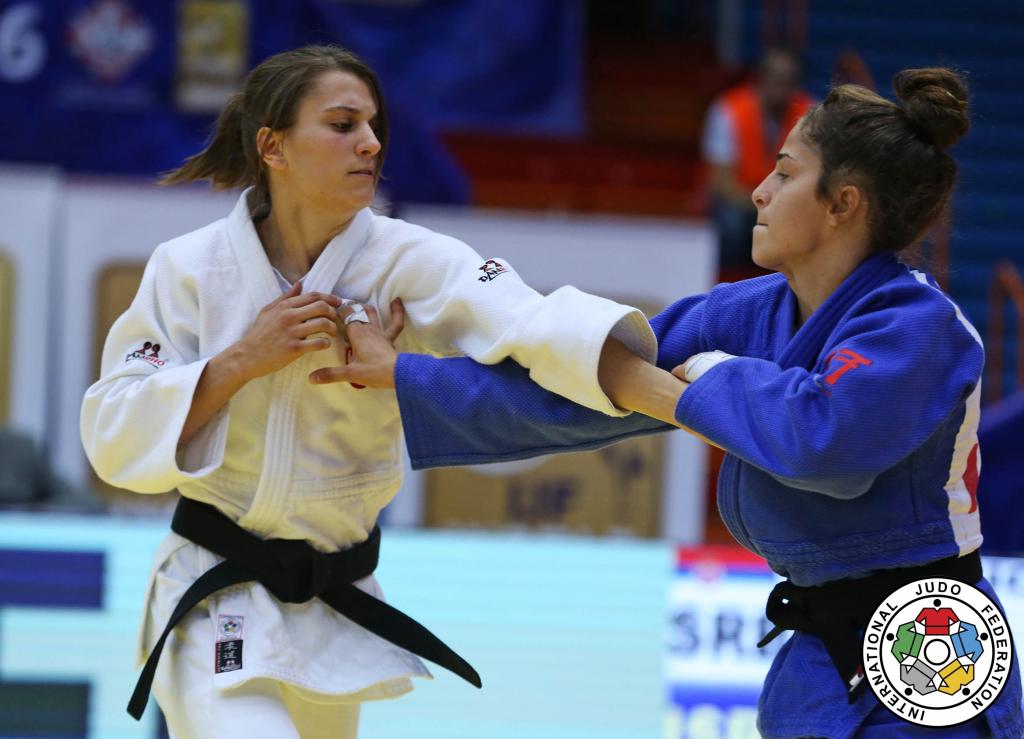 Success for 21-year old number one seed Milica NIKOLIC (SRB) came on the back of yet another improved performance. After bronze medals earlier in the year at the Budapest Grand Prix and the Tyumen Grand Slam, Nikolic claimed top spot in the -48kg category on the opening day of the Zagreb Grand Prix.

Nikolic had the benefit of a first round bye before facing Cheyenne MOUNIER (FRA). The pair had gone head-to-head in February at the European Open in Warsaw where Nikolic prevailed. Once again it was Nikolic who came out on top as she overpowered Mounier to win by ippon. Anastasia PAVLENKO (RUS) was next to fall for ippon putting Nikolic into the final where she faced Noa MINSKER (ISR). It was the third time that Minsker had come up against Nikolic having suffered losses two previous losses. Nikolic was in no mood for being generous and yet another ippon dashed any hopes of an Israeli win. Nikolic took her third IJF World Tour medal of 2016 and looks well set as a force in the weight category.