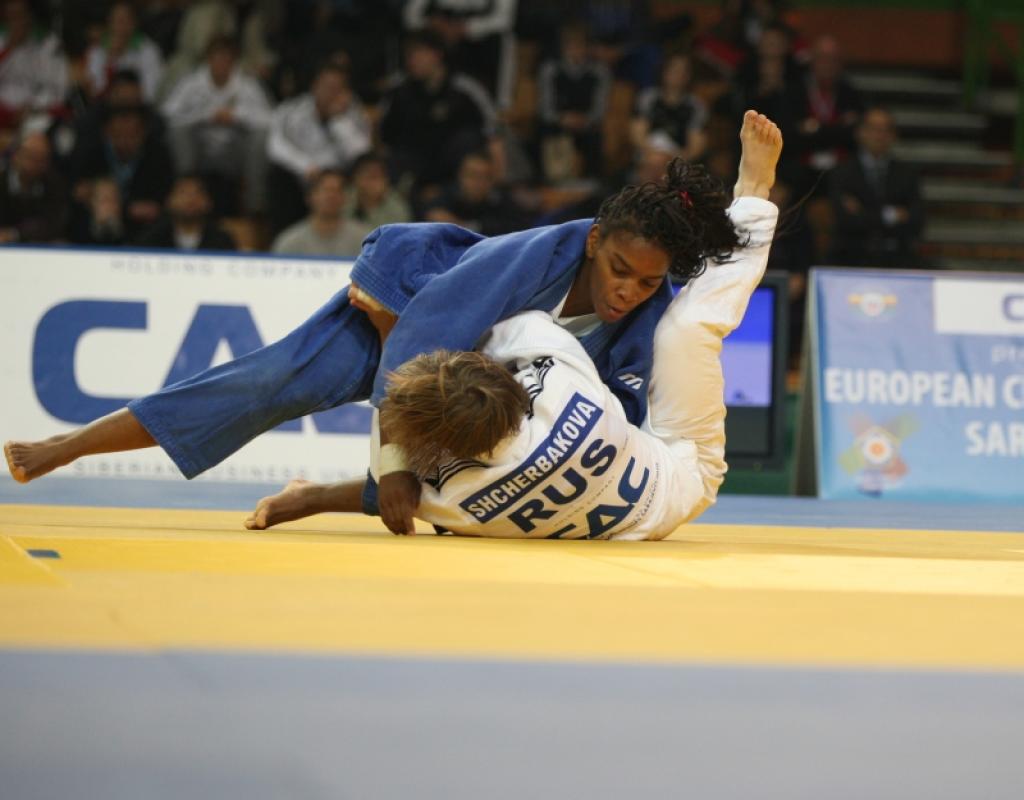 The year was long for Edwige Gwend. On Saturday the Energetic Italian won the gold medal at the European U23 Championships in Sarajevo. In the final she defeated Russia’s Anna Shcherbakova.
Gwend won silver at the World Cup in Warsaw in February, took the Italian senior title in March and surprisingly qualified for the European senior final in April.
Last year’s European junior champion made a successful connection with the seniors and stated today that there is no limit anymore. Fear has never been a case for Gwend who has an opportunistic and offensive style of judo.
In the final 20-year old Gwend scored a waza-ari halfway the match and was never out of control.
Now she has to push harder against the top of international women’s judo. This category has approximately five tough competitors that Gwend cannot beat yet. If she wants to make progression she should start to win of those rivals like Ueno (JPN), Willeboordse and Van Emden (NED), Malzahn (GER) and some comparable fighters like Gerbi, Schlesinger (ISR), Stam (NED), Koval (RUS).
Gwend won the 7th Italian U23 title since the start in 2003. In that year Laura Buchi won the first, in the same category U63kg.

Germany won the first medal this event by Martyna Trajdos who defeated French Maelle Dicintio for bronze.
The other bronze was for Bulgaria. Ivelina Ilieva won the first ever women’s European U23 medal for her country.