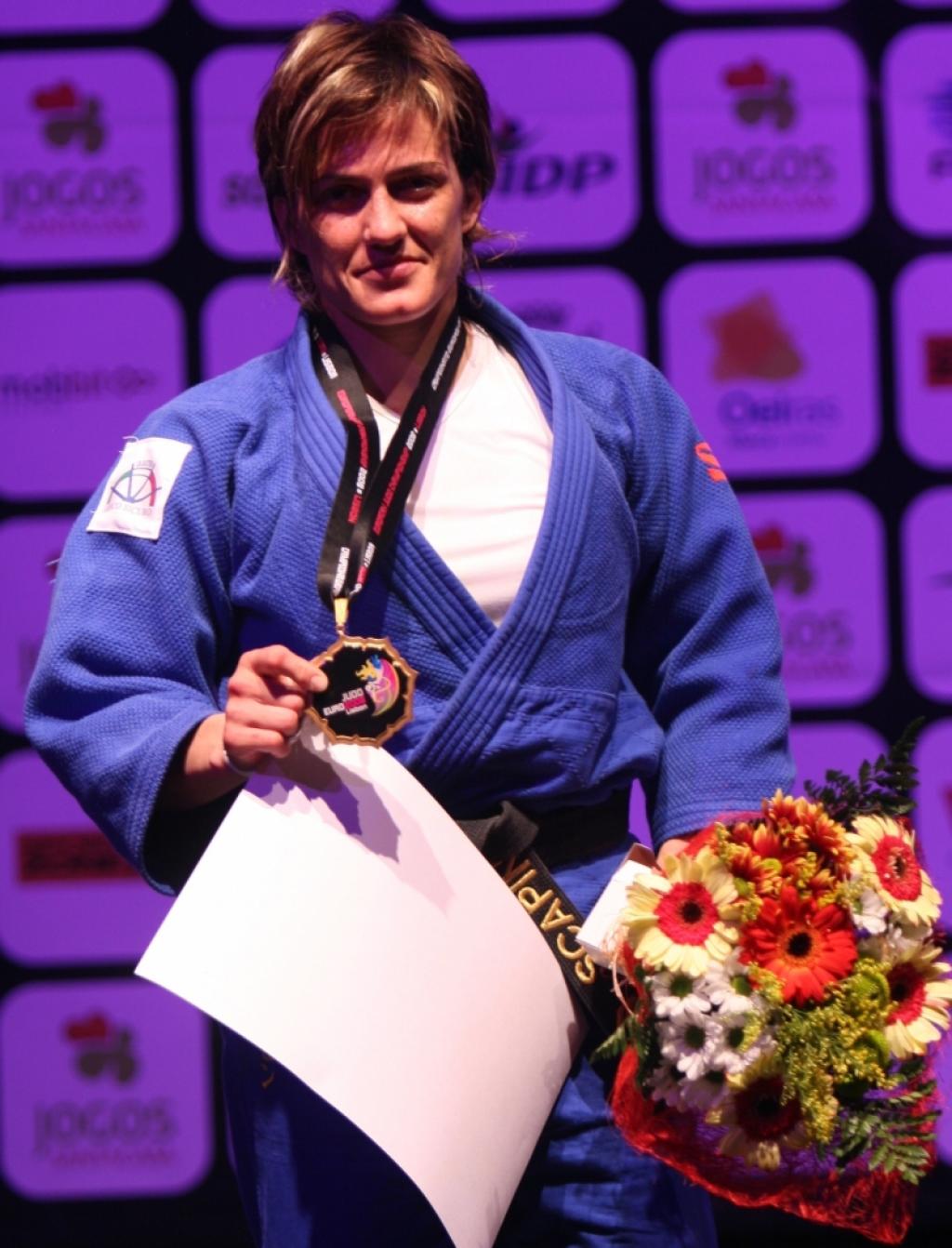 She comes back to “rewrite the ending of her adventure”: after four participations at the Olympic Games and two bronze medals in Atlanta and Sydney, Ylenia Scapin will be back to competition. She is planning to fight for the last time next weekend in Pesaro at the Italian Team Championships.

After her official withdrawal from competitions four years ago, Ylenia Scapin hasn’t still digested Beijing delusion in 2008: “I was one of the favourites, Scapin remarks,  I arrived in Beijing with the gold medal won at the European Championship and all the forecasts gave my name as winner of a medal. But I wasn’t calm before the beginning of the competition”.  On August 16, 2008 Scapin got out from the Olympics during the repechages, abruptly defeated by the young Colombian Yuri Alvear. “When I went down from the tatami I awakened and confusion passed but it was too late: she made an ippon but what really matters was I didn’t try till the end, I didn’t keep trying”.

Beijing seems to be the bitter ending of a champion. Scapin starts  from scratch: she quits her military team, she gets going again, working behind a desk for the Italian finance police; she comes back on tatami to coach children at first and then by his partner side, Roberto Meloni, training for London Olympic Games. Meanwhile Ylenia becomes mum: Giacomo, three years old, follows his mother wherever she goes in Italy to teach judo.

The niggle for the Beijing defeat, in the back of Ylenia’s mind, never went away: “It wasn’t the ending I wanted for myself, not only for the defeat. I don’t regret my life as an athlete, neither the  taste of the contest or the joy of a medal, but there is a shaded feeling of injustice I’d like to erase with a beautiful farewell party, going down from that tatami willing to do it!”

It is the first time that Ylenia fights since she has become a mum and next weekend her little child Giacomo will be the first of her supporter: “This summer I prepared a t-shirt for him to support daddy Roberto in London. I’ll plan something also for my contest: it will be a new sensation fight knowing he’s there and maybe hearing his voice”.
In Pesaro, Ylenia’s partner Roberto Meloni will fight his last contest too: “Together we close our competitive career and together  we’ll walk along the way we will build”.

Now for  Ylenia it is the time to collect the right feelings for the match, as happened in the past: the goal is to rewrite history. “I believe everybody deserves an happy end, or if possible, to have the opportunity to build it. Tatami is a battlefield but this time is the chance  for the last light-hearted present to that  “Scapin – 70 kg- Italy” I left in Beijing”.

Ylenia is going to celebrate her ending: on December 1st, she will be in Pesaro on the mat. Then… “then” will be a different story.