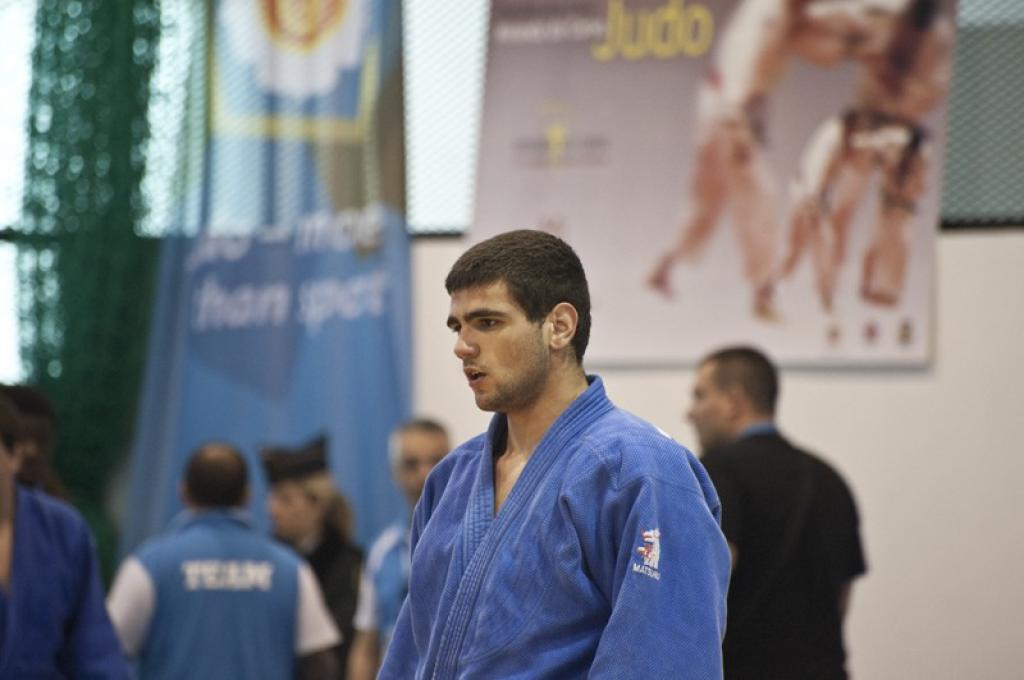 At the second day of the Cadet European Cup in Coimbra, the teams from Great Britain and Italy claimed the most medals.  Each team entered the podium seven times. Portugal finished the tournament with the total of six medals, adding to the female victories from yesterday. The men won two medals; a silver for Pedro Silva U90kg and a bronze for Vasco Rompao in +90kg.

The U81kg final match was marked by the massive o-uchi-gari ippon of Lorenzo Rigano from Italy.

The Israelian team also had good performance. They left the Sports Hall with another four  medals and an exciting final match in the U73kg category. This weight class was won by Arso Milic from Montenegro with a nice o-goshi-ippon. Milic won a bronze medal last year at the European Cadet Championships in his own country, in Coimbra he claimed the second ever victory for his nation in this age category. In 2009 Tanja Bozovic won the European Cup U17 in Ploiesti (ROU).

Italy won the medal tally with four victories (all men) and 13 medals in total.

Host nation Portugal had to be satisfied with one gold medal, three silver and two bronze, four less than last year.

Watch the full results and all actions in pictures here: