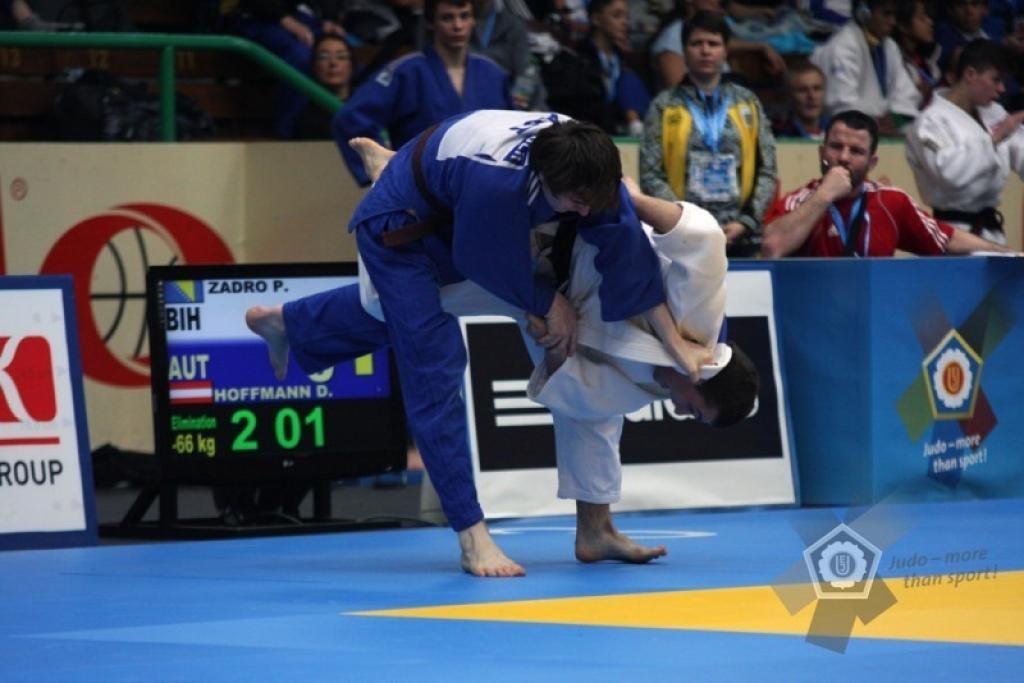 At the European Cup for Cadets in Zagreb the Italian team claimed the most gold medals. The Italian lightweight men took the two gold medals U50 and U55kg. The obvious and well known names won their weight category. U50kg Angelo Pantano, the small man with big potential defeated Belgian Jorre Verstraeten in the final. The Belgian Champion couldn’t prevent the Italian U21 champion Pantano to take the gold medal this year. Last year Pantano was third.

The Ukraine did win gold, U60kg it was Bogdan Iadov who improved the fifth place of last year grabbing the gold in a field of 71 participants!

The final U66kg was amazing and won by Petar Zadro. The young man from Bosnia won his second European Cup in this age category and defeated Timo Allemann of Switzerland in the final. AN amazing number of 77 participants in this category. Zadro is the runner-up of the last European Championships in Bar (MNE).

In the women’s category four different nations claimed the victory in the four categories.