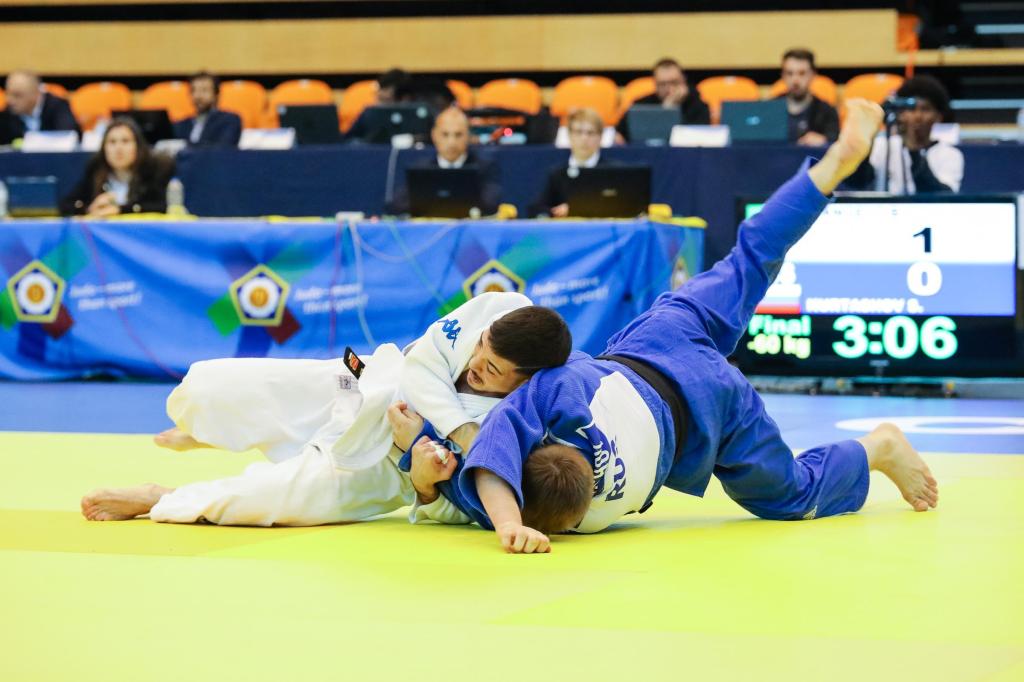 The italian Biagio D’ANGELO had a brilliant day and won the gold medal at the -60 kg. He started by winning against Imam Ibragimov, junior world bronze medallist and followed by betting David LAROSSA (ESP) and his his teammate Luca CARLINO. In the semi-final he has faced his other countrymen Alessandro Aramu. The day ended as it had begun, against a russian, this time D’Angelo won by ippon agianst Semen KURTASHOV.

At -48kg, Mireia LAPUERTA was the favourite and but the young talented Assunta Scutto, last year European cadet silver medallist, won against her by Ippon and the 2nd gold medal for Italy.

Italy won two more gold medals, with Federica Silveri winning the -52kg category and in the Italian -73kg final, where Matia Prosdocimo took the best against Andrea Spicuglia in the golden score.

Russia also did the same in the -66kg! Ismail Misirov fought the final against his team mate Muloradzhab Khalifaev, but today he was unstoppable. He won all his 5 fights by Ippon!

There was also a special guest on the tribune! The 3 times World Champion Clarisse Agbegnenou came to Portugal to watch her younger brother. She said:

”I’m going to be suffering for him and cheering for a good result. It’s always difficult to watch the battles of the family, but I’m sure he’ll do his best.”