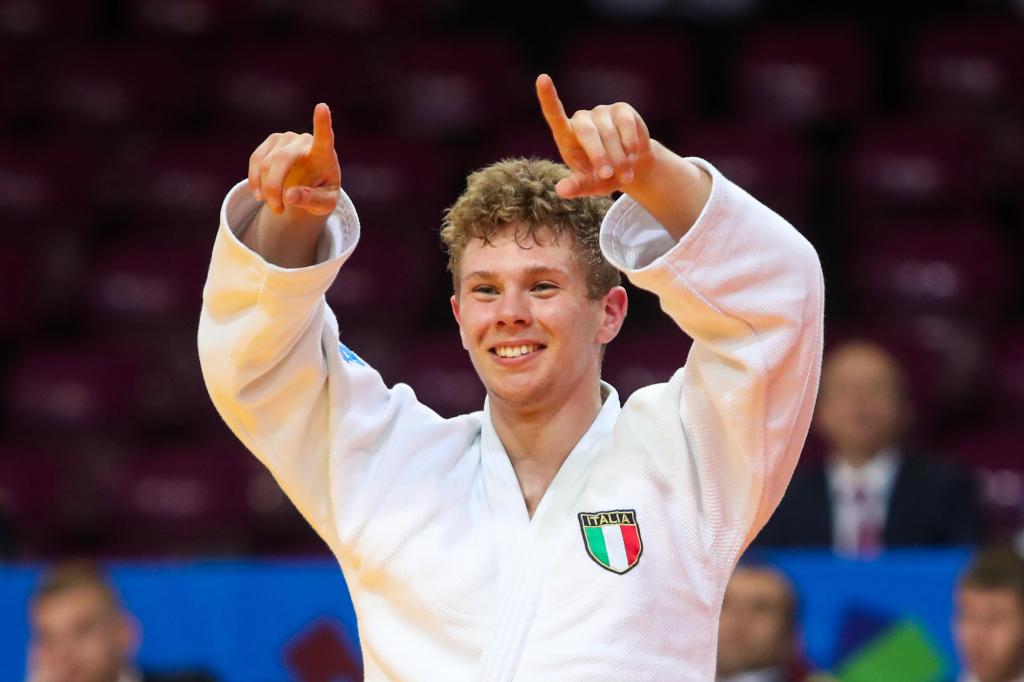 The Italian team took the day by storm, topping the medal table with two gold accomplishments from Assunta SCUNTO and Vincenzo SKENDERI in the – 48kg and – 55kg categories respectively.

The first of the two to take the Cadet European Championship title was SKENDERI. The contest went in to golden score against FARKAS Bence (HUN), both of the young athletes fighting for the grips and coming close to a score but the pair were agile enough to escape the speedy techniques. SKENDERI stayed true to his style and persevered with his yoko-otoshi until he satisfied the referee with a waza ari score, and his team mates erupted in the stands. SKENDERI was overcome with happiness and his achievement hadn’t quite set in yet,

I am very happy, I didn’t expect this result.

Italian national coach and U18 Team Manager, Alessandro COMI, interrupts laughing and disagreeing, telling us that the Cadet European Champion has been showing great determination in the build up to this event, confident that he would have the ability to get on the podium today. Though SKENDERI was visibly struggling and having difficulties with his hand during the final, he endured the inconvenience to make sure the gold medal was hung around his neck in preparation for the European Youth Olympic Festival in Baku next month as well as the Cadet World Championships.

Following SKENDERI’s success was the 2018 Cadet European Championships silver medallist, Assunta SCUTTO. The petite judoka triumphed in the final against her tall opponent, Raquel BRITO (POR), stepping out with absolute conviction, making the fight completely her own. Attacking within the first four seconds and throwing BRITO to the ground, it was clear she had her purpose. Eventually, a minute and a half in to the contest, SCUTTO moved BRITO and placed herself perfectly for an effortless o-goshi, claiming her ippon score and her ultimate goal of the gold medal.

When asking how she felt now replacing her silver with a gold she told us,

For me, it was a personal war with myself, I needed to take the gold after missing out last year and leaving with the silver medal. I wanted to win so so badly. I prepare a lot with the national team and the coaches of the national team, this helped me greatly towards my result today.

We also had a training camp in Sardinia in the south of Italy for 15 days before we came here and before this I was training in the Olympic centre with the senior team. I train in Naples with MADDALONI and now also train in Rome with Antonio CIANO, which has contributed to the expansion of my judo.

Contributing to her confidence in the final contest was her passion for the sport,

I train specifically for this, I love to fight and I love to win. I had a huge support system here, the team is amazing and now I am leaving as their champion. I want to say thank you to all my friends that were here to support me, and the national team.

The strong Italian team will continue their mission tomorrow to top the medal table and prepare for the mixed team event on Sunday. 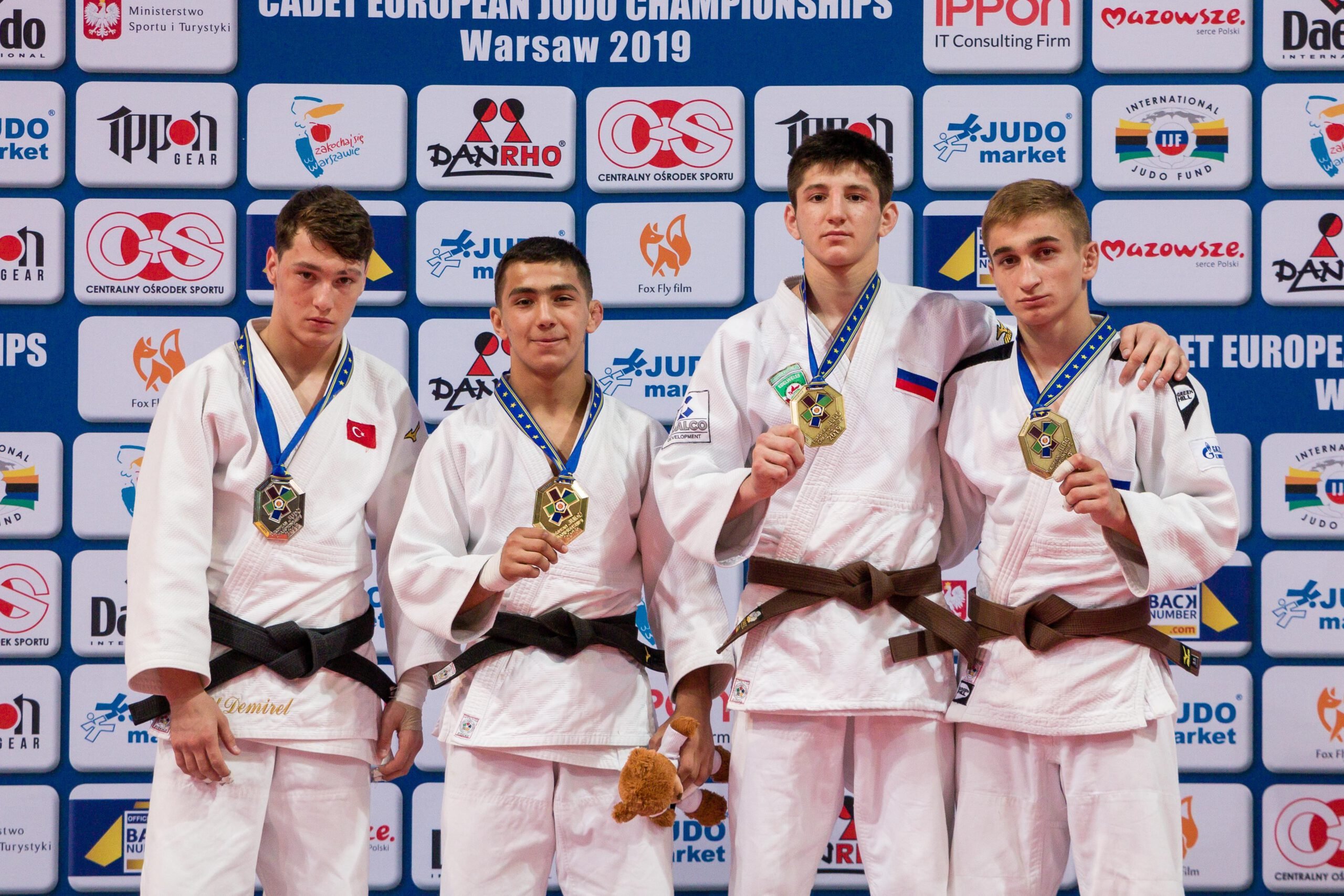 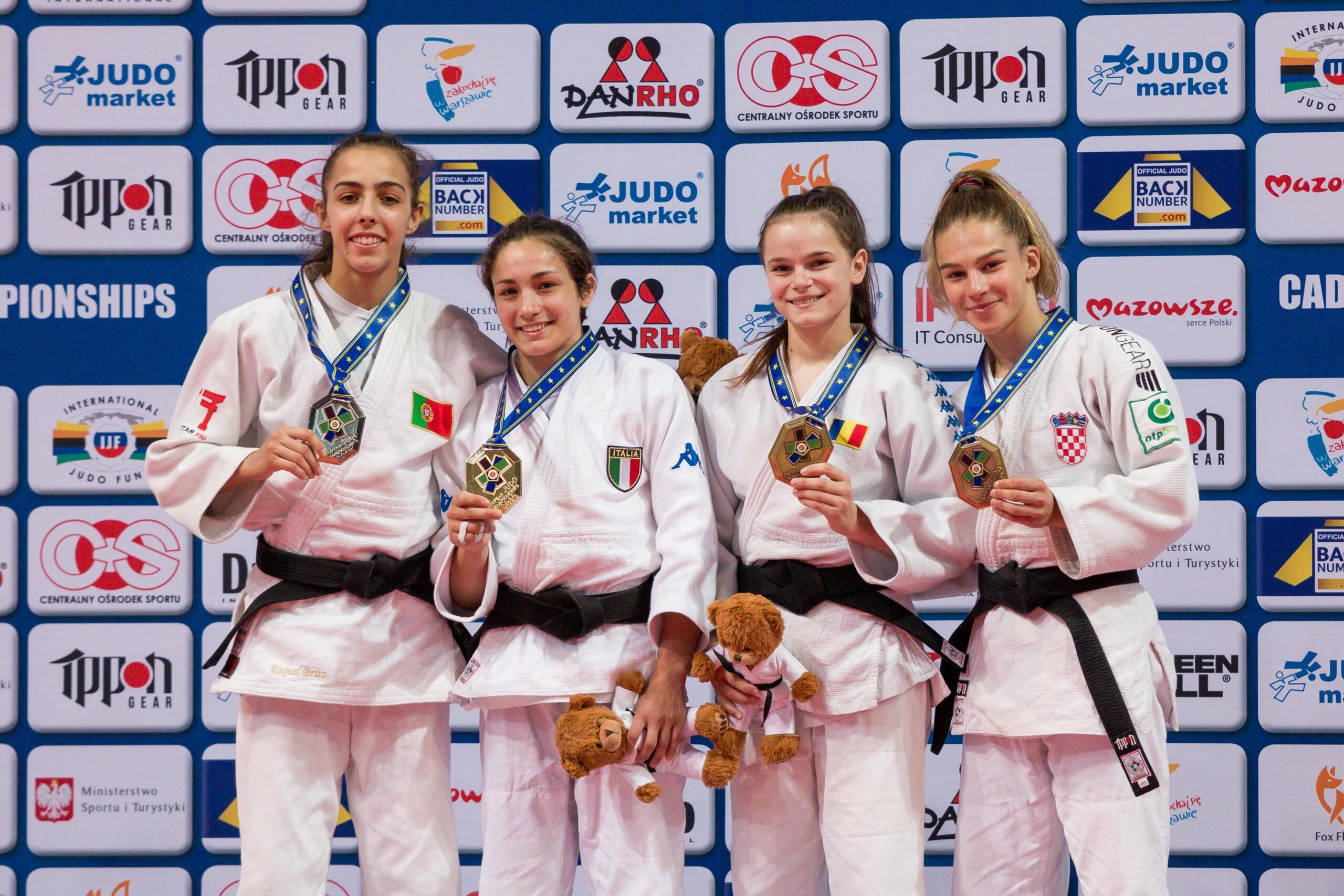 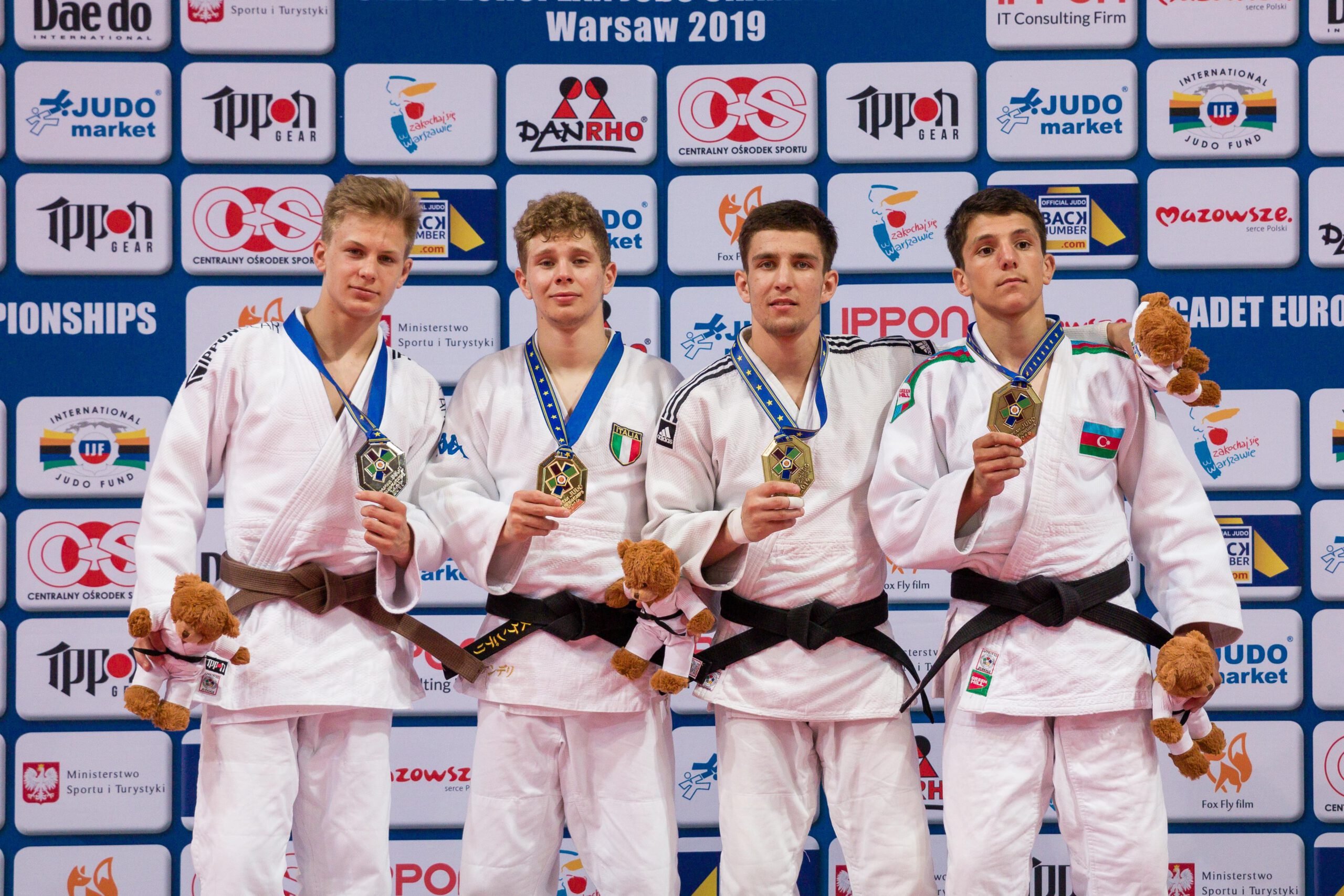 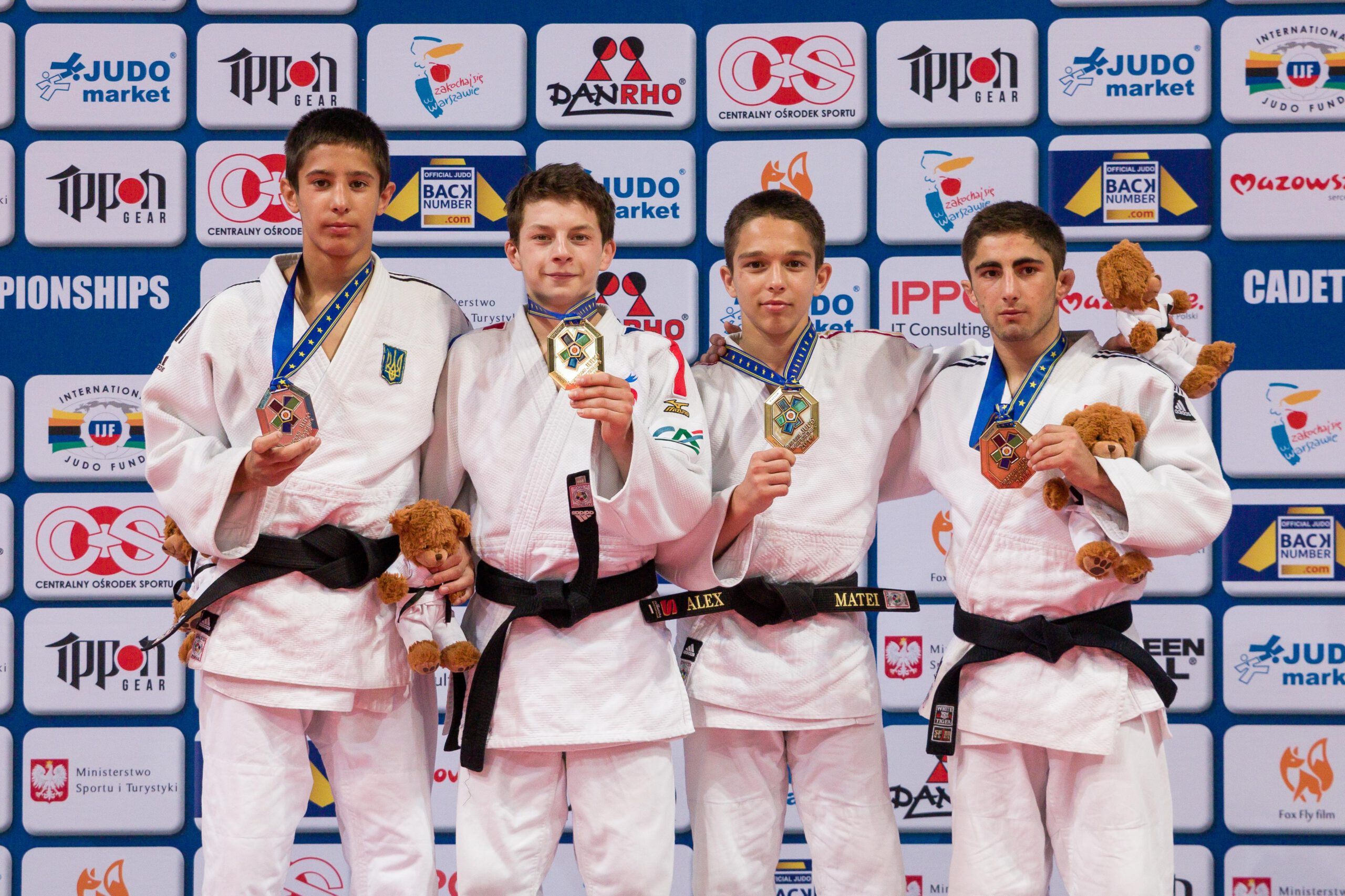 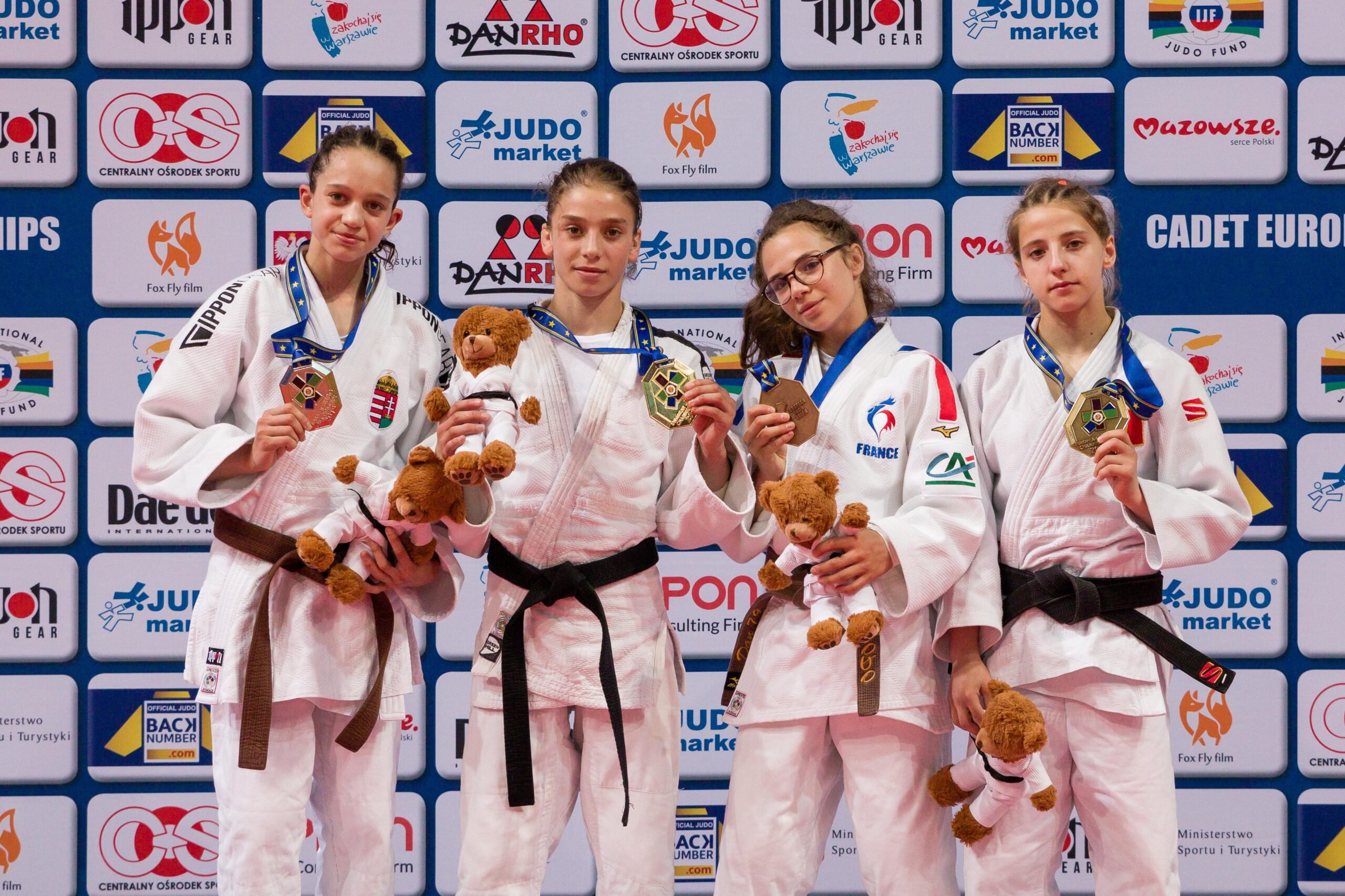