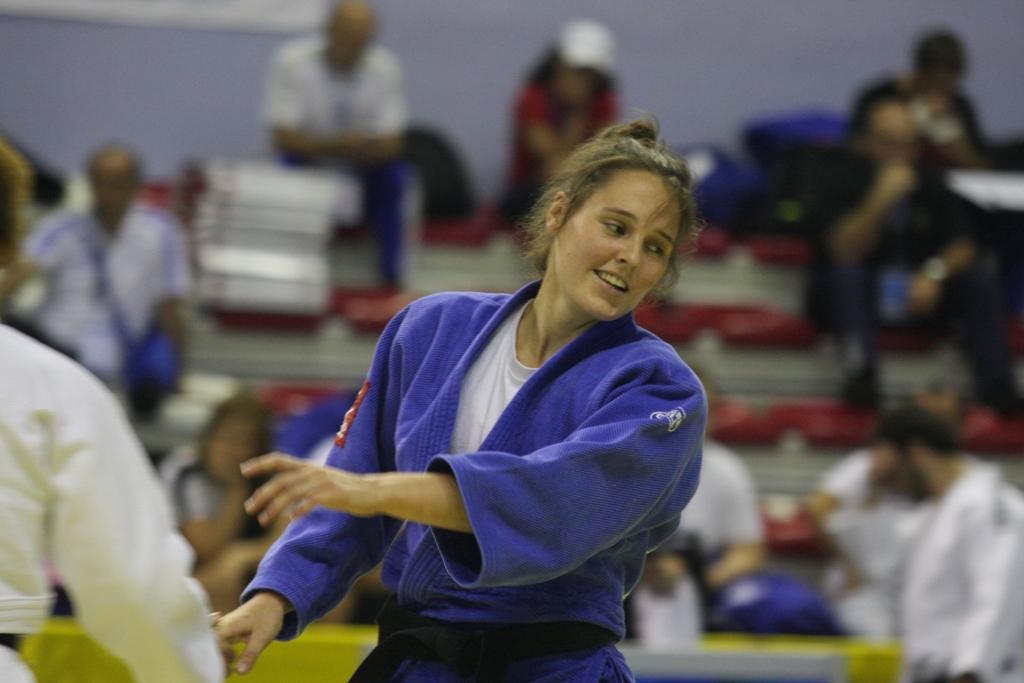 After the second day of the European Cup in Istanbul the best nation in total is Italy with three gold medals.

The category U81kg was won by Russian Albert Kostoev who scored an ippon against Vakhtangi Sarajishvili (GEO). The bronze medal fights were won by Halil Ibrahim Ozerler (TUR) and Rustam Alimli (AZE).

The all-Belgium final in category U70kg was between Youth Olympic Champion Lola Mansour and Roxane Taeymans. After the whole fight Lola Mansour was better and forced Taeymans to three penalties, which was more than enough for a secure victory. Mansour was the youngest winner this weekend in Istanbul aged 18, shared with Dilara Lokmanhekim U48kg.
Bronze medals were claimed by Turkish team-mates Bahar Buker and Mumine Demir.

In a tough final match U90kg between Maxime Aminot of France and Walter Facente from Italy, the Italian was better after scoring an ippon after one-minute and ten seconds. Medals for the bronze were taken by Pridoni Zurabiani (GEO) and Sahin Tursak (TUR).

The category U100kg was won by Daniel Dichev from Bulgaria, who was better than Polish judoka Tomasz Domanski. Third places were won by Luca Ardizio (ITA) and Irakli Koblianidze (GEO).

Poland added another gold medal, in this case in the plus category where Joanna Jaworska won the final against Irine Leonidze, the experienced female Georgian fighter. Bronze medals in the plus category are for Gozde Temel (TUR) and Kubra Kara (TUR), the youngest of all medallists this weekend.

Men’s plus 100kg category was won by Alessio Mascetti from Italy who scored two wazari against Martin Marinkov (BUL).
Bronze medals was taken by Belgian Benjamin Harmegnies and Romen Bobikov from Russia.

Find the full results in our results section:
https://www.eju.net/results/?mode=showResult&id=1187

Check out the pictures from the Istanbul European Cup: