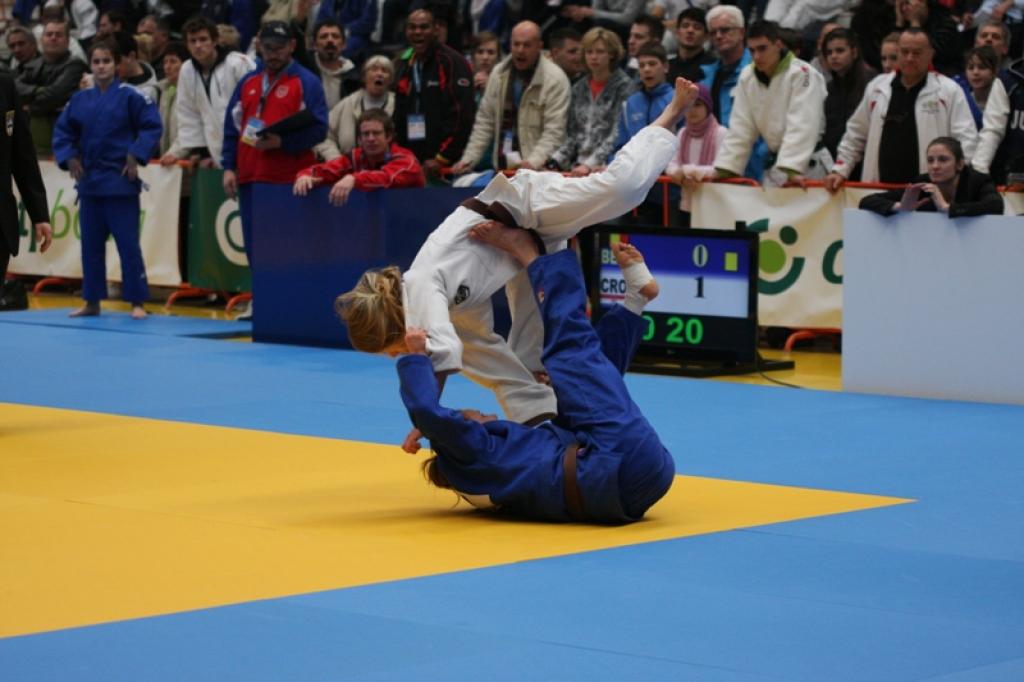 At the European Cup for Cadets in Zagreb Italy proved to maintain the most talented country over the 24 participating countries. With four gold medals (3 in the women’s division) Italy tops the medal tally. Due to the fact that Italy was represented in eight finals they lead for Ukraine who had as well as successful group of U17 judoka in Zagreb.

In total 468 competitors, more than 100 judoka more than last year, were fighting for the medals in Croatia. The host country took one gold medal by middleweight Barbara Matic. She was the number three of the World last year in Budapest, so this medal was calculated, although she had a good competition from Miriam Butkereit, Germany’s U17 champion.
Matic was the only judoka to successfully defend her title.
Russia took three titles in the men’s category.

Over the next few months EJU U17 Cadet events will also be held in Tver (RUS), Teplice (CZE), Berlin (GER) and Szczyrk (POL).

You can download the full results of this weekend below. Photos are published in our media gallery.