Italy wins gold by Quintavalle and Moretti, success for Kelmendi and Miskovic 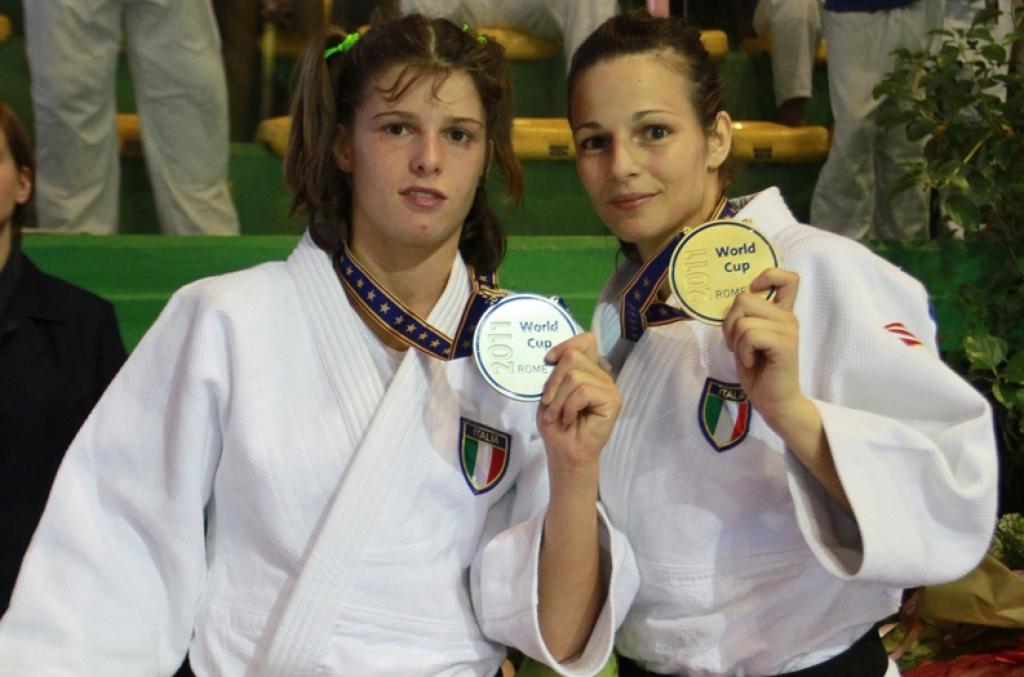 Two gold medals, one silver and one bronze, the Italian women performed well at the first day of the world Cup in Rome. Only 26 seconds were enough for Giulia Quintavalle to defeat the Spanish Isabel Fernandez (ippon in osoto gari) and take gold at home, her second gold in 2011 for her after Lisbon in June.

Elena Moretti on the other hand, collected gold U48 kg and this is a special first place, because it is the first time two Italians reached a final in a World Cup. Silver in this case, went to Valentina Moscatt, while Rosalba Forciniti reached the third place on the podium in U52kg. The Italian women’s team that won European gold in teams in 2010, is now at the first place of the medal ranking before Albania and Croatia.
One of the top fighter was Majlinda Kelmendi representing Albania who won the final against Marta Kuban (POL). in the category U63kg Marijana Miskovic of Croatia was outstanding today and in her final versus Hilde Drexler (AUT). Very good fights by Ana Hormigo (POR) and Birgit Ente (NED), third in 48 kg, Lucile Duport (FRA) third in 52 at the end of an exciting final with Marie Muller (LUX).
Yahaira Aguirre (ESP) and Esther Stam (NED) won bronze U63kg.

Elena Moretti booked five good victories and books progress in the Olympic Qualification? Moretti: “Very important, I am approaching the qualification field at the world ranking list and for now this is the only important thing. I do not want to look too much further.”

Majlinda Kelmendi (ALB) won her third medal this year in the World Cup tour. Kelmendi added: “Yes, I’m really happy, gold is just gold and in this Olympic run the 100 points I collected today are really precious, I thank everybody for this wonderful day.”

Giulia Quintavalle had a great day, a sign of your good form. “Yes, I’m working a lot and today you have seen the real Giulia. I feel really good and I hope this form will last until the London Olympics. I want to thank the public which has been really supporting, it has been a great event at home.”

Marijana Miskovic (CRO) won gold today U63kg. “I dedicate this gold medal to my son, my husband and to my family. I also dedicate it to my trainer and to everybody who works with me.

Watch all and photos results here: