IT’S NOT OVER UNTIL OKRUASHVILI SINGS 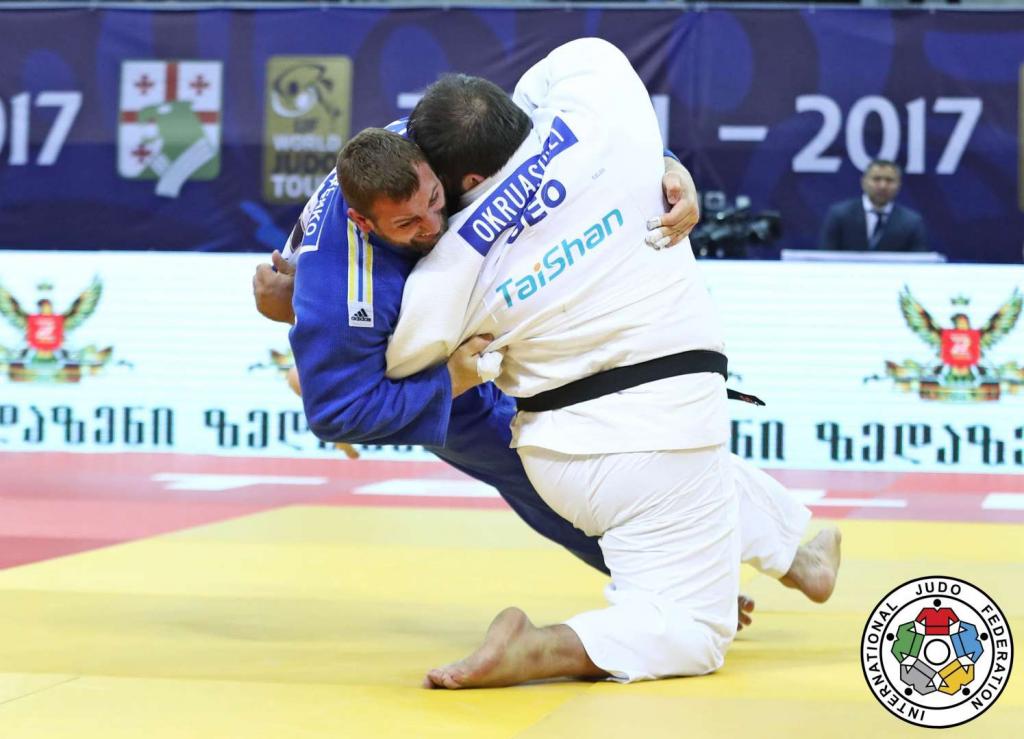 The third and final day of competition at the Tbilisi Grand Prix saw Adam OKRUASHVILI (GEO) take gold in the +100kg category to close the tournament on a high-note for the Georgian team who finished with three gold medals. At 28-years old Okruashvili, despite rumors to the contrary, remains an active threat in the heavyweight division and so it proved today as he defeated both young and old.

Okruashvili’s opening contest saw him face 37-year old Alexander MIKHAYLIN (RUS) with whom the Georgian has a rivalry dating back to 2006, and a 3-4 head-to-head record. But the contest turned out to be an unfortunate disappointment, the once awesome Mikhaylin appearing now as a mere shadow of his former self. The contest ended with Mikhaylin collecting a third shido (hansokumake) with even the Georgian crowd left wondering about the nature of Mikhaylin’s continued presence on the international circuit.

Okruashvili’s quarter final opponent was 22-year old Yelaman YERGALIYEV (KAZ). With a little less than half the contest remaining, the Kazakh athlete launched a low left sided ippon seoi nage that failed. Yergaliyev’s poor defence allowed him to be turned over by Okruashvili who proceeded to apply mune gatame for ippon.

In the semi final Okruashvili faced number one seed David MOURA (BRA). The Georgian led the series between them by 3-1. At the halfway point Moura attacked with a low ippon seoi nage that was awarded with waza ari and Moura settled into the lead. And so it stayed, Okruashvili trailing, the Georgian crowd cheering their man on, the clock ticking away. Until, with 22 seconds remaining Okruashvili attempted a koshi guruma that failed, the pair went to the ground where Moura sought to eat up the remaining seconds. But with only two seconds left, Okruashvili was able to pass Moura’s outstretched legs and secure kuzure yoko shio gatame for ippon and on balance a somewhat fortunate win.

In the final Stanislav BONDARENKO (UKR) was caught on the two-minute mark with o uchi gari for waza ari that Okruashvili followed up with kami shio gatame for ippon and the gold medal. The Georgian coaching staff may feel that their search for a super heavyweight is still on. But Okruashvili has given a strong signal that as far as he is concerned his quest for further honors in the division is far from over.