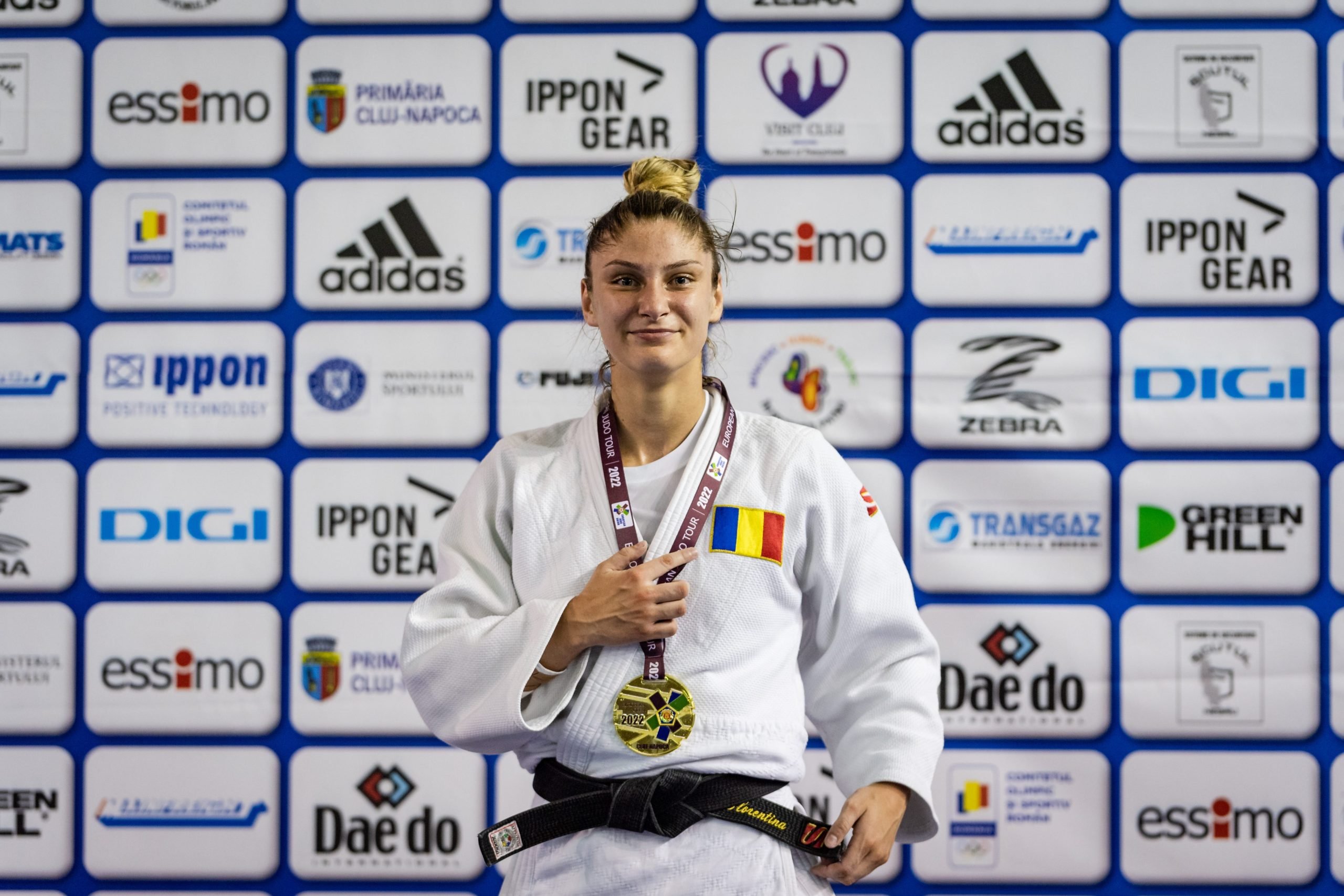 Day one of the European Open in Cluj-Napoca, Romania, the home nation were holding out for their national anthem. Finally in the -63kg, their wish was granted by the hands of Florentina IVANESCU.

Ivanescu was the number one seed coming in to the event but had strong competition from the senior world bronze medallist Anja OBRADOVIC (SRB) at the final hurdle to the gold medal. The Romanian representative has been collecting results this year, European Open medals as well as a bronze in the Portuguese Grand Slam.

It is an amazing day, my wish was to take gold since the beginning of this year so my dream is here with me, at home in my country. For me to take gold here was great, in front of my friends, team mates and all of the coaches, was such a good feeling and they gave me the energy for it.

Energy is certainly what she needed in her final as she went in to golden score, though she seemed ahead of Obradovic on attacks and the sheer determination gave her an edge, despite the fact she was unable to find a way to score. Ivanescu was clearly the more positive of the two and constantly looked to throw her opponent.

I was number one on the list is I hoped to impress my country and make them happy. I am not done yet though, I still have a lot coming up. I am still a junior so have the European and world championships to go and win!

Her results in 2022 are a testament to the individual as she took silver in the cadet European championships in 2019 and then was robbed of time during the pandemic when she should have continued in her transition, however it seems to have given her the extra drive and put her on top regardless.

Only Azerbaijan were able to double up on the gold medals today while the rest were equally shared, going to Romania, Turkey, Israel, Poland and Australia.

Tomorrows elimination rounds will recommence at 09:00 local time and can be watched live at www.eju.net.