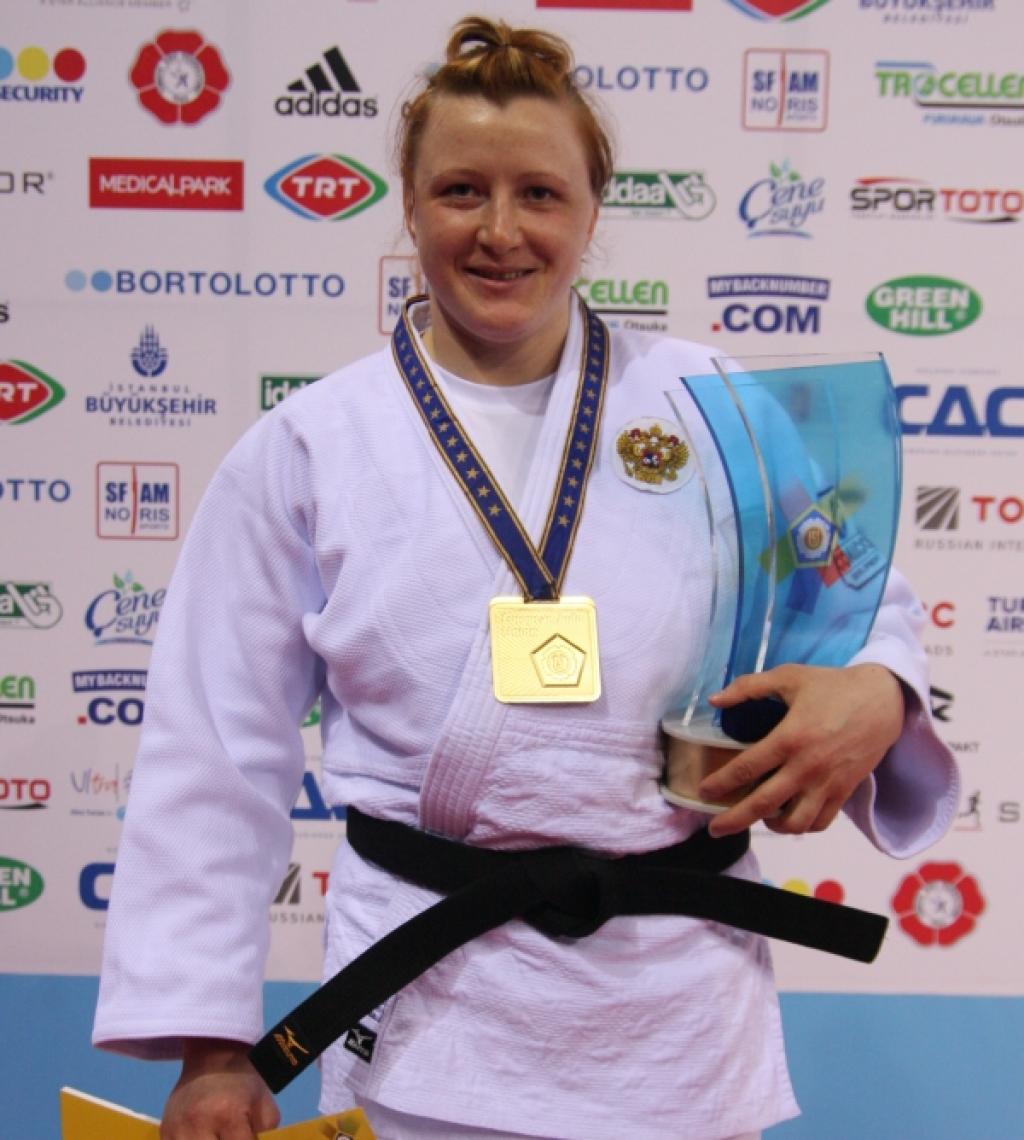 The Russian heavyweight defeated Belkis Zehra Kaya from Turkey in the first round and beat Franciska Konitz from Germany. In a small field of 14 participants, Ivaschenka was able to overcome the reigning European Champion Lucija Polavder from Slovenia. Last year she took the gold medal against Tea Donguzashvili who completed the Russian success with bronze today.

Mondiere won her eighth European medal but wanted win a sixth golden medal. The French won the European title between 2004 and 2008 five times in a row and was the second oldest in the field today behind Tea Donguzashvili who ranked in the top five of oldest ever female medallists.