International Judo Tournament for Army, Police and other Forces 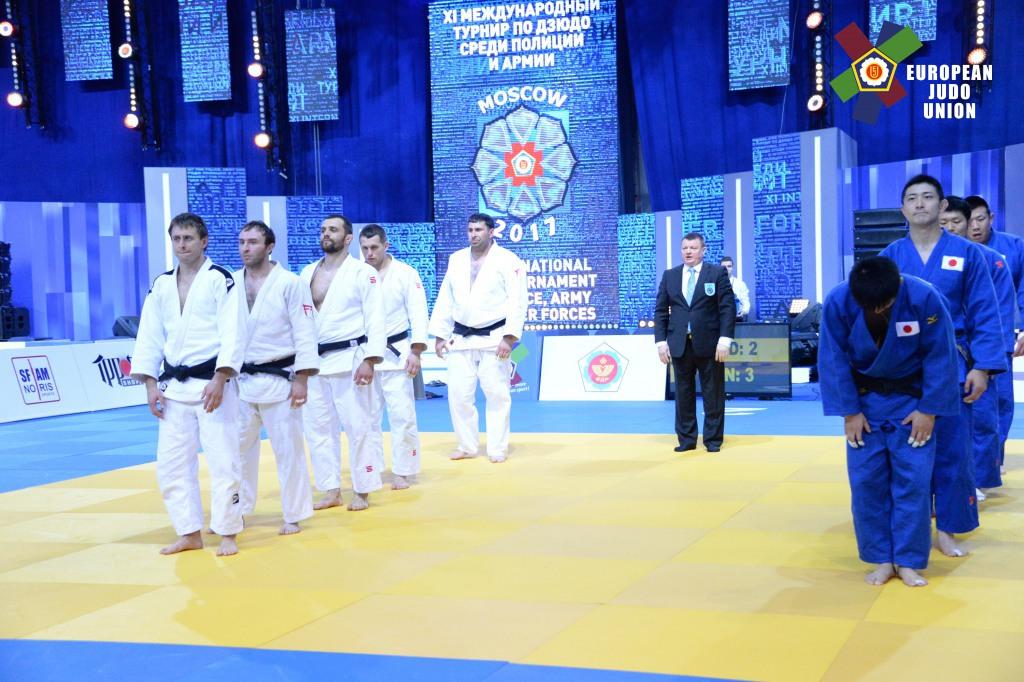 The XI. International Judo Tournament for Army, Police and other forces took place over the weekend in the VTB Ice Palace Moscow, Russia. This is a team event dedicated to those officers who lost their lives in line of duty. 14 teams (7 Russian and 7 Foreigner) from 8 different countries were competing to pay tribute to their fellow officers.

Organisers of the Tournament were the European Judo Union, the International Judo Fund, the National Veteran Judo Union, the Russian Judo Federation, the All-Russian Sports Society “Dynamo” and the “Voluntary Society of Assistance to Army, Air Force and Navy of Russia”. The competition was held with support of the Department for sport and tourism of Moscow city. By decision of the Organising Committee, the day started with a flower-laying ceremony at the monument “Grateful Russia – to law enforcement officers killed in line of duty” in Trubnaya square. The President of the European Judo Union, Sergey Soloveychikn also attended at the ceremony alongside members of the EJU Commission for Judo development in police, army and other forces and Team officials of International Participating Teams. Russian Organisers were represented by the State Secretary, Deputy Minister of Internal Affairs of the Russian Federation, Igor Zubov, the Vice Chairman of the All-Russian Sports Society “Dynamo”, Major General of the Internal Service, Vladimir Gazizov and the Head of the Office of the State Duma Committee on Physical culture, Sports and Youth Affairs, Alexander Nikitin.

According to tradition, the top half of the draw was occupied by difference Russian forces whilst the lower half was booked up for all foreigner forces. Top seeded, nine times winner in a row, Team of Ministry of Interior of Russian Federation (MVD) stood up to expectations. The team started off with a clean sweep against Team of Tax Service of Russian Federation (FNS). The first struggle for Team MVD happened to be during the quarter final, where they met Team of Federal National Guard Troops Service of Russian Federation (RGV). This match up went head to head all the way to the final contest between Ruslan DZHARIM (MVD) and Aleksey GLADKOV (RGV). The pressure was on both and the clear contest time ended with no score, which led the pair of them continue into golden score. Not until up to the third minutes when Gladkov was penalised. MVD fast bounced back into shape for the semi-finals where the team defeated Team of Federal Penitentiary Service of Russian Federation (FSN) with a 5-0 win.

Meanwhile, the Japanese Police Judo Team had a similar run up on the lower half of the draw. The team started off with 5-0 win against the Austrian Police Team. During the quarter final, Team Dynamo Belarusian suffered an immediate 3-0 start against the Japanese Team. At last, both, Aliaksei STEPANKOU and Yuri RYBAK won their contests to make it a 3-2 end, yet it was still in favour of Japan. The semi-final saw Czech Republic coming through with two wins in their pocket. Japan, however, overpowered the Czech Team and with another 5-0 win, booked their spot into the final.

Rematch of the past five years’ finals saw once again MVD vs Japan Police Judo Team. The final match up displayed very tight contests between every single opponent. First up was Maksim KUZNETSOV (MVD) against SUGINO Toma (JPN). The contest gone all the way into the third minute of golden score when Kuznetsov excelled with his right sided uchi mata attempt to take the lead for the team. FUJIMOTO Masahiro made a fast come back for the Japanese team when defeating Artur KHAKHUK by a left side uchi mata. A breath-taking ashi waza throw by Maksim BUGA against KATABE Yasuhiko put the Japanese Police force under pressure and the next, fourth contest, became critical. Both, Vladislav FILIN and NAKANISHI Tsutomu performed equally during the normal contest time of four minutes. Not until the second minutes of golden score when Nakanishi surpassed by an osoto gari attempt. So, there it was, the moment of truth. Ruslan DZHARIM and ARAI Shingo were facing each other with one goal in mind, to win. The steak was high and pressure was on both sides. No score, neither any penalties were on display when the gong went off. It was time to continue the contest into golden score, where Arai switched his game plan to a next level. At 3:16 the referee came to a conclusion to penalise Dzharim for inactivity. A single penalty broke history in the VTB Ice Palace. Nine times winners, MVD had to settle for the second place, whilst five times silver medallist, Japan Police Judo Team was able to gain gold for the first time. 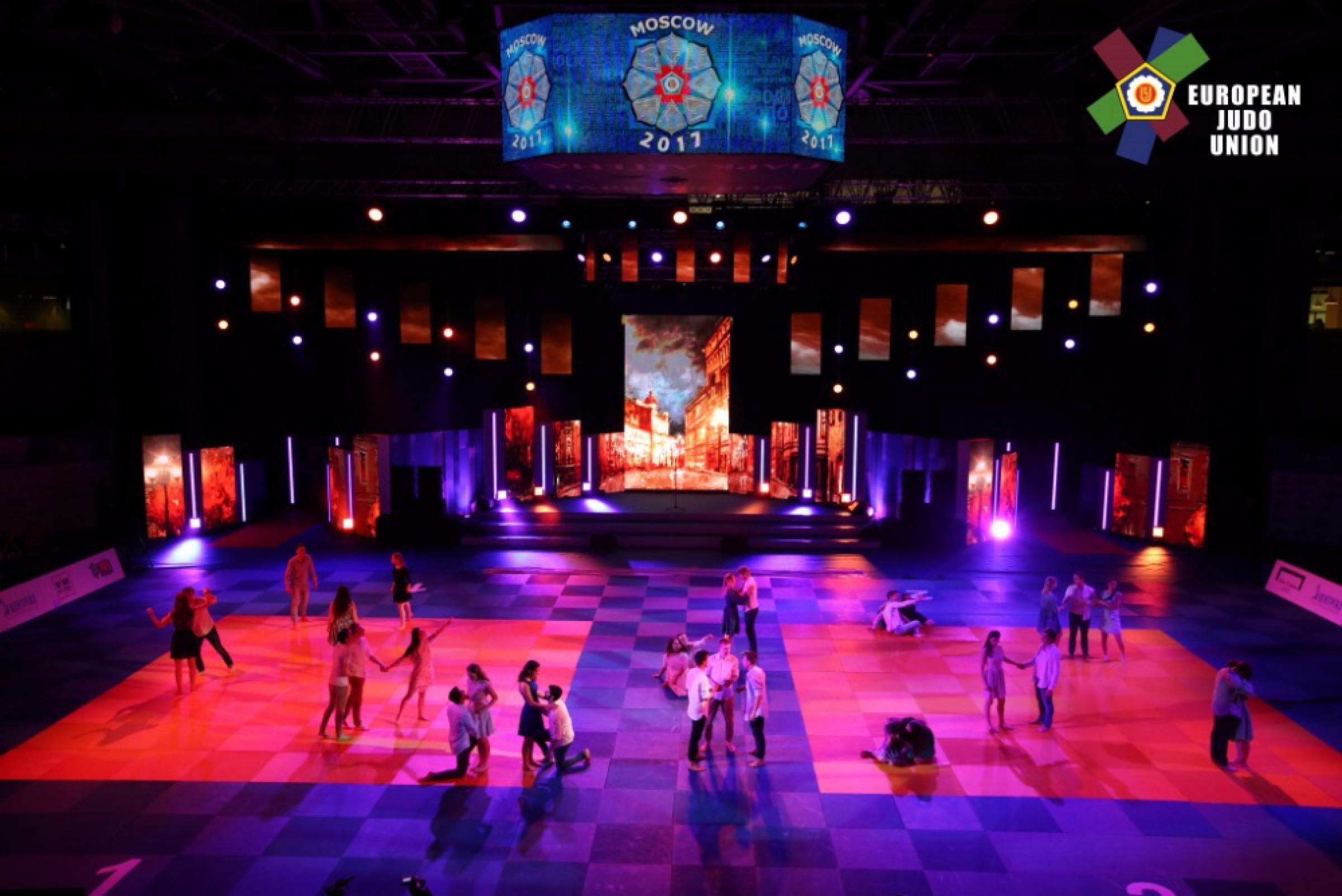 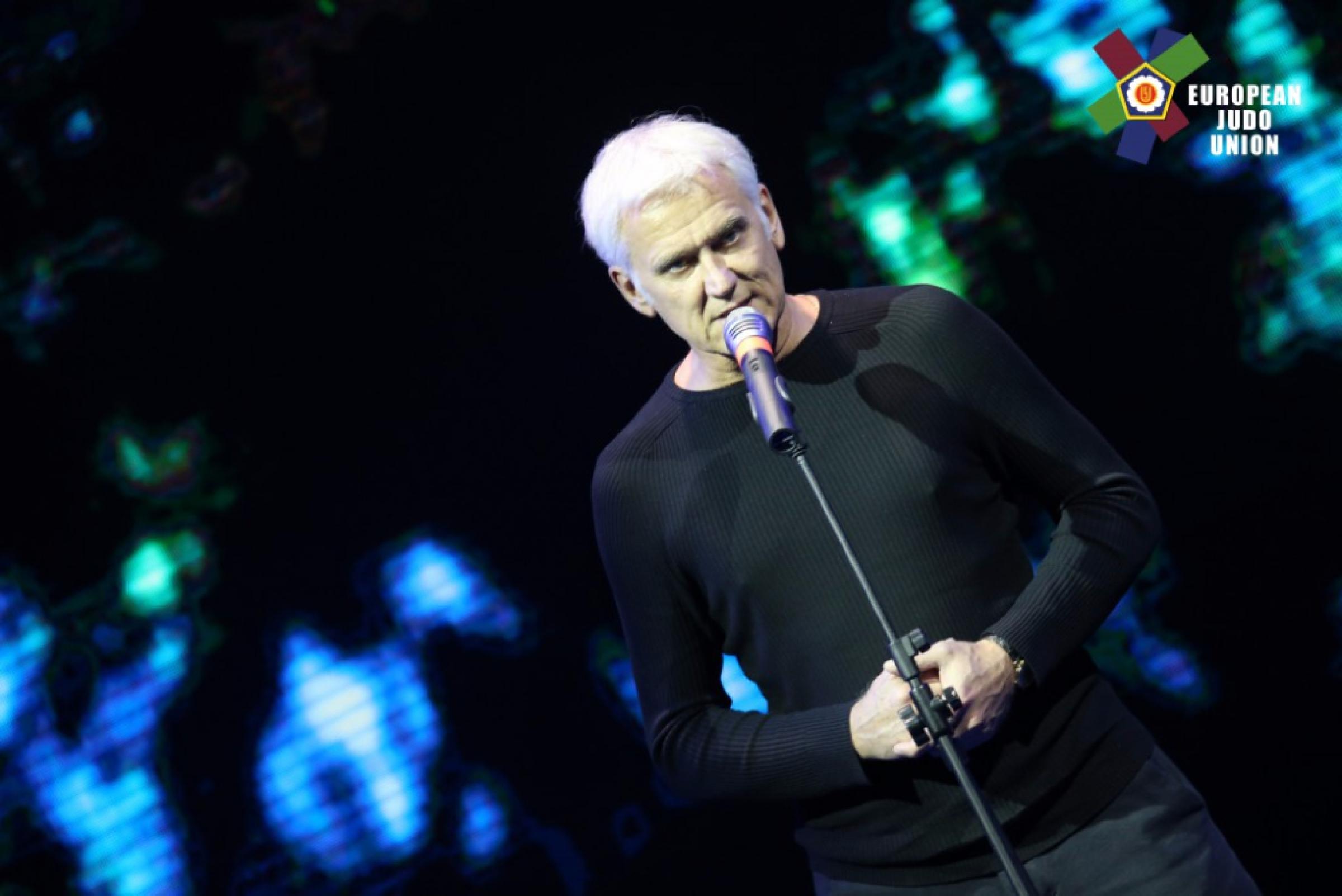 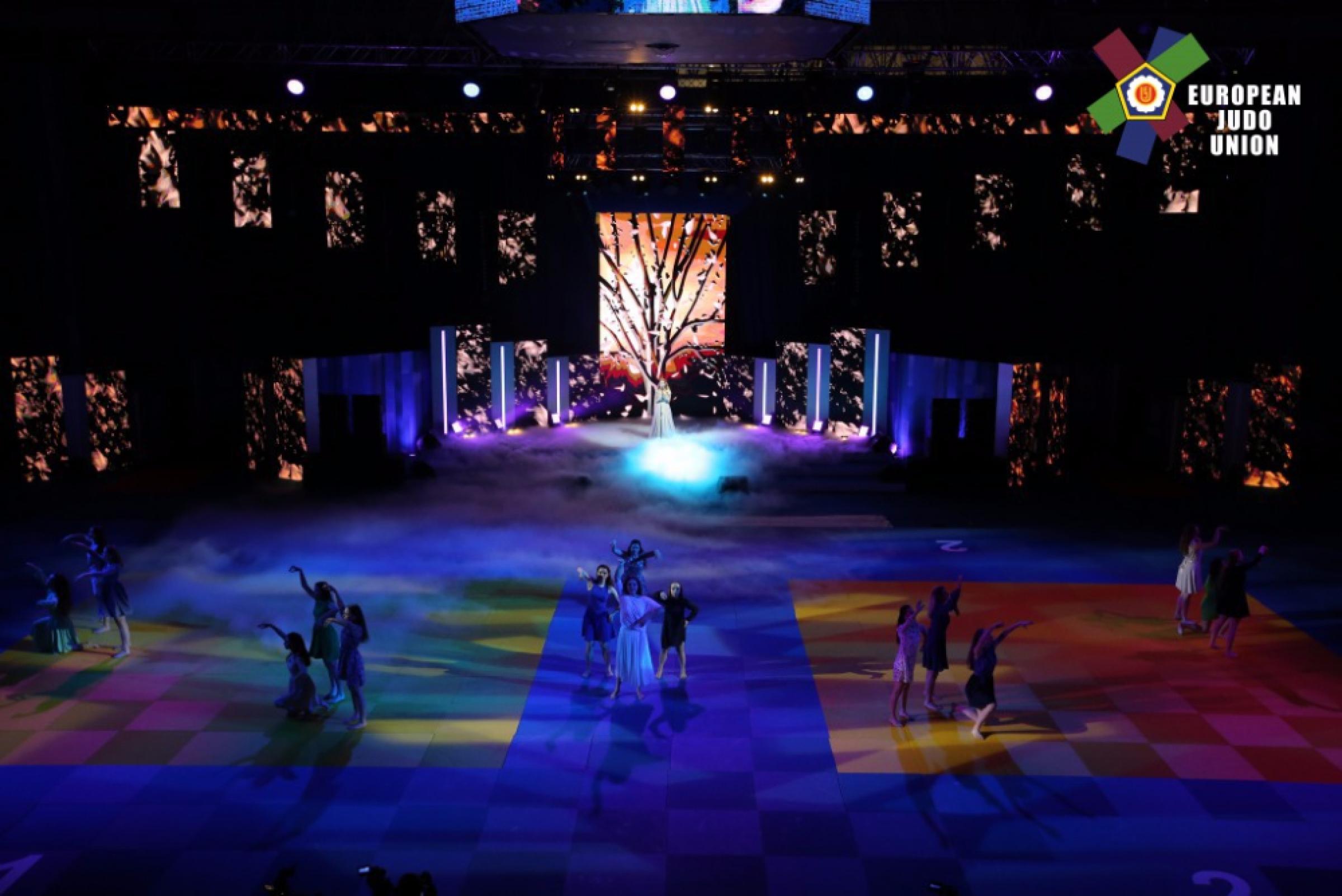 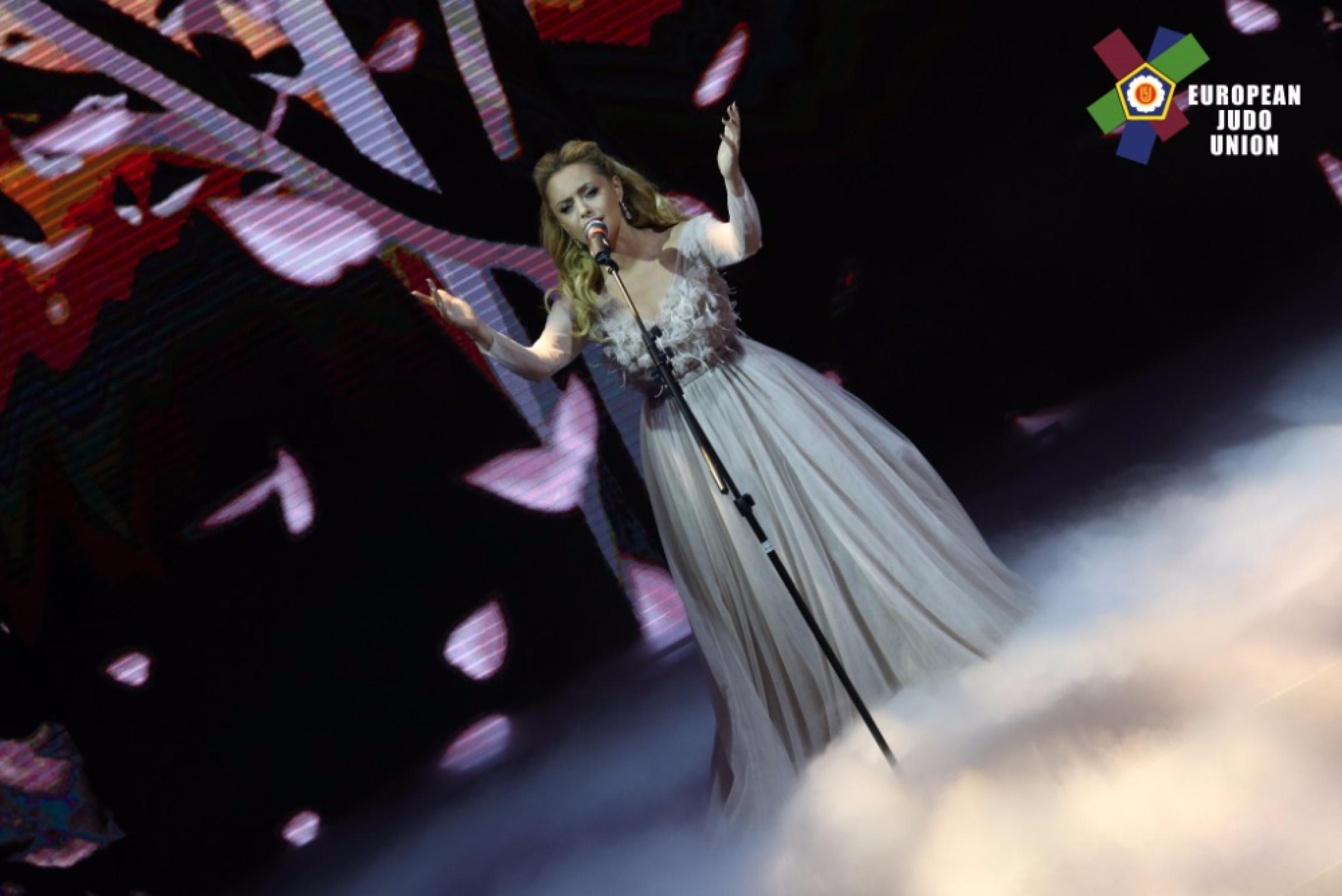 This event is no ordinary judo event. Many of the competitors here have gone beyond the normal human limits in serving their country in different various situations and capacities. What was on display in the VBT Ice Palace was pure courage, professionalism, selflessness and extraordinary dedication

Coach of the Japanese Police Judo Team, Mr. SHINICHIRO Sonoda expressed his thoughts after the medal ceremony; “We are overwhelmed by today’s results and we are very proud to be able to win today. We felt the pressure during the final, it was a very close match but the athletes stayed strong and managed to win at the end. We would like to dedicate this gold medal performance to the Japanese Police Force.”

“It feels great to finally win the gold after having to collect silver for five years in a row. I would like to express my special thankfulness to the President of the European Judo Union, Mr. Sergey Soloveychik for inviting us here as well as for the outstanding organisation of this tournament.”

The President of the European Judo Union Sergey Soloveychik said;

«For eleven years in a row we have been dedicating the competitions to the memory of officers who died in line of duty. To our deepest regret, year by year the problems of terrorism and violence are becoming more pressing. And every year heroes die, people who protect the civilians die. We bow our heads before these heroes and their courage. On behalf of the European Judo Union I would like to thank the National Veteran Judo Union of Russia, all the Organisers and Partners for their compassion and brilliant holding of the Tournament” 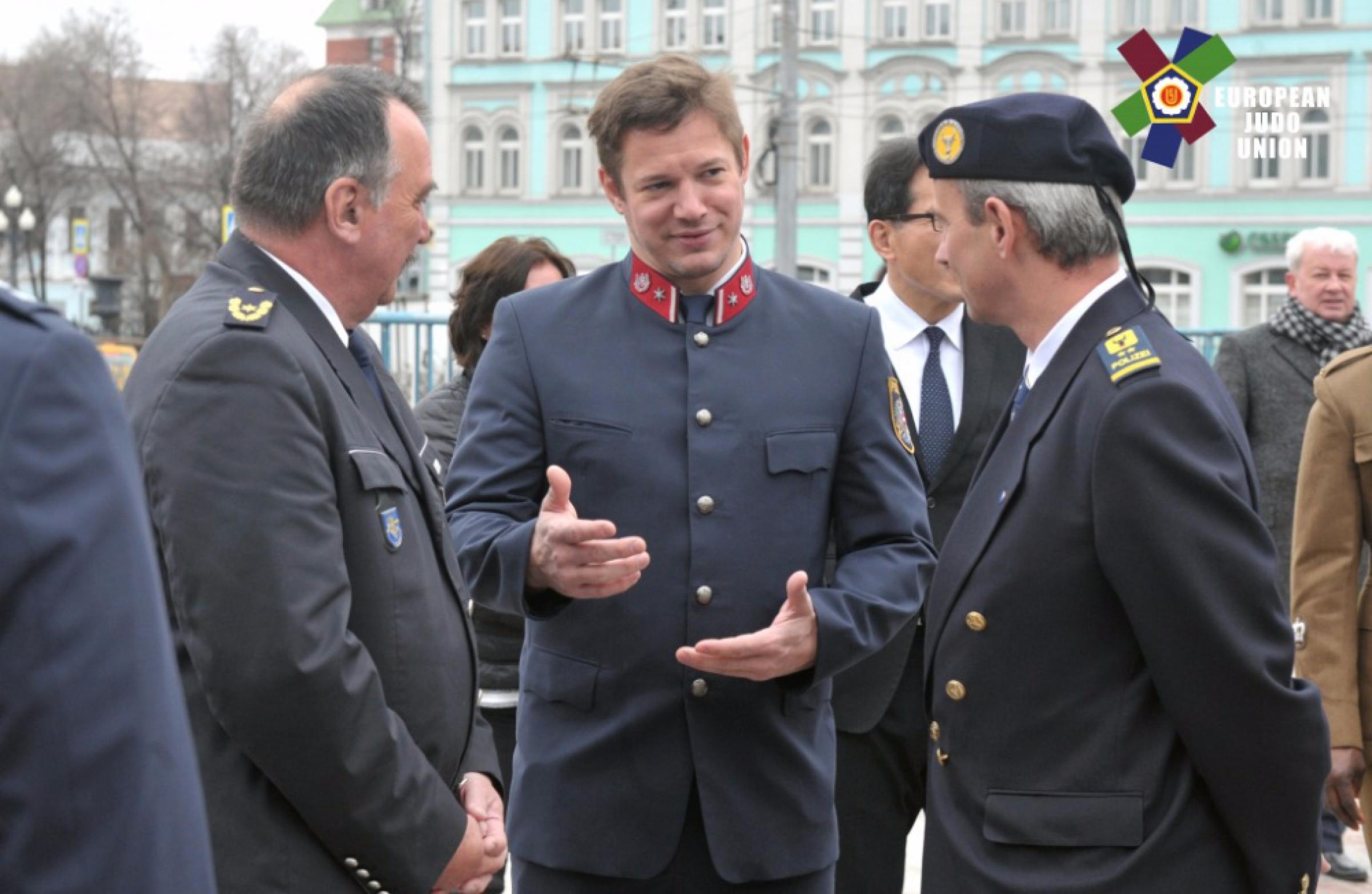 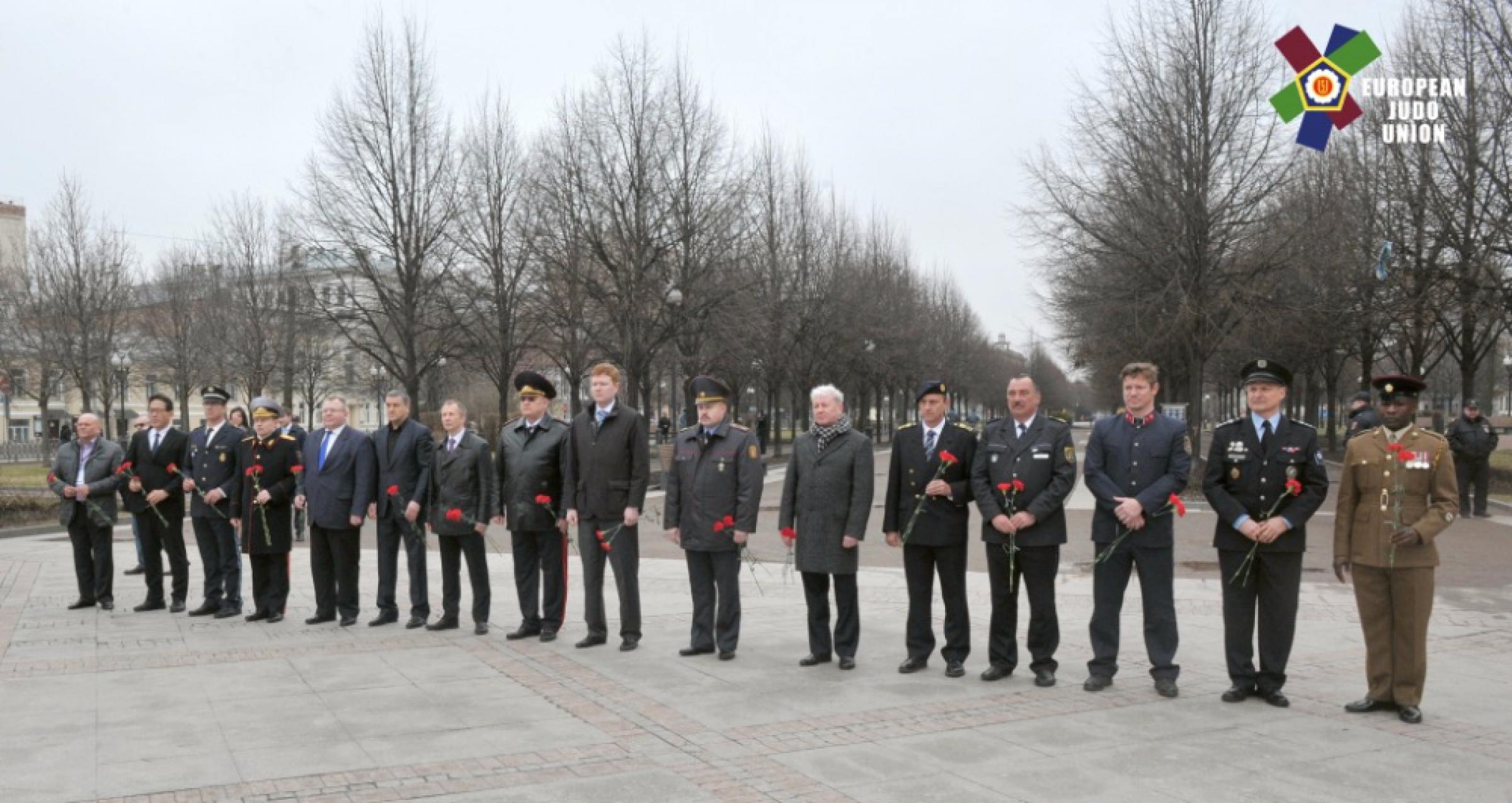 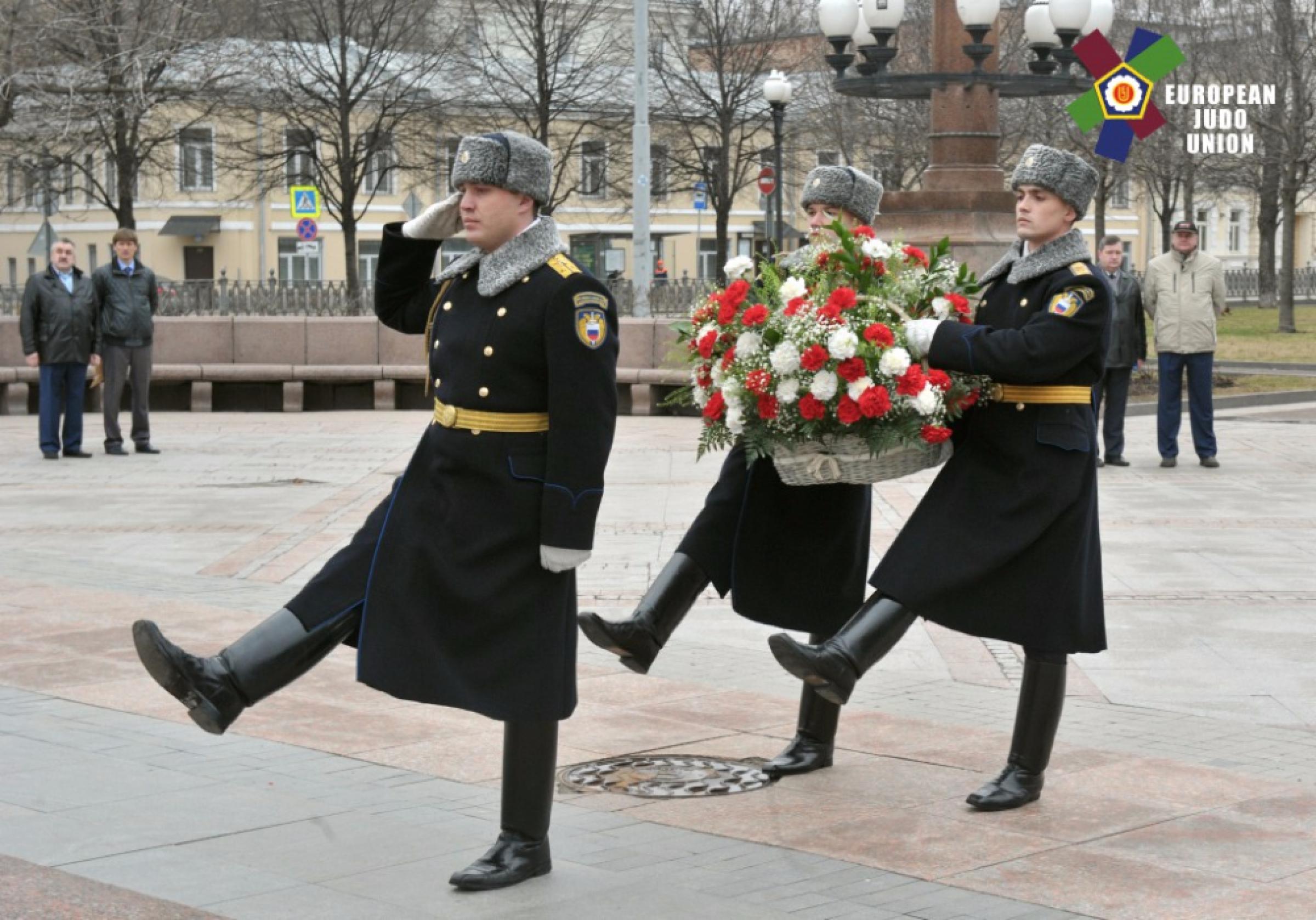 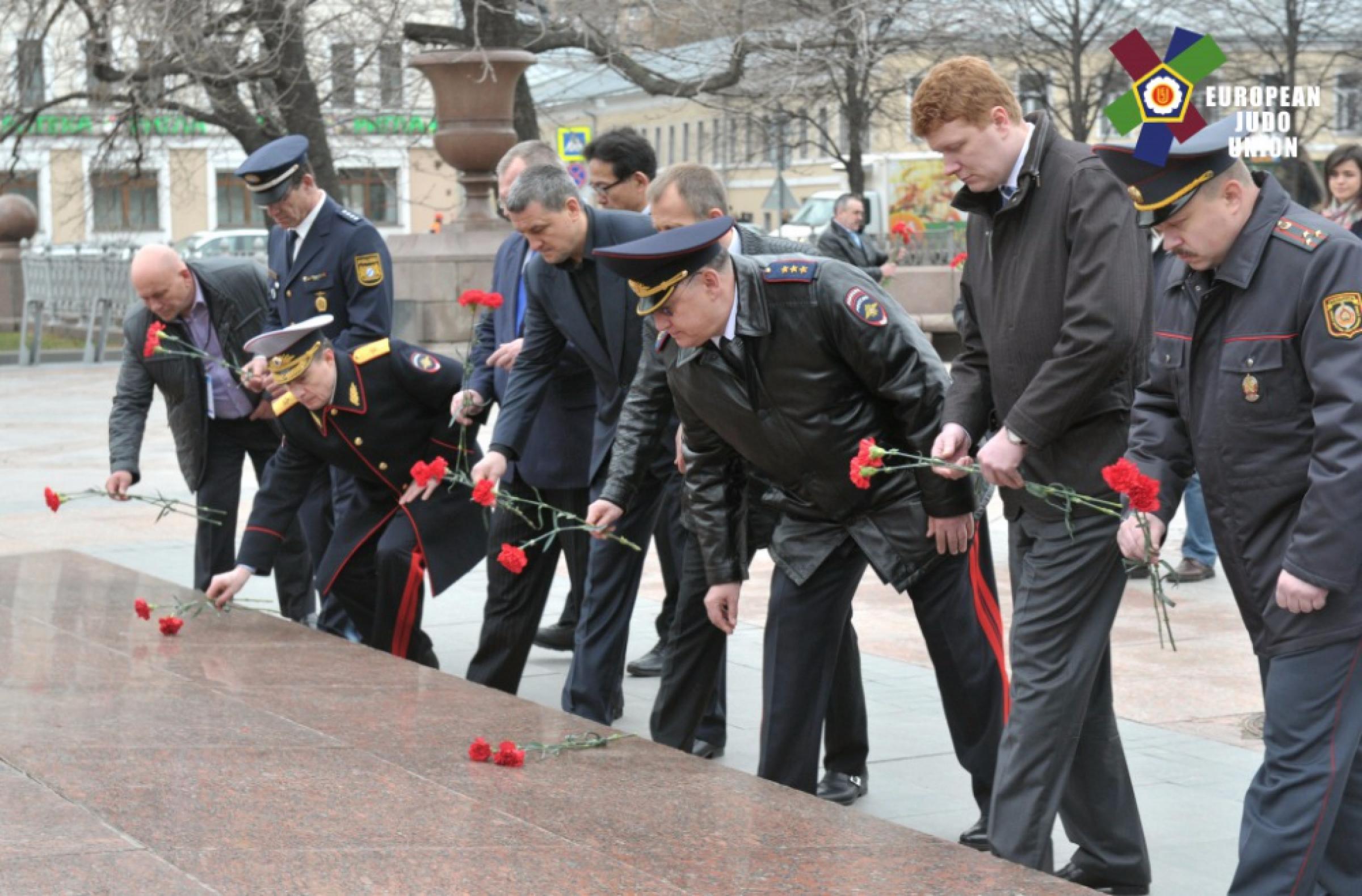 Within the charity programme, called ‘We remember’, the tradition of supporting families of those officers who lost their lives in line of duty continued. By the decision of the President of the Tournament Organising Committee and First Vice-President of the Russian Judo Federation, Arkady Rotenberg; and with the support of partners of the competitions, keys to the ten new KIA RIO cars were awarded to family members or relatives of heroes. Each family received a commemorative certificate and a ‘We Remember’ sculpture composition. Spectators and participants held a minute of silence in memory of the heroes who sacrificed their lives for the sake of peace and mercy.

2. Internal Affairs of the Russian Federation

4. “Dynamo” of the Republic of Belarus