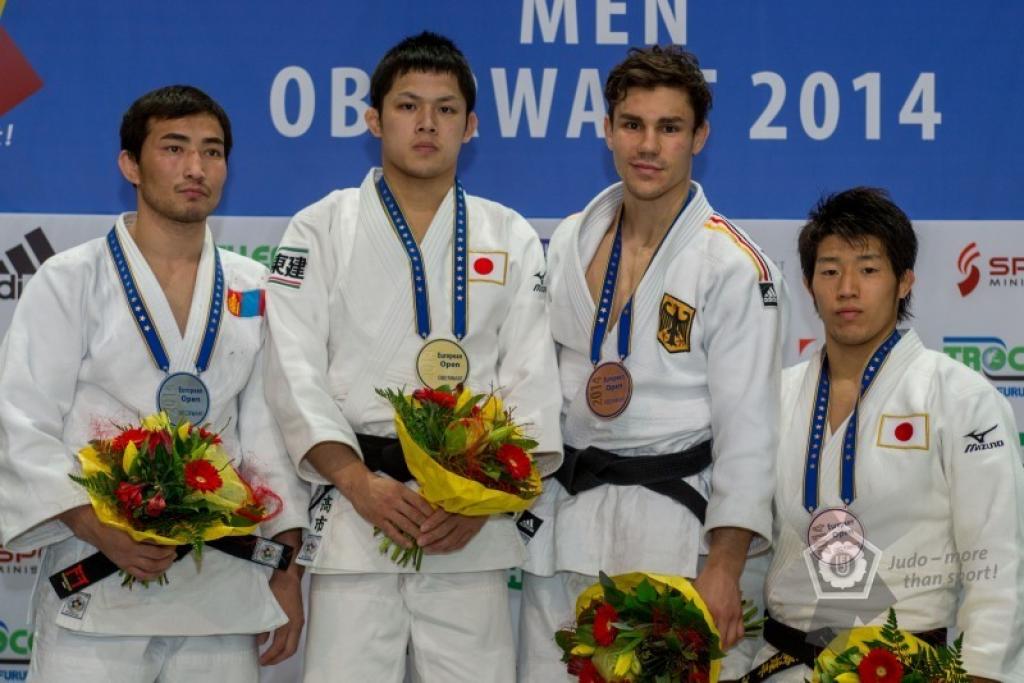 Japan has dominated the first day of the European Open for men in Oberwart. The Japanese talents took all three gold medals.

The highlight for Europe were the bronze medal for Rene Schneider U66kg and the bronze for Zelimkhan Ozdoev of Russia. The finals were all meetings between Asia, or Asia with Pan America. The first final U60kg was between Ryo Kawabata of Japan and Felipe Kitadai. The 24-year old Japanese champion was able to defeat Olympic bronze medallist Kitadai of Brazil. The podium was full of Pan Americans in general as Juan Postigos of Peru won a surprising bronze medal and Diego Santos of Brazil won the second bronze, both against European opponents. In a field of 48 athletes Germany’s Rene Schneider won four of his five matches. The last matches against Elio Verde was won, so bronze for Schneider who lost the semi final against Kengo Takaichi, the later winner. Takaichi defeated Batsuuri Adiya of Mongolia in the final U66kg. Yuhei Rokugo, who won the Grand Prix of Jeju, now won bronze. Rokugo overcame Kherlen Ganbold who picked up his second fifth place in 8 days. Even 50 participants U73kg and Takenori Nakamura was the winner of the gold. Odbayar Ganbaatar was his opponent in the final, but the way to the final was even tougher defeating five opponents among them a few judo talents and Alex Pombo of Brazi in the semi. Zelimkhan Odzoev won four of the five fights, he lost to Pombo but defeated Chouchi(BEL) and Mendonca (BRA) for bronze via the repechage. Tomorrow more action from Oberwart. Watch all the photos in our gallery.