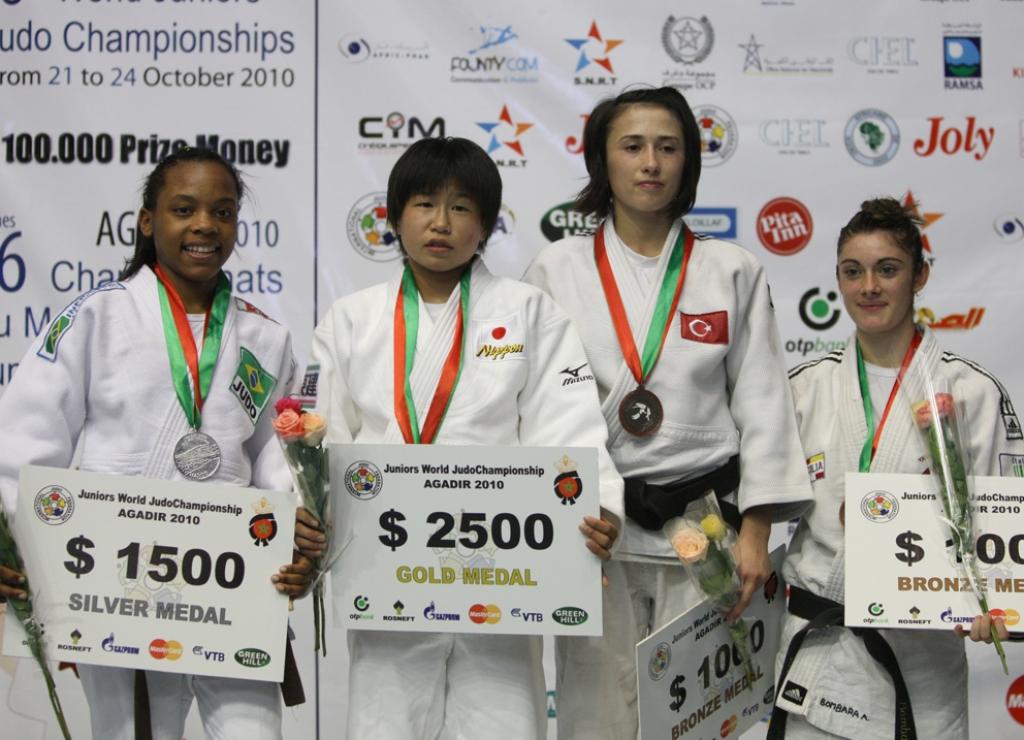 Japan have won three gold medals at the first day of the Junior World Championships in Agadir, Morocco. With two participants in each category the Japanese have an amazingly strong team. Japan is ambitious to improve the record of 8 gold medals of last year of the 16 available.
Kazachstan won the left gold medal U55kg where Yeldos Smetov defeated Seiken Fujisawa of Japan in the final. Smetov is the first ever junior world champion for Kazachstan. Aset Tusupov was the only one to reach a final, in 2002 U60kg, but he lost.
In the U60kg division it was the other way around when Toru Shishime (JPN) defeated Ilyas Izmagilov (KAZ) in the final. He takes over the world title of Hirfumi Yamamoto in this category. Last year Japan also won three gold medals at the first day.

Italia also performed well with two bronze medals at the first day. Bronze for Fabio Basile U55kg, who is only 15 years, and for Angelina Bombara U44kg who is the second youngest winner of a medal today aged 16.
This category was won by Sakiho Hamada of Japan. She defeated Brazilian Agueda Silva, she won the 40th junior world medal for her country.
Sahin Ebru of Turkey prolonged last year’s bronze medal of Paris.

Japan have now 55 world champions in 184 available gold medals since 1974. It won’t take long before one of the current winners becomes World Champion. It took just a year for Junpei Morishita, last year’s World Junior Champ.