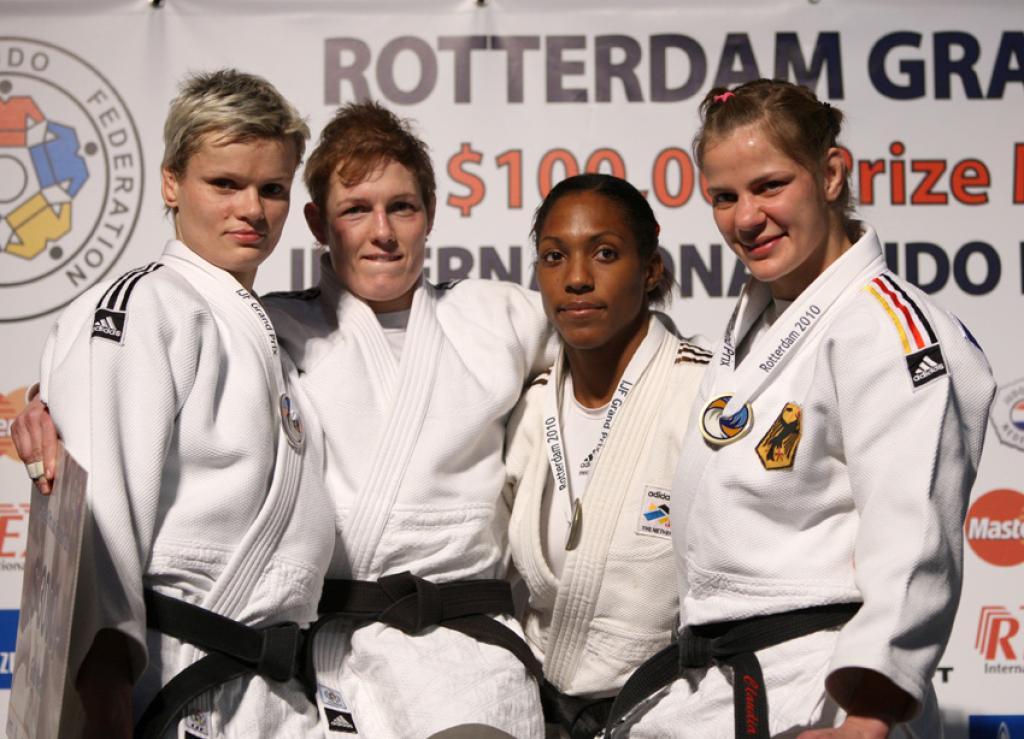 Although German Claudia Malzahn is perhaps the most consistant in this category this season, she didn’t defeat Zolnir. The Slovenian led by waza-ari in the semi final by a ura-nage, Malzahn came back with a take over and equalled. But immediately Zolnir was smarter on the ground and won by a hold down. Malzahn led the Head2Head by 6-1, now 6-2. Malzahn and Van Emden finished third.

In the men’s U73kg Joao Pina collected the gold by his win over Dutch favorite Dex Elmont. It was his fourth win at a World Cup and second this year after winning the World Cup in Lisbon too. Pina won the European title in April.
Joao Pina defeated Kodzokov (RUS) by ippon in the semi final. Elmont defeated Tomasz Adamiec in the semi final, they know eachother for a long while in their U66kg junior period and Elmont was again able to beat Adamiec, and now leads in H2Hs by 3-2 as he won the last three matches, but it wasn’t easy this time.

Big brother Guillaume Elmont was more successful in the end by winning gold. Watched by their parents they saw their sons winning two medals today. Guillaume defeated Takahiro Nakai (JPN) who defeated Elmont this year in Paris. But in Rotterdam where Elmont was born he was victorious over the Japanese. Elmont beat Sergiy Toma in the semi final, Italian Antonio Ciano lost to Nakai, but was on paper the most strong, he defeated both Nakai as Elmont in direct earlier confrontations.