Japan out to hunt Teddy Riner at World Championships 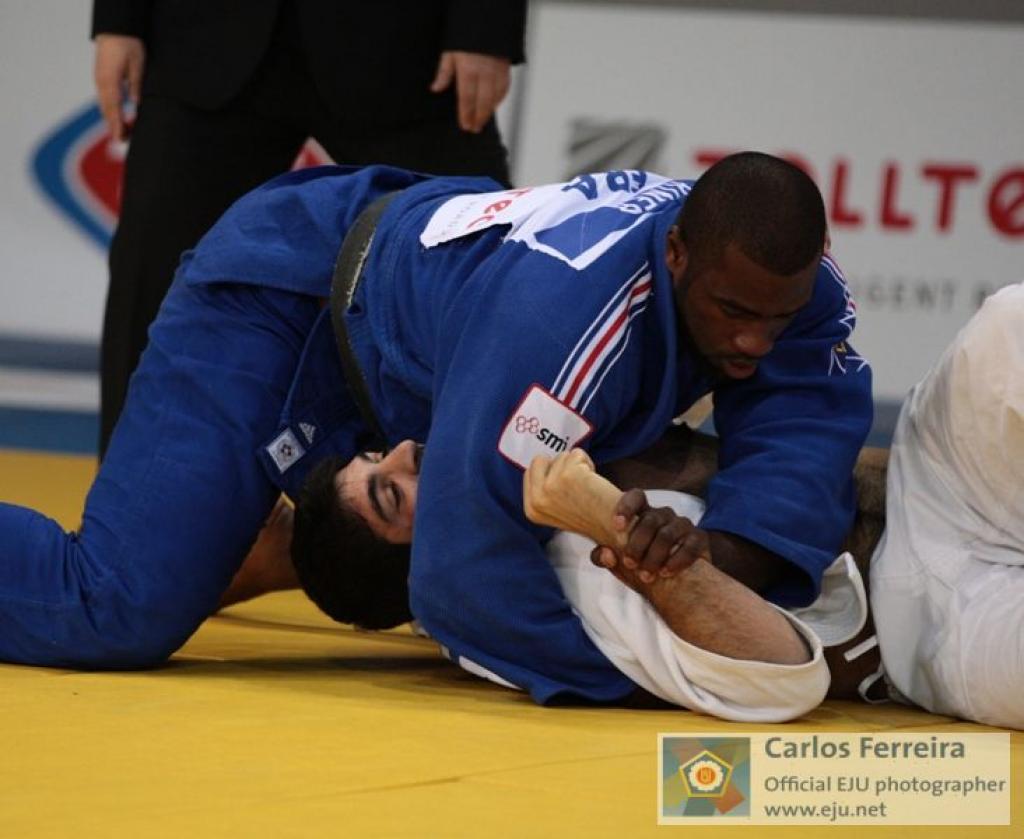 Japan’s heavyweight stars, young and old, are raring to stop towering Frenchman Teddy Riner from stealing the show at the world judo championships in Paris next week.

Japan, who roared to a record 10 titles at last year’s championships at home, are fielding all the holders in a bid to stamp their authority on their native sport in the run-up to the London Olympics a year from now.

But the 22-year-old Riner is hotly tipped to clinch a fourth straight heavyweight title that would make him the first male judoka to collect five world championship gold medals. He also won the 2008 open-weight title.

But his bid for a record fifth world title was denied as he lost Japanese newcomer Daiki Kamikawa by a split 2-1 decision in the showpiece open-weight final.

Riner, nicknamed “Teddy Bear,” avenged the defeat in February by dumping and pinning Kamikawa for a knockout “ippon” in the over-100kg final in Paris, in one of the world’s four premier judo Grand Slam events.

Now, Kamikawa has armed himself with new tactics to overcome Riner, who stands 19cm taller.

“I have developed my strategy. I will try not to backpedal in gripping,” the 21-year-old Meiji Uni­ver­sity student said during training in Tokyo this week.

“Ultimately, my goal is the gold at the Olympics. But I strongly feel like getting one now.”

Riner, who had to settle for bronze at the 2008 Beijing Games, his Olympic debut, faces another Ja­­pa­nese in the heavyweight contest – 2004 Olympic champion Keiji Suzuki.

Suzuki, 31, crashed out early in the Beijing Olympic under-100kg contest but has fought on to win the prestigious open-weight national championship in April.

“I will aim only for the gold medal and live up to the name of Japanese judo,” declared the veteran, who also has two world championship gold medals to his name, won in 2003 and 2005.