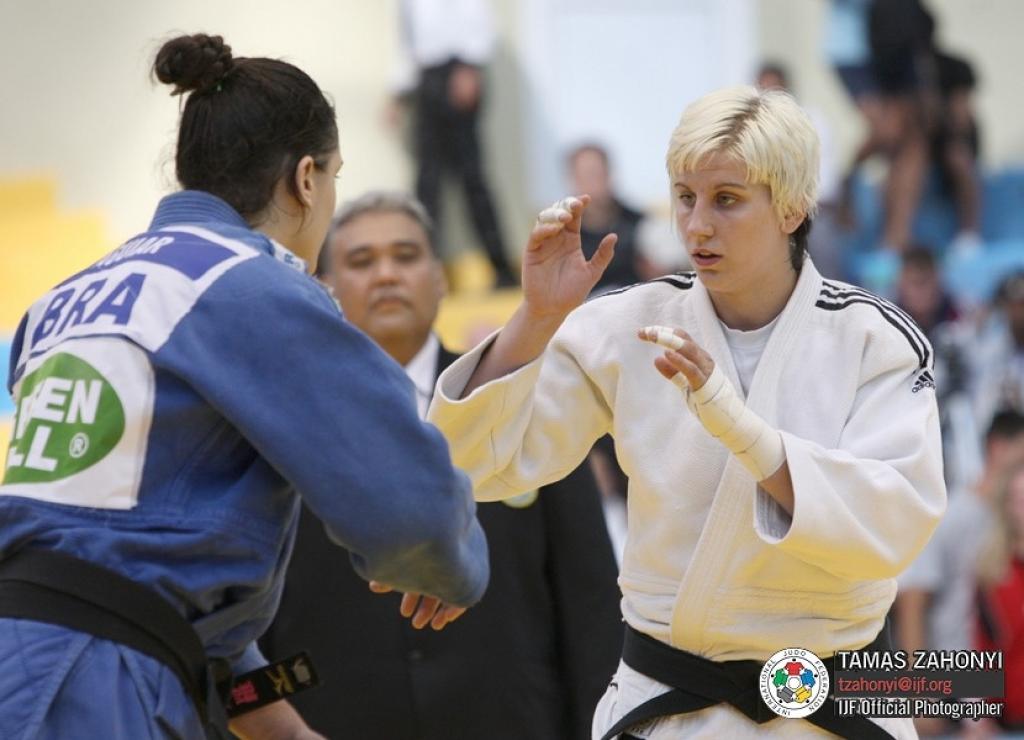 Japan was not only dominant at the lightweight categories on Thursday, at the last day of the World Junior Champions in Agadir the Japanese won another three gold medals, in the heaviest categories. On Sunday Japan improved the best ever result of last year’s 8 gold medals, to an amazing number of 9 world champions and 20 medals in total. The junior follow the senior results.

On Sunday the only category not won by Japan was the women’s U78kg category. Brazilian Mayra Aguiar was the favourite in advance. She had already won three world junior medals in the past which is a record, but she added her first world title. No one ever won so many medals since the start in 1974.
For Brazil the gold resulted in a jump at the medal tally from position eight to two, behind Japan. Brazil had already collected two silver medals and one bronze, all for women.
Aguiar defeated Ana Velensek of Slovenia, who lost the second world final for Slovenia. Earlier Vlora Bedeti won silver U63kg. But Aguiar was dominant defeating all three medallists. The second European medallist in this category was Ivana Maranic of Croatia, a unique medal. Croatia never won any medal at the World junior Champions. Last year Andrea Bekic was close finishing fifth, but 19-year old Maranic now won bronze, the same colour as the last U20 European Championships. Maranic is already experienced in the senior category where she won three consecutive national titles.

Kazachstan also won four medals in the same order as Brazil, but all men. Today a bronze medal by Viktor Demyanenko U100kg. This category was dominated by Ryunosuke Haga (JPN). Feyyaz Yacizi won the third bronze medal for Turkey, the same number as last year and a confirmation of the progression for the organiser of the European senior Championships next year.

The men’s heavyweight category resulted in three Asian medallists. Roy Meijer of The Netherlands won bronze, but the category was won by Takeshi Ojitani (JPN). Ojitani defeated Meijer rival Pascal Scherrenberg in the first round. It would have been interesting to see what he had done as he was Holland’s first choice in advance. That was the reason that Meijer was able to compete at the European Championships in Samokov where Meijer won gold. But with two competitors able to compete Holland had even more chances. Japan was nevertheless outperformer in almost all categories and was simply unreachable for the rest.