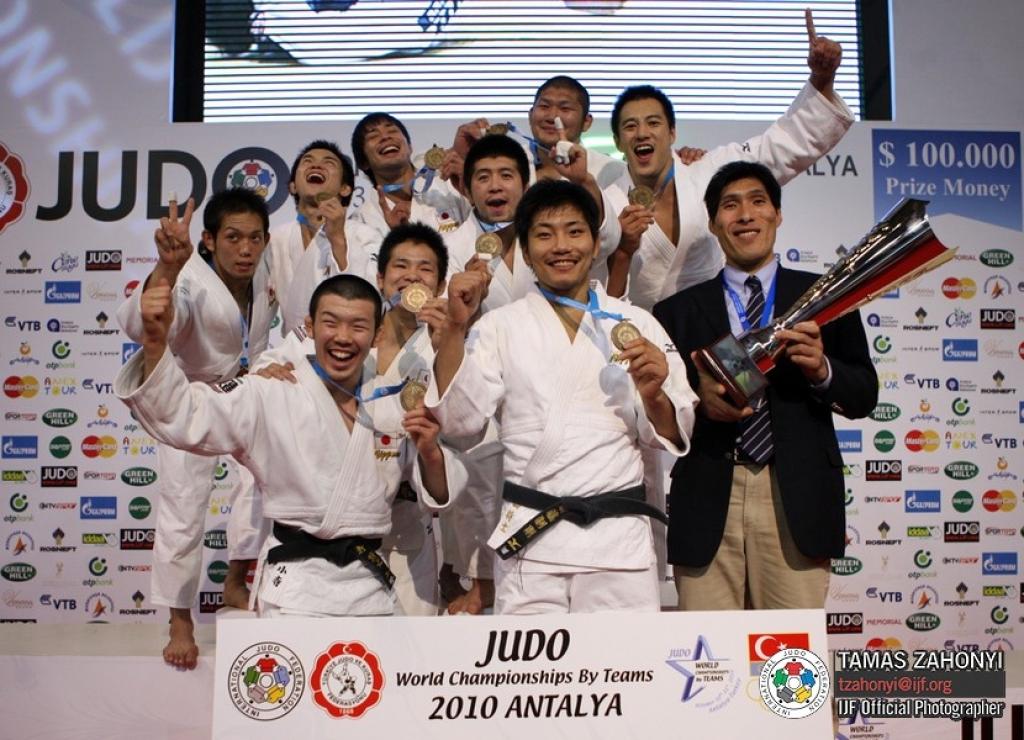 The Japanese men’s team has won the 2010 World team Championships. Japan defeated the team of Brazil by 4-1 in the final. It was the fourth title for Japan since the first edition in 1994 and already the third final between Japan and Brazil, all won by the Asians.

It was Japan leading from the start when Musashi Ogura defeated Alex Pombo by ippon in the category U66kg. Masahiko Otsuka defeated Bruno Mendonca. Fortunately for Brazil, the experienced Flavio Canto was able to turn the gap and stop Japan from devastating Brazil in the first three matches. Canto won his match against Masahiro Takamatsu, the bronze medalist of the recent World Championships in Tokyo. But Masashi Nishiyama, the number three of his country and last year’s Asian Champion was victorious over Brazil’s Rodrigo Luna in the fourth and decisive match.
Hiroki Tachiyama, also a bronze medalist at the worlds, won the last irrelevant match for the honour of his country making a definite 4-1 victory for Japan.
Tachiyama smashed Rafael Silva for the last point of the event.
An event that was organized perfectly by the Turkish federation and an excellent preparation of next year’s European Championships in Istanbul.

Korea and Russia both won the bronze. Read more about these matches in our previous news article: