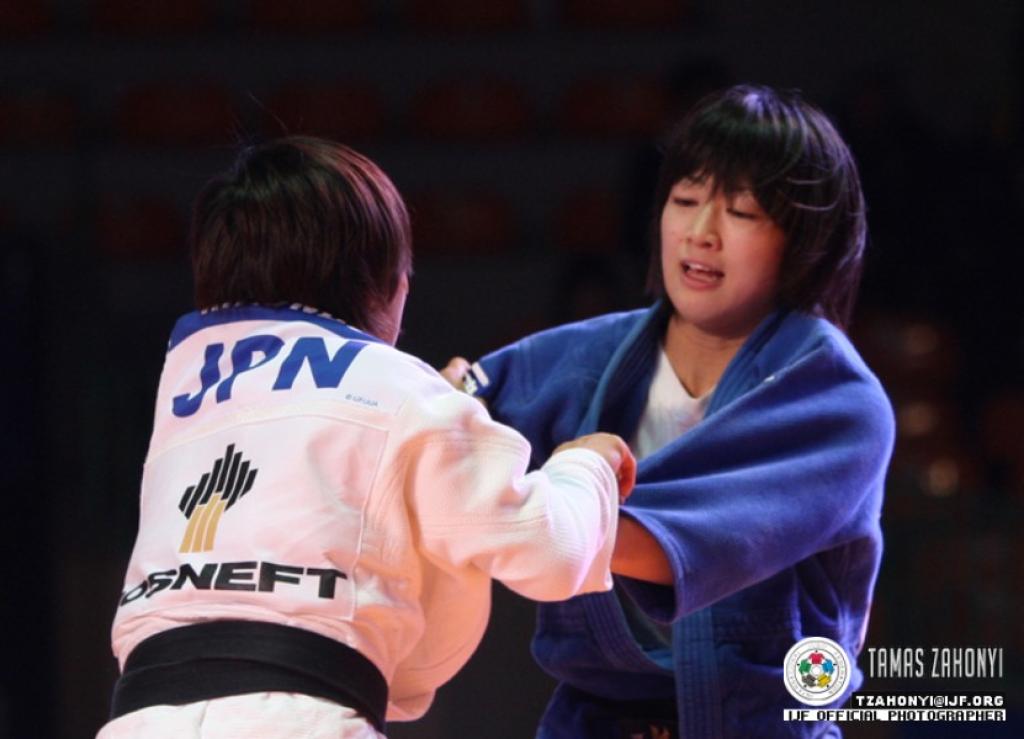 At the World Cup of Budapest, the women’s lightest three weight categories were on today’s schedule. Japan dominated again in all weight categories. In the women’s U48kg class Haruna Asami (JPN) (pictured) took the gold medal. In fact she barely doesn’t know how to loose. She won the World Cups of Sofia and Vienna last year, the Grand prix of Tunis, World title for students, Suwon masters and today the year circle is round with her win in Budapest. She defeated world junior Champion Sara Menezes (BRA).

The real Hungarian favourite is Hedvig Karakas, but she didn’t start today U57kg. It was Aiko Sato (JPN) who won this category and took the third title for Japan. In the final she easily beat Joliane Melancon of Canada who had the Olympic spirit and won her second world cup medal in her career.
Nae Udaka (JPN) and Andrea Chitu (ROM took the bronze medals.