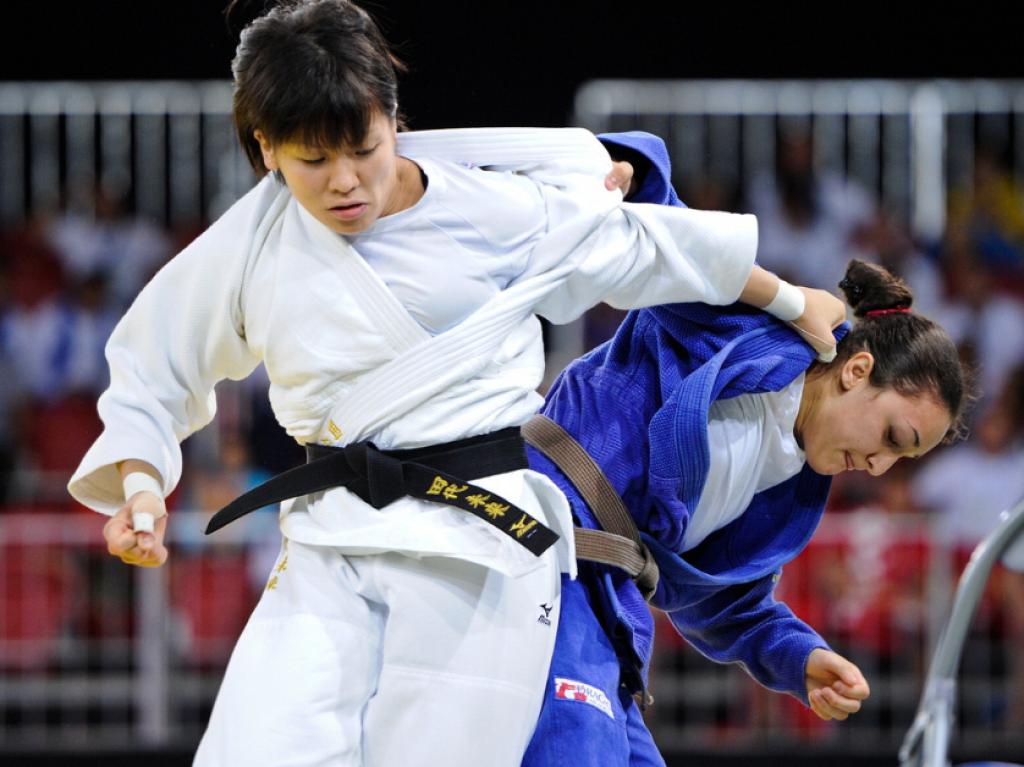 Miku Tashiro kept her strategy simple but it proved a winning formula as the Japanese judoka won gold in the girls 63kg category on the second day of competition at the International Convention Centre.

Tashiro, who consigned Brazilian Flavia Gomes to the silver, said her tactic was “to grab my opponent in order not to be pushed”. And it paid off as she performed an ippon (full point) on her opponent three minutes into the bout.
The match was a battle between the U17 world champions of 2009 U63kg (Tashiro) and U57kg (Gomes).

Gomes accepted her defeat graciously. “Japan has a big judo tradition, but this was no reason to take a backwards step,” she said. ”I was not scared. I gave my best but sometimes it (a loss) happens. I wanted to represent Brazil well but silver will have to do.”

The first European bronze medal was for Croatia’s Barbara Matic who defeated Gulnoza Matniyazova (UZB) in extra time, avenging an earlier defeat at the hands of her Uzbekistan opponent.

“It was the second time I was competing against this Uzbek girl,” Matic said. ”The first time I lost, so this time I just decided to be more wary (of her). The whole fight was rather passive but she was maybe too passive, that’s why she was penalised.”

“My plan was to go all the way through from the first seconds of the bout, because I knew that as the seconds ticked away, it would be tougher and tougher to confront my opponent,” said Naginskaite, who performed an ippon just 31 seconds into the fight.