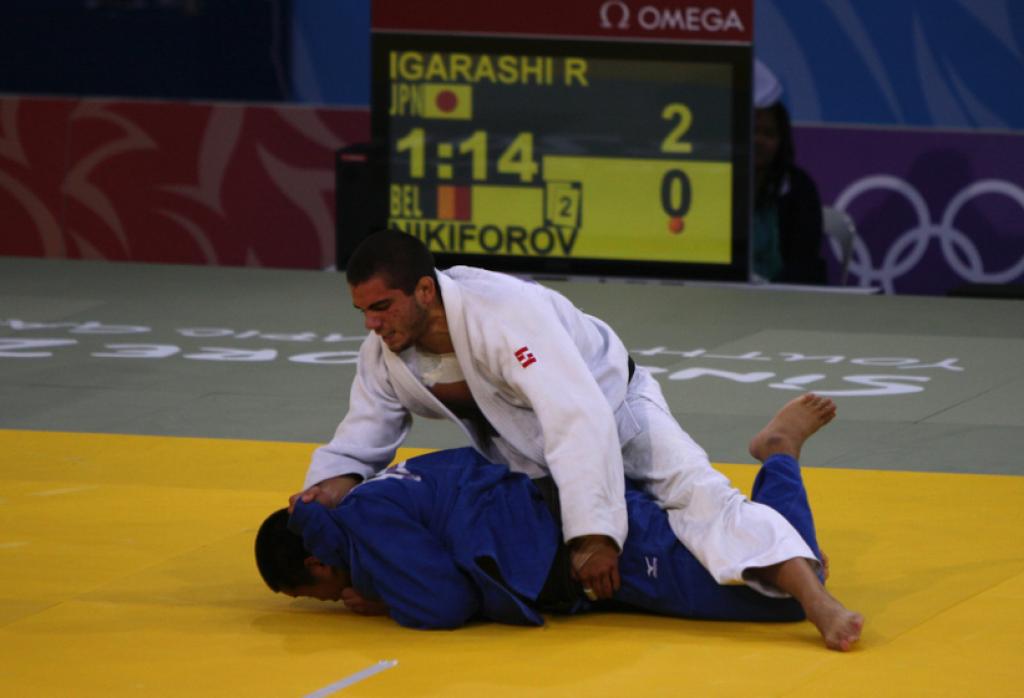 Japan’s Ryosuke Igarashi made the most of his thorough preparation and an injured opponent to win gold in the boys U100kg category.
The Japanese defeated Belgian Toma Nikiforov in the final scoring a win via two yuko in what was a tight contest.

Igarashi’s victory saw Japan become the third nation, along with Korea and the USA, to achieve a 100 per cent winning record with both judokas at Singapore 2010.

Nikiforov was disappointed not to be at full strength for the final bout due to an injury.
“I could have beaten him but I had an injury in the semi-finals, so it was difficult for me,” the Belgian said.

The 17-year-old Igarashi, who ranked first at the 2009 Cadets’ World Championships in Budapest, said his preparation for Singapore 2010 was the key to his hard-fought victory.

“I practised a lot at judo schools with some other seniors. It was because of their help that I was on the podium,” he said.

“My opponent’s shoulder was injured. I knew about it and I was able to take advantage. It helped me seal the win.”

Igarashi clashed with Nikiforov in Budapest last year, and said the Belgian had improved considerably.

“In my previous match I only needed one minute to win, but this time I had to work a lot harder,” he said.

Piepke, the world’s number three in 2009 as well, was stuck in a scoreless deadlock against Serbia’s Mateja Glusac for the full six minutes, including golden score, but was adjudged the winner via hantei (referee’s decision) in a unanimous verdict.

“I kind of expected they would decide in my favour, but I was very nervous,” Piepke said.

“I didn’t even look at the referees, I only knew by the cheers of my teammates that I had won.”

Piepke, who made use of Austrian team coach Marko Spittka (former German judoka who won a bronze medal at the Atlanta 1996 Olympic Games) as a warm-up partner while waiting for the bout against Glusac, had mixed feelings about the bronze medal.

“I have to admit that today I probably didn’t show my best judo,” he said.

“The Belgian (Nikiforov) was stronger than me, and he deserved to fight in the gold medal match.”