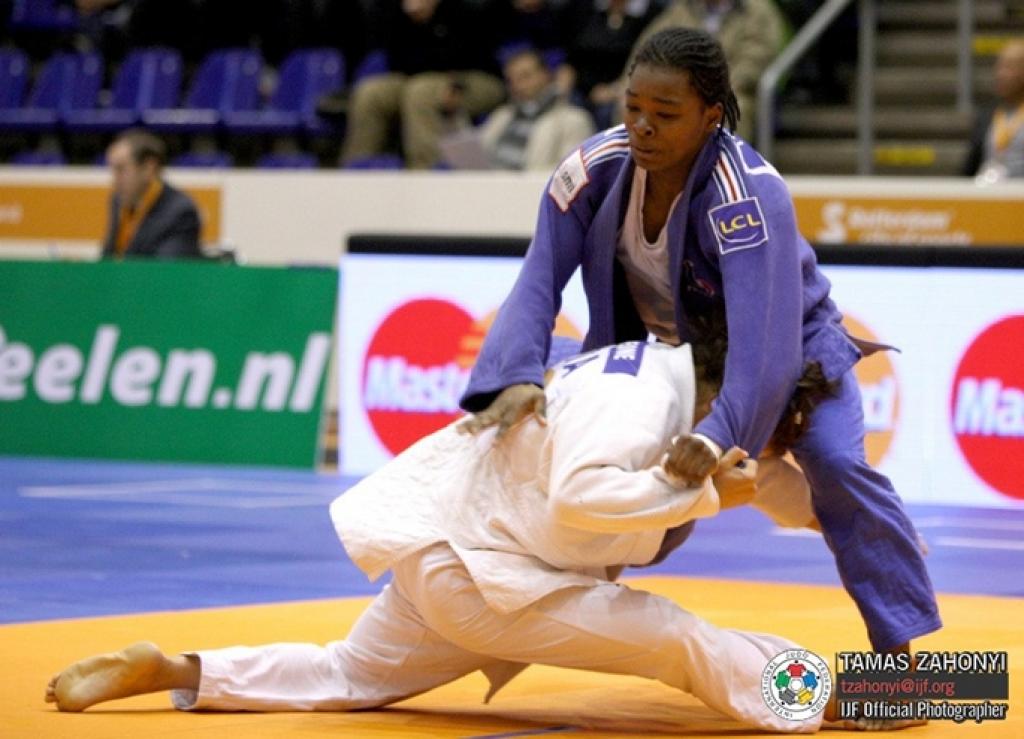 The Japanese team have won five gold medals at the Grand Prix of Rotterdam, two more than host nation The Netherlands. Japan collected two first places at the last day by with victories for Akari Ogata U78kg and Hiroki Tachiyama in the men’s heavyweight category.

Tachiyama defeated Vladimirs Osnachs of Latvia in the final. Latvia won eight Gold medals in the past, nine silver medals since 1997 and four of them this year. Three times this year Borodavko, four in total. But Latvia won 28 medals until 2009, this year they already collected 10 medals in international tournaments, in total 38 medals. Nineteen, exactly 50% won by Vsevolods Zelonijs alone, 11 by Borodavko, the junior World Champion of 2004.
Tachiyama recently finished third at the World Championships in Tokyo when he lost to Riner in the semi final of the open category.

In the men’s U100kg final Dutch Henk Grol was victorious over Jevgenijs Borodavko, as well from Latvia. Grol was the expected winner in this category and could enjoy the applausè of the homecrowd. Grol won the only Dutch medal today, yesterday the Dutch won two gold medals and finished second in the medal tally.

In the women’s U78kg World Champion Kayla Harrison finished third after her loss to French talent Audrey Tcheumeo. But the French lost to Junior World Champion Akari Ogata in the final.

The plus category was again for Turkey. Last week the Turkish women collected two gold medals in Baku, now it was Gulsah Kocaturk who won the +78kg division, last week Belkiz Zehra Kaya who now won the bronze. The Turkish women have won four World Cups or Grand Prix this year, more than ever before, only in 1995 Turkey won six gold medals, 3 men, 3 women, but five of those gold medals at the International tournament of Sofia. Now the field us much stronger and Turkish judo is clearly in the elevator.